SPIEGEL has learned that the German government has developed a proposal calling for special economic zones to be created in crisis-plagued countries at the periphery of the euro zone. Under the plans, foreign investors could be attracted to those zones through tax incentives and looser regulations.

The proposal is part of a six-point plan the German government plans to introduce into the discussion on measures to stimulate economic growth taking place in the European Union. The proposal also calls for the countries to set up trusts similar to the Treuhand trust created in Germany at the time of reunification that then sold old off most of former East Germany's state-owned enterprises in order to divest those countries' numerous government-owned companies.

The plan also calls for the countries to adopt Germany's dual education system, which combines a standardized practical education at a vocational school with an apprenticeship in the same field at a company in order to combat high youth unemployment.

The plan recommends that countries with high unemployment also adopt reforms undertaken by Germany, including a loosening of provisions that make it difficult to fire permanent employees and to create employment relationships with lower tax burdens and social security contributions.

Frank-Walter Steinmeier, the center-left Social Democratic Party's (SPD) floor leader in parliament, has made greater economic stimulus measures a precondition for his party's support for the European fiscal pact agreed to in March by 25 EU countries that is still awaiting ratification in the Bundestag. "Without taxation of the financial markets, without a strengthening of investment power and without an expansion of the loan volume available to the European Investment Bank, the SPD will not go down the same path as the federal government," Steinmeier told SPIEGEL. The comments marked the first time the opposition leader linked growth measures to support for the fiscal pact. Previously, he had fought other members of his party making that demand.

"I guarantee you, there will only be a fiscal pact if it includes complementary growth elements," Steinmeier said. "If they aren't in it, then the SPD will not agree to it." The demand puts Merkel in a corner given that passing the fiscal pact will require a two-thirds parliamentary majority. The chancellor will need support from the ranks of the opposition.

"Other conditions are that the concerns of the federal states need to be cleared up and that the question of parliamentary participation must be clarified," he said, referring to the voice that would be given to the Bundestag in making decisions relating to the fiscal pact. Steinmeier also called for the creation of a European debt repayment fund. He said that euro bonds, which are currently being promoted as a way out of the crisis by French President François Hollande, could only be introduced "if they come with strict conditions and we have harmonized European economic and finance policy." 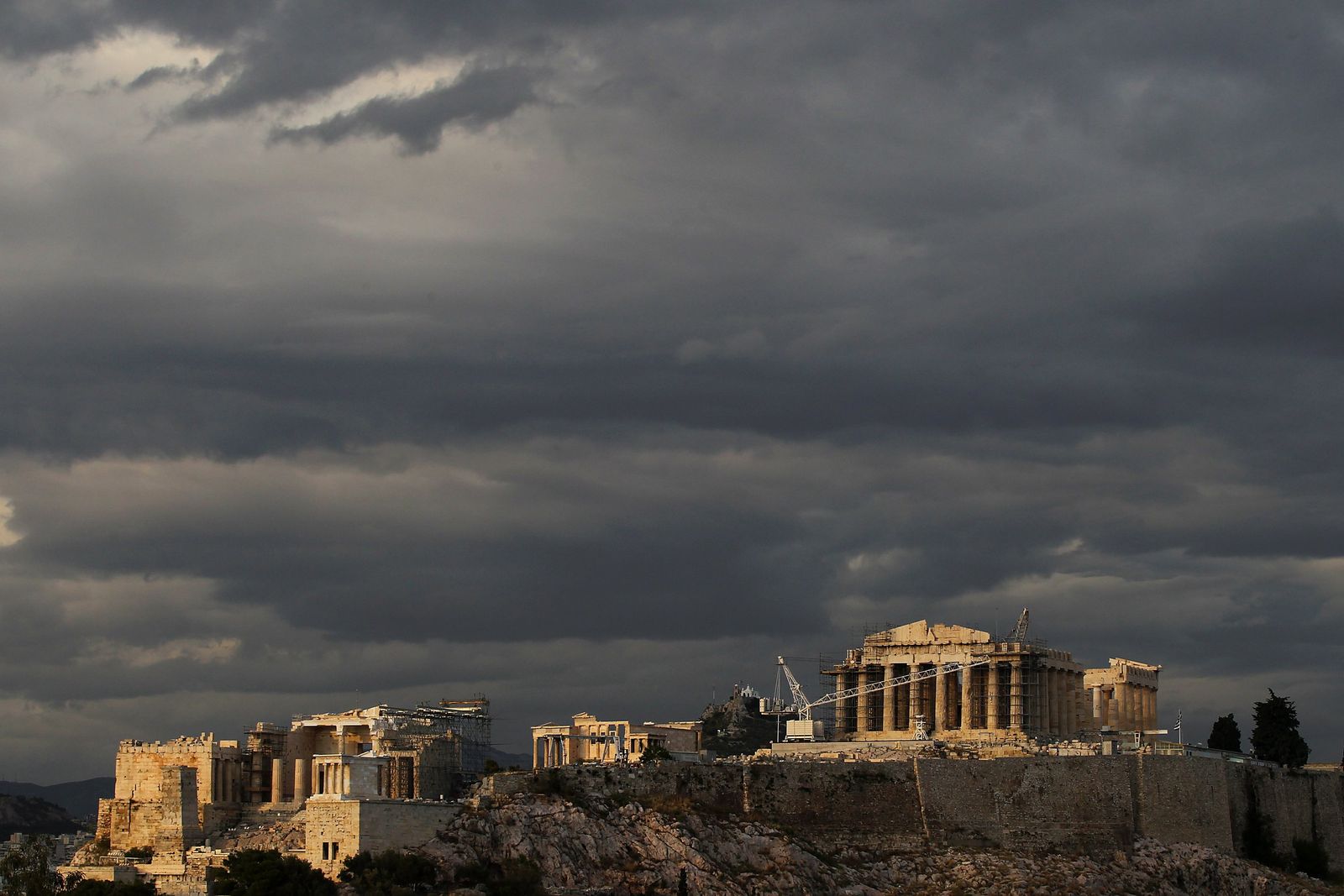 Dark clouds gather over the Acropolis in Athens: Germany is preparing a plan that could give tax breaks and create special economic zones in countries like Greece.