There are many stories about immigrants from Romania and Bulgaria, and evidence can often be found to support them, whether they are about how these countries are home to doctors and engineers who are urgently needed in Germany, or about entire village communities with no job prospects who have found their way into the German social welfare system.

The reason they come remains the enormous disparity in wealth between Germany and the residents of these countries, where workers often earn hardly more than €180 ($245) per month. And the situation is unlikely to change soon, which makes the question of how the wave of migration will play out an interesting one.

The people coming from both countries are certainly not a homogenous group. On the one hand, there are university graduates whose departures weaken their home countries. But there are also members of minority groups like the Roma, many of whom have little occupational training, or are even illiterate.

The latest political debate surrounding the issue was sparked by the European Union opening its labor market to the citizens of these two new member countries, and the question of whether their presence benefits economic development or poses a burden to the social system. But research on the matter yields varying results, and regional differences are large.

Influential German weekly Die Zeit wrote that 80 percent of immigrants from Bulgaria and Romania are in jobs that require them to make social insurance contributions. This number was subsequently picked up by various other media and attributed to renowned migration researcher Klaus Bade, who headed the Expert Council of German Foundations on Integration and Migration (SVR) until mid-2012.

Asked to comment, Bade has since distanced himself from that figure. He now says that 80 percent of these immigrants are working, "and of these about 46 percent are qualified and over 20 percent are highly qualified."

The SVR reports "labor-market participation" of 81.4 percent for those from Romania and Bulgaria who have come to Germany since 2007, citing a special analysis of the 2011 micro-census conducted by the Federal Statistical Office (Destatis).

But citing "labor-market participation" means little -- even those who have registered as unemployed are counted as participating in the labor market. Furthermore, only 25- to 44-year-olds were considered -- the group with the highest employment rate to begin with.

The German Institute for Economic Research (DIW) recently concluded that the employment rate for 15-to 65-year-olds who have moved to the country from Bulgaria and Romania since 2007 was at 62.6 percent in 2011. According to the DIW, the micro-census cited by the SVR is not particularly significant because "small sample sizes" permitted only "rough analysis." Nevertheless, the Institute for Employment Research concludes: "Overall Germany profits from this immigration."

But Stefan Böckler, a sociologist at the Duisburg Office for Information Logistics, disagrees. "Labor-force participation is not an indicator for a labor market integration that insures livelihoods," he argues.

Analysis of data from the Federal Employment Agency, Destatis and the cities of Duisburg and Dortmund, both of which have a particularly high population of these immigrants, showed that just 10.8 and 14.8 percent of this group respectively were working jobs in which they paid into the social insurance system. Meanwhile, some 90 percent of the Bulgarians and Romanians registered at the Federal Employment Agency's job center had not completed vocational training and therefore had little chance of entering the workforce.

More revealing statistics will only begin to emerge now that the labor market has been fully opened to Bulgarians and Romanians. 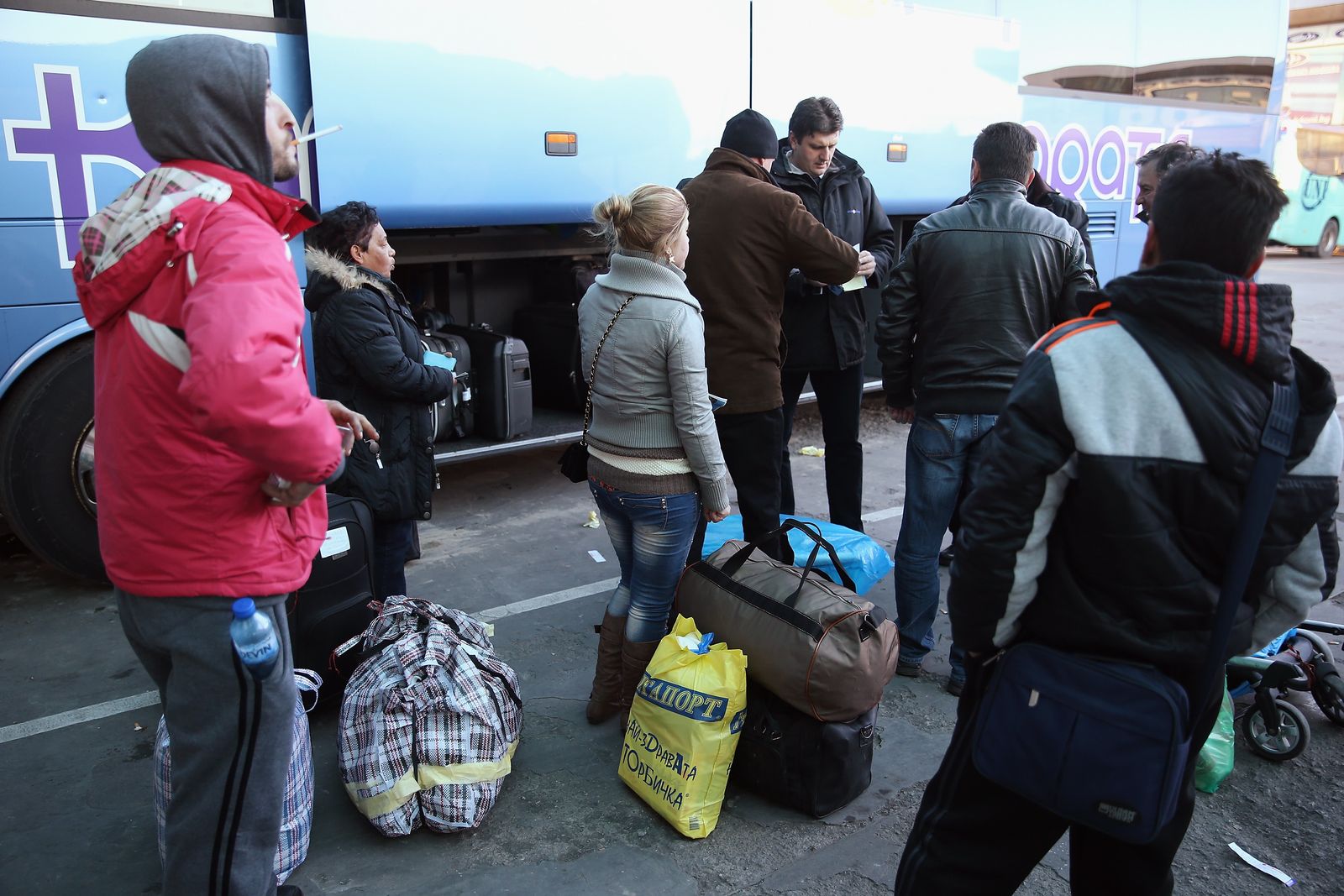 Passengers in Sofia, Bulgaria board a bus destined for Germany in 2008.