If there is one thing that has seemed to characterize the euro crisis, it is the lack of alternatives. The common currency bailout fund, for example, had to be vastly enlarged to prevent financial markets from plunging the common currency zone into chaos. Spain had to be given billions in aid to prevent its banks from collapsing and making the situation even worse. The list of instances in which European leaders have made moves they've called mandatory is long.

Such tunnel vision, however, hasn't exactly led to a swift end to the economic woes sweeping across the Continent. Increasing numbers of economists and politicians are predicting that Greece will soon collapse into uncontrolled bankruptcy -- exactly the scenario that Europe has been struggling to avoid for the last two years. The €100 billion Europe has pledged to Spanish banks has failed to stop rising interest rates on the country's sovereign bonds. And both Madrid and Rome may ultimately have to apply for a full bailout, which would stretch the euro backstop funds to their limits. It seems time to start seriously considering whether there might be another way.

Two concepts are already out there, of course. There is the arch-liberal idea that, simply put, calls for allowing them all -- both the troubled banks and the deeply indebted countries -- to go broke. The resulting recession, of course, would be painful. But it is the necessary catharsis, proponents of this idea say, following past spending excesses.

Then there is the left-wing strategy, which calls for the immediate introduction of communitized European debt in the form of euro bonds in addition to a Continent-wide banking union. German taxpayers would become the primary backers of European debt, and a euro-zone-wide deposit guarantee would help ensure the stability of banks in the bloc. Other ideas tend to be a mixture of these two approaches.

Astoundingly, however, there really is a novel approach out there -- on the far left of the German political spectrum, no less. Its author, Sahra Wagenknecht, is the deputy floor leader for the Left Party in the Bundestag, Germany's parliament. Wagenknecht, now 43, joined the East German communist party SED in 1989 just a few months before the fall of the Berlin Wall. Until 2010, she was the most prominent member of the Communist Platform, the Marxist wing of the Left Party.

It is perhaps because of this somewhat spotty biography that her concept for solving the euro crisis has received so little attention. And, yet, it is an approach that can't be dismissed out of hand. Even more surprising, at its core, it is a surprisingly neo-liberal proposal.

First and foremost, Wagenknecht calls for a radical debt haircut. "The EU member states should resolve that all sovereign debt above a certain level will not be paid back," she writes. Wagenknecht proposes using 60 percent of a country's annual gross domestic product as the cutoff -- meaning that even Germany, with its debt load worth some 80 percent of GDP, would have to partially default.

Such a euro-zone-wide partial default, of course, would result in the bankruptcies of several European banks and insurance companies due to the amount of European sovereign bonds they carry on their balance sheets. "The financial industry has seriously underestimated the risks associated with sovereign bonds," Wagenknecht writes. Banks and insurance companies, she notes, provided euro-zone member states with fresh capital to the extent that their debt loads have now become unmanageable. Her plan, she adds, merely reflects that "risk and liability are linked in a market economy."

It is a sentence that could just as well have come from the party platform of the business-friendly Free Democrats on the center-right of the political spectrum. Indeed, the same could be said for large parts of Wagenknecht's approach to the euro crisis. But the Left Party politician has also included measures that would reduce the economic effects of a banking crash.

A Way Around the Problem

Following a "technical moment of insolvency," her plan calls for the state to inject fresh capital into the banks so that they can continue serving those sectors that are required for the economy to function. In other words, they would manage customer accounts and extend loans to companies in the real economy, thereby fending off a recession. Much of the investment banking sector, on the other hand, would be liquidated as part of the insolvency proceedings.

The state would also guarantee up to €1 million ($1.2 million) per person in savings and life insurance value. "Anything beyond that would be defaulted as part of the insolvency," Wagenknecht writes.

Under her plan, of course, it would not only be banks that became insolvent, but also countries. And when that happens, those countries are generally shut out from international financial markets for many years. Wagenknecht, however, believes she has found a way around that problem. Euro-zone states would be able to receive a certain amount of financing directly from the European Central Bank (ECB), but only up to a certain maximum -- Wagenknecht suggests capping it at 4 percent of GDP annually.

Under her plan, the ECB would remain independent and continue to focus on controlling inflation and maintaining full control over the money supply in the euro-zone. However, most of the fresh money the bank pumped into the euro zone would no longer flow into the banks but, rather, it would directly benefit national budgets. "At the moment, the ECB is pouring money into the banks in the hope that they will invest a small percentage of it in sovereign bonds," she writes. "It would be much more efficient to give this small percentage directly to the states."

Finally, she envisions having banks extend loans almost exclusively on the strength of the deposits of their customers.

A Number of Positives

To be sure, Wagenknecht's model contains myriad inconsistencies and uncertainties. Her 60-percent cutoff for defaulting on sovereign debt is certainly much too low since it would be difficult to argue that those currently purchasing German sovereign bonds are acting foolishly. Furthermore, you don't have to be a pessimist to point out that governments have hardly proven themselves adequate bank managers in the past, and nationalizing what is left over after European banks go bust would likely end in a fiasco.

The list goes on. For example, no one can say how long the ECB would remain independent if it was providing liquidity to euro-zone member states. The assumption that the "good" parts of the banking business could be cleanly separated from the investment banking sector is also questionable.

Still, there are a number of positives to Wagenknecht's approach. Her model would finally let the air out of Europe's gigantic debt bubble -- one that has hung over the global economy for almost a decade now. Furthermore, the application of strict market economy principles to the banking crisis could cure them of their addiction to high-stakes gambling. After all, the supposedly "mandatory" steps that have characterized the euro zone's response to the crisis thus far have done nothing but reward banks for their incredibly risky business models. 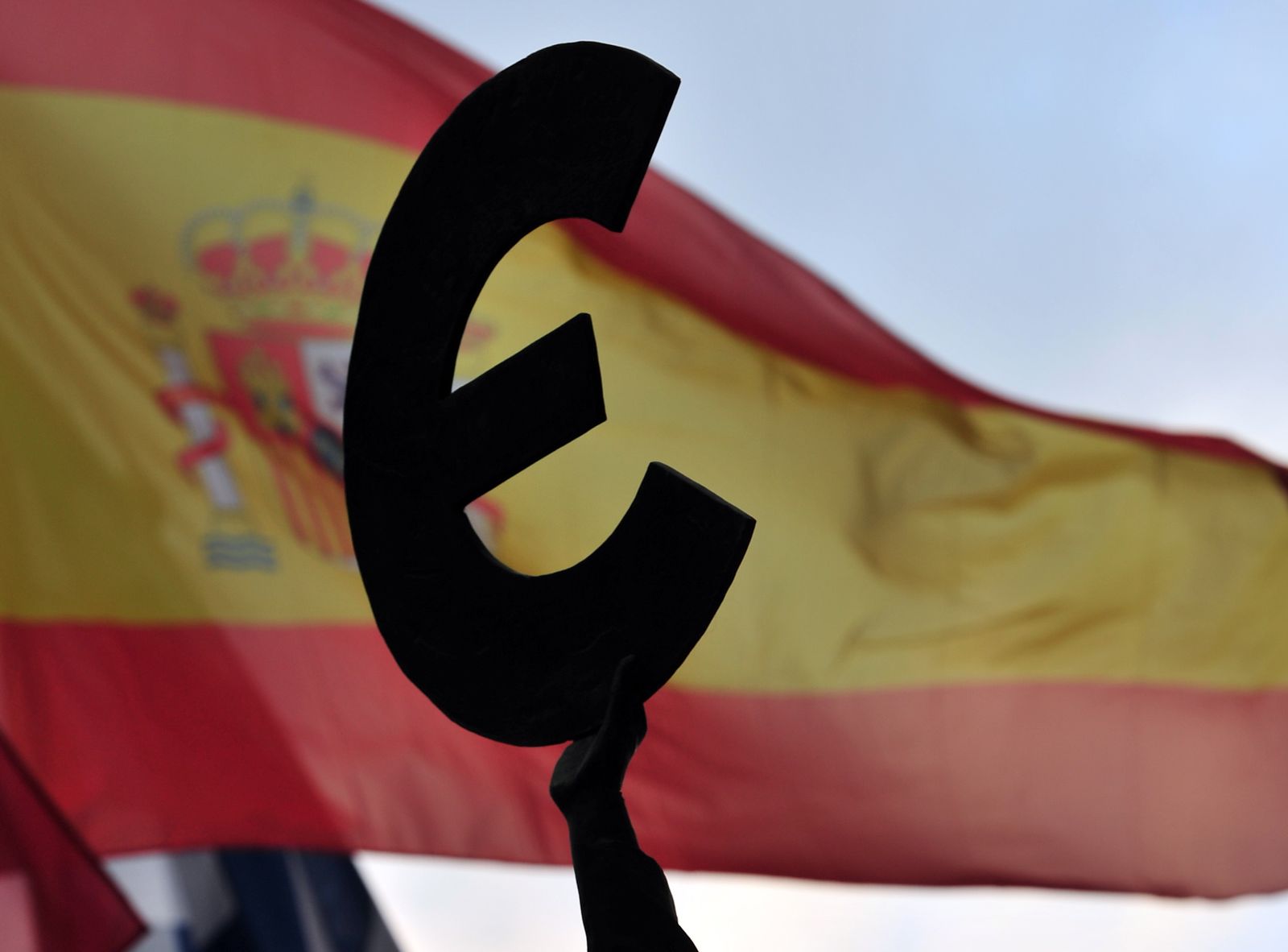 Is there a way out of the euro crisis?