For almost two years, WikiLeaks founder Julian Assange has wiggled out of efforts to have him extradited to Sweden where he faces sexual assault charges. Now with the decision of the Ecuadorian government to grant him asylum at its London embassy, Assange got another reprieve. What happens next is far from clear.

The British government has retaliated by threatening to invoke a little used law to remove the embassy's diplomatic status so that it can ship Assange to Sweden. The law was enacted in 1987 after a British police officer was shot outside a Libyan embassy. In doing so it would be violating the principles behind the 1961 Vienna Convention which deemed embassies as extra territorial areas so that diplomats could work undisturbed in foreign countries. Furthermore, London has promised to arrest Assange as soon as he sets foot on British soil, something he would have to do should he wish to travel to Ecuador.

Of course, the high stakes game of chicken isn't just over the Australian's alleged sex crimes. In releasing reams of classified communications, mainly US diplomatic cables and military documents from Iraq and Afghanistan, through his website WikiLeaks, Assange became an instant international outlaw. Assange has said he fears that once in Sweden he will be extradited to the US where he would face serious charges over the release of classified US government documents.

The German newspapers see the latest development in the Assange saga as a political power struggle pitting Great Britain against Ecuador, which is no stranger to human rights abuses. Assange is just a small pawn in that larger game.

By granting Assange asylum, editorialists agree that the South American country is thumbing its nose at the rest of the world and that President Rafael Correa is flexing his muscle on the international stage. Meanwhile Great Britain's forceful response, they say, comes at the expense of established international norms. Julian Assange, they argue, isn't worth the trouble.

"Whatever one thinks of Julian Assange and his deeds, he is neither Osama bin Laden nor a mafia boss. That's why, carefully put, it was a blunder that the British government challenged Ecuador by referring to a law that allows it to retrieve asylum seekers from embassies in individual cases.... By heading down that path, the British government has done Assange a favor. Now, he can continue working on his own myth."

"That a government such as Ecuador's, of all countries, can now pose as a defender of human rights is shameful, but that is in the end London's fault. Unfortunately, it has also meant that the fact that Assange is accused of raping a woman in Sweden has taken a back seat."

"The case of WikiLeaks founder Julian Assange has become an unbelievable example of international hypocrisy. Both of the countries involved, Great Britain and Ecuador, are blameworthy."

"Far from the world's attention, the (Ecuadorian) government is evicting an ex-government worker from Belarus who has enjoyed three years of asylum status in Ecuador. The reason is that six weeks ago, Belarussian President Alexander Lukashenko was in Quito to sign a number of trade agreements and applied pressure. A short time later the man, Alexander Barankov, was arrested in Quito. Against this background, the flowery words of Ecuador's foreign minister about the huge importance of political asylum don't hold much value."

"Great Britain, for its part, has openly threatened to storm the Ecuadorian embassy with police forces in order to arrest Assange. That makes an absurdity out of its own internationally supported position about the protection of diplomatic representatives and adherence to the Vienna Convention."

"That the British government is prepared to even suggest setting such a precedent is a tough blow. That they are giving Assange so much importance is surprising."

"Why does (Ecuadorian President Rafael Correa) have so much sympathy for an Australian named Julian Assange...? Because Correa sees the founder of the whistle blowing platform WikiLeaks as a soul mate. By publishing classified dispatches that have exposed the US above all, Assange has pleased Correa. He belongs alongside Venezuela's Hugo Chavez, Bolivia's Evo Morales and Cuba's Fidel Castro as the most important opponents of Washington. Secondly the temperamental Ecuadorian smells a chance to play a little world politics and show off the new self confidence of South America."

"Offering asylum is his right. Practically it will be much more complicated. Sweden is pushing for (Assange's) extradition not because of (WikiLeaks) but because of his alleged sexual assaults. From that point of view, he cannot formally be considered to be the victim of political persecution. In any case Correa is allowed to protect his embassy from encroachment by England. Yet he should display just as much respect for his critics at home."

"Julian Assange will likely send a thank you letter to the British government -- though not likely with Ecuadorian stamps. The founder of the whistle blowing platform WikiLeaks, who is hiding in the London embassy of the Andean nation, obtained political asylum in Ecuador. With that, he has received a lot of free PR from the blundering Brits who have catapulted the almost forgotten Australian back into the headlines. And he is even in his favorite roll as David fighting against the Goliaths of the world, mainly the US and Great Britain."

"Great Britain has helped Assange again portray himself as a victim of political persecution…. In truth Assange is fleeing from a long prison term in Sweden. And the Ecuadorian government, above all President Rafael Correa, wants to poke at the unloved US by granting asylum to Assange. The relationship of the two countries has been tense for years." 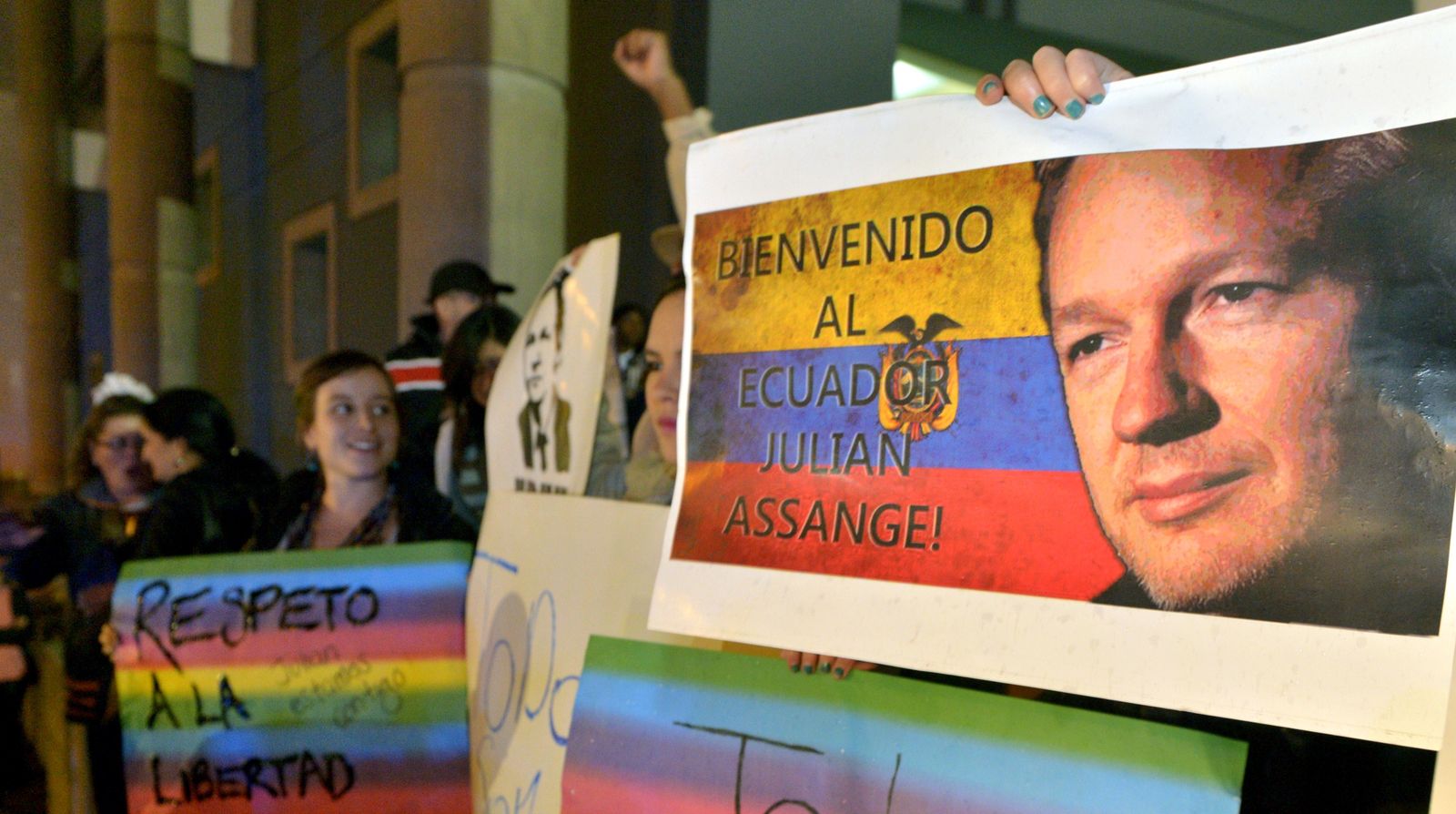