It was supposed to end decades of disagreement between Switzerland and Germany over tax evasion, but on Friday lawmakers in Berlin put a stop to it. The country's upper legislative chamber, the Bundesrat, voted against implementing a long-awaited tax treaty that parliament had already approved.

The conflict between the two neighboring countries on the issue now threatens to continue after members of the opposition Social Democratic Party (SPD) and the Green Party used their majority to block the measure in the Bundesrat, which represents the interests of Germany's 16 states. The issue must now be addressed by the Mediation Committee between the upper and lower parliamentary chambers. But any potential agreement would then have to be re-approved by Switzerland.

The tax treaty, which would have retroactively taxed the unclaimed money held by German citizens in Swiss bank accounts, was expected to bring in about €10 billion ($12.9 billion) in tax revenues. Under the agreement, money stashed in Switzerland over the last 10 years would be taxed at a rate of between 21 and 41 percent, and the tax evaders would remain anonymous. Beginning in 2013, they would then be taxed at normal German rates. But the SPD and Greens said the agreement didn't go far enough.

They voted against the measure despite warnings from Chancellor Angela Merkel's party, the conservative Christian Democratic Union (CDU). The party's General Secretary Hermann Gröhe told daily Neue Westfälische ahead of the vote that their "total refusal" on the issue is "irresponsible" and will cost the country's states billions.

Earlier in the week during budgetary debates in parliament Finance Minister Wolfgang Schäuble also referenced the states' empty coffers, saying it would be unacceptable if the Bundesrat failed to approve the measure. As claims on back taxes become invalid due to the statute of limitations, billions are being lost, he said. SPIEGEL has learned that the finance minister also offered the states some €3 billion in additional funding if they approved the treaty.

That prompted Peter Friedrich, an SPD member of the Bundesrat from Baden-Württemberg, to accuse Schäuble of trying to buy the state's votes. "Our substantial criticisms haven't been addressed. Instead there is an attempt to whitewash mistakes with money." he told news agency DAPD. "For us, tax fairness and ethics are non-negotiable."

In an interview with radio station Deutschlandfunk, the state of North Rhine-Westphalia's Finance Minister Norbert Walter-Borjans said that Germany must "make clear where the limit is when one side earns its money from another's losses," he said. The state finance minister also criticized Schäuble's calculation that the treaty would bring in billions in new tax revenues, calling it a "lively fantasy."

Despite the Bundesrat's rejection of the treaty, Switzerland, where the treaty has already surmounted parliamentary hurdles, signaled that it would not give up on coming to an agreement on the issue. The Swiss Banking Association also expressed its regret over the Bundesrat decision. 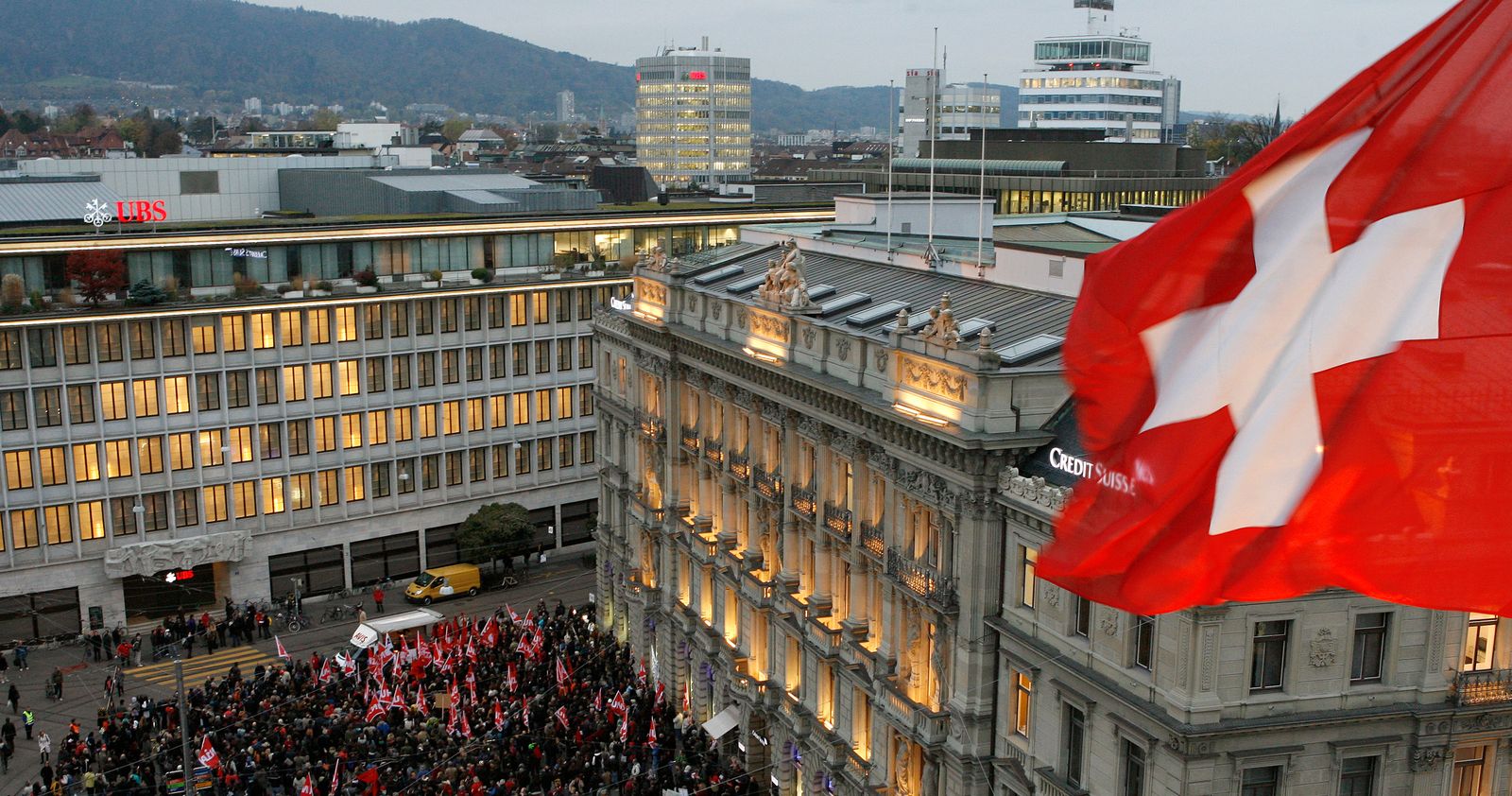 The headquarters of Swiss banks UBS and Credit Suisse in Zurich.