Chancellor Angela Merkel's center-right coalition reached a compromise with opposition parties on Tuesday to give the Bundestag lower house of parliament a greater say in euro bailout decisions, in line with a requirement by the country's highest court for stronger parliamentary involvement.

According to legislation drafted by the ruling conservative Christian Democrats and Free Democrats, along with the opposition Social Democrats and Greens, the whole parliament will decide on bailouts, even in urgent cases, contrary to earlier plans for a small parliamentary panel to give swift approval.

Only when secret steps need to be taken, such as the purchase of government bonds in the secondary market to aid troubled states, will approval be left to a small panel representing parliament. That will ensure the confidentiality required for the operation to have the desired impact on financial markets.

The list of cases in which a plenary session of parliament would be required to give its approval had been extended, said Beck.

"I'm pleased that the coalition now supports the SPD's proposals on strengthening the rights of parliament concerning the euro bailout fund," said SPD parliamentary manager Thomas Oppermann. He welcomed that "as a rule the whole Bundestag will decide on providing billions for the rescue of the euro." The measures would become "more transparent and easier to understand for people," he said.

Separately, the main opposition parties on Tuesday rejected plans by Merkel's government to push a European pact on budget discipline, the so-called fiscal pact, through parliament by June, saying more time was needed to complement it with measures to boost growth.

The pact, agreed on by the leaders of 25 of the 27 EU countries to tackle the debt crisis by ensuring long-term budget discipline, requires a two-thirds majority in the German parliament to pass, meaning Merkel is dependent on the opposition.

Merkel's original plan was to link the vote on the pact to legislation authorising Europe's permanent bailout facility, the European Stability Mechanism (ESM), with both going to the Bundestag in May and the Bundesrat upper house in June.

But opposition parties said Merkel had put too much emphasis on austerity in her euro rescue strategy, and had not focused enough on getting struggling countries such as Greece out of ther deep recessions. They are pushing for additional policies to stimulate growth as a condition for approving the pact. 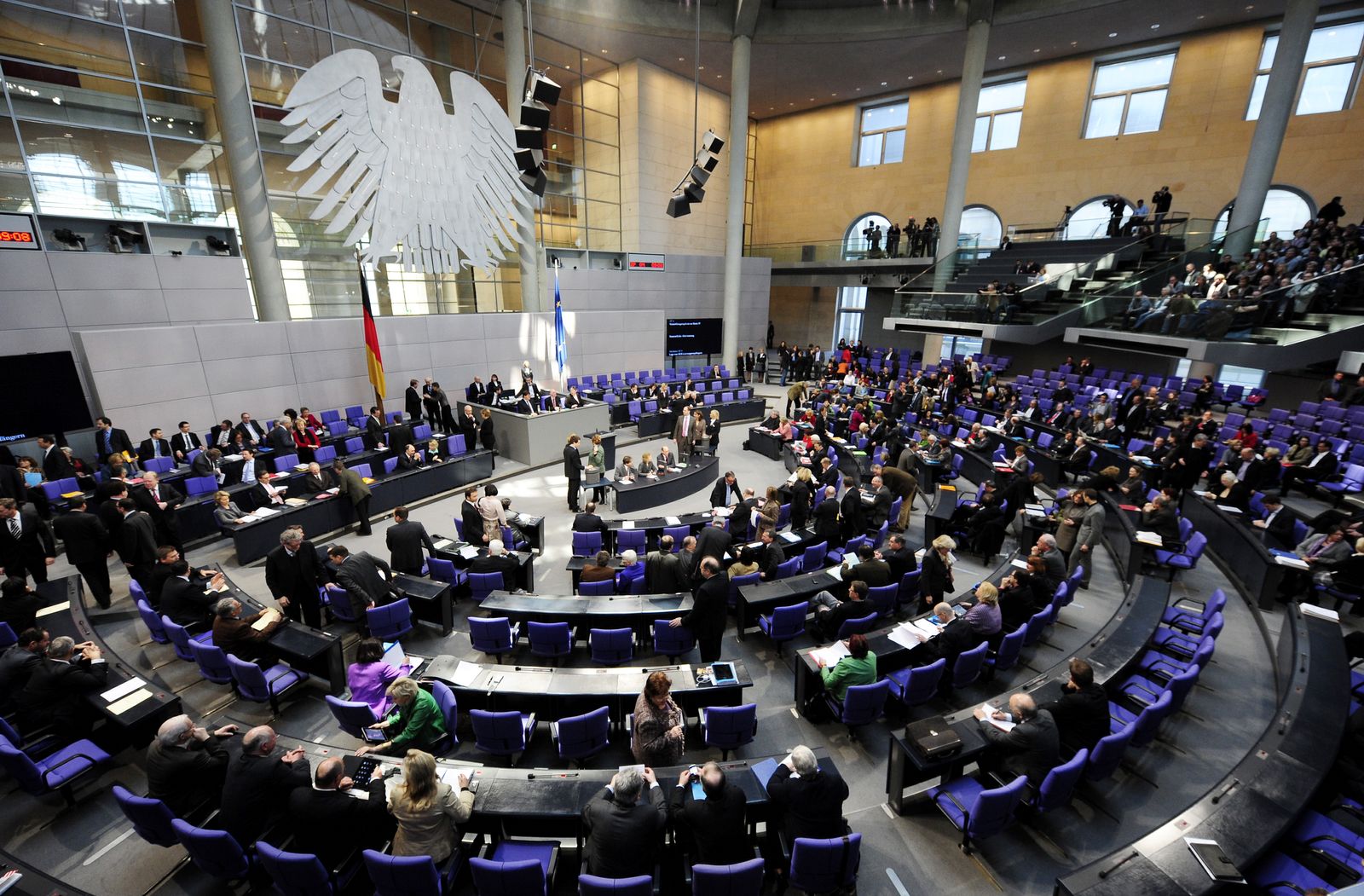 Euro bailouts will be decided by full sessions of the Bundestag lower house of parliament.