German lawmakers and the chancellor were all ears last Thursday when Gregor Gysi, the parliamentary group leader of the opposition far-left Left Party, addressed parliament. In the debate on the European fiscal pact, Gysi surprised his listeners with a few "constitutional issues" that "might" be worth "seriously considering."

Gysi's objections to the European pact for stricter budget discipline proved thought-provoking even for leading EU law experts. The agreement, says Gysi, a lawyer, violates Germany's constitution, the Basic Law, because the country can never rescind it. He argued that Germany would be committed to drive with its debt brake on for all of eternity.

He may have a point. Steffen Kampeter, a senior official in the German Finance Ministry, confirmed what every reader of the treaty text will notice on the first read-through: "The treaty does not provide for a right to rescind."

This may have even come as a shock for a number of europhiles among the parliamentarians: Could it be true? Is the German parliament, the Bundestag, allowed to put into law a treaty that prevents future parliaments from ever amending these rigid austerity measures?

Admittedly, there is nothing unusual about binding national systems to the provisions of supranational treaties. The German Constitutional Court has never had an objection to the Bundestag consenting to "long-term or even fundamentally indissoluble bonds of an international character," as the judges wrote in a decision. The fiscal pact is delicate, however, because it involves enshrining constitutional provisions in international law.

Wolfgang Nešcovi, the legal expert for the Left Party in the Bundestag, argues that integrating such a "treaty in perpetuity" into the Basic Law is unconstitutional: "The Basic Law itself has determined which provisions are irrevocable. And this determination is final." According to Nešcovi, not every regulation can simply be enshrined in perpetuity in the Basic Law.

That is a fair point because no one has ever made a binding ruling on the issue. However, Ralph Alexander Lorz, a constitutional expert in Düsseldorf, doesn't have quite such a narrow interpretation as Nešcovi: "You have to ask yourself why it shouldn't be possible for a regulation such as the debt brake to be included in the eternity clause (a provision in the German constitution exempting fundamental principles from being amended)."

Fiscal Pact May Be Revocable

It's very possible that this "exciting issue in constitutional law," as Lorz calls it, is of a rather academic nature. In contrast to Kampeter's response on behalf of the Finance Ministry, experts on European law by no means see the fiscal pact as irrevocable or binding in perpetuity. They say the fact that the text does not provide an opportunity to terminate the agreement doesn't mean much.

If nothing else but for the sake of maintaining political harmony, the negotiators may have avoided everything that might indicate that bankrupt countries could simply wash their hands of the fiscal pact once they had enjoyed the benefits of the rescue fund.

Christian Calliess, a professor at Berlin's Free University and an expert on European law, says that the contracting parties would be able to withdraw from the agreement "according to the general principles of international law." These principles are embodied in the Vienna Convention on the Law of Treaties from 1969. Kampeter's response to the Left Party also refers to Article 56 of the Convention. However: "In the opinion of the German government, the conditions established therein for a unilateral termination are not fulfilled."

But Kampeter then points to another provision: Article 62 contains the saving grace -- a clause that experts in international law prefer to cite in such cases. This states that a "fundamental change of circumstances" can be invoked as grounds for terminating or withdrawing from a treaty if "the existence of those circumstances constituted an essential basis of the consent of the parties to be bound by the treaty."

This is what legal experts like to refer to as clausula rebus sic stantibus (Latin, "in these circumstances") and it would be applicable "if it became clear that the debt brakes don't work or the budgets of a number of countries are out of control," according to constitutional expert Lorz.

Undeterred by these arguments, the Left Party is already preparing to petition the Constitutional Court in Karlsruhe. Once again, Germany's constitutional judges will decide on Europe's future. 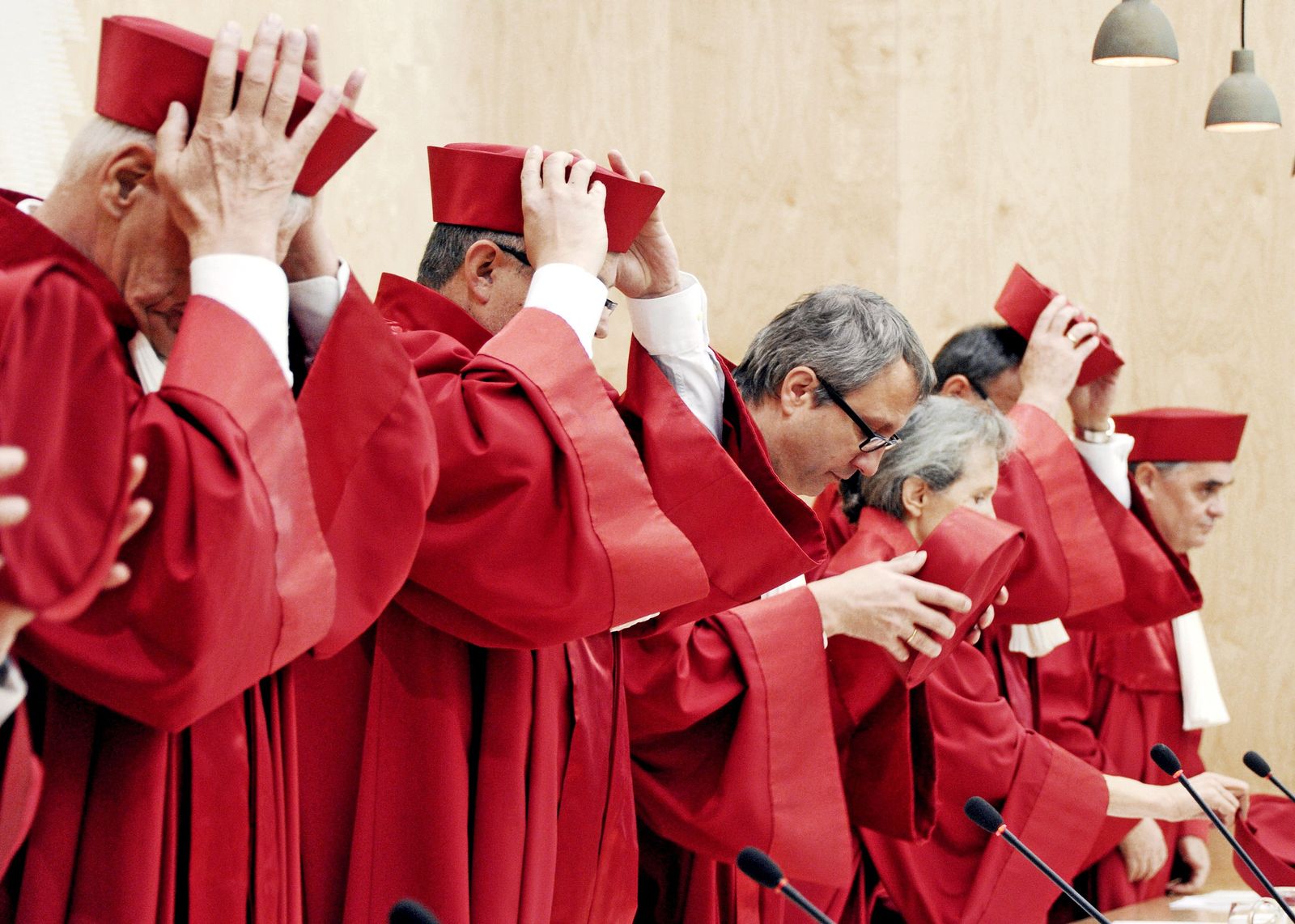