After Greece, Ireland and Portugal, Spain became the latest -- and largest -- euro zone member to seek aid in the debt crisis at the weekend, the only difference being that the money will be confined to recapitalizing its ailing banks, and will not involve the humiliation of European Union or International Monetary Fund controllers being dispatched to Madrid to make sure the government is doing its homework.

After month of refusing assistance, the Spanish government swallowed its pride following massive pressure from its partners, especially Germany, desperate to stabilize the fourth-largest economy of the euro zone ahead of the Greek election on June 17. The vote could trigger a new round of turmoil if it produces a government bent on cancelling the terms of the international bailout -- a move that could lead to Greece leaving the single currency.

German editorialists on Monday say Spanish Prime Minister Mariano Rajoy made the right decision by bowing to pressure from the rest of the EU, but add that the rescue of up to €100 billion ($126 billion) is likely to bring only temporary relief in the euro crisis, with the Greek election just six days away. Commentators also say the wrangling that preceded Spain's call for aid suggests that even with the crisis in its third year, Europe's crisis management remains sluggish and unwieldy.

"Madrid has now bowed to the pressure of its partners. Spain is tapping the bailout fund for the sake of its banks. That has come late, but not too late. It could possibly stop the domino effect that Europe is most afraid of: that Spain will tear Italy down with it, and that the rest of the euro zone won't be able to stay upright then."

"This was a necessary admission that could serve to calm the situation in markets a little. Especially as it comes just a few days ahead of the high-stakes election in Greece. The solution deserves the description 'face-saving' and for that reason is likely to be accepted in Spanish domestic politics even though Rajoy had consistently stressed that Spain can do without outside help. Spain's state bank rescue fund will get aid and will distribute it to the ailing banks. There will be controls and conditions in return, but these will only apply to the banking sector. Unlike Portugal, Greece and Ireland, the International Monetary Fund with its controllers will not be involved. This is where the danger lies: Spain hasn't managed to get to grips with the problems of its banking sector on its own. In addition, its 17 independent regions -- comparable to Germany's regional states -- are highly indebted and mired in a credit crunch. Unfortunately there was no talk of that at the weekend in Madrid or Brussels. It is not very likely that Spain will get a grip on all these problems. The EU should therefore push for an IMF involvement in the bank bailout."

"One can already rule out that the €100 billion in loans to Spain's banks can buoy sentiment for long. That could only have happened if the aid were to be interpreted as a sign of European determination and European unity of purpose. But the opposite was the case. The crisis management in Spain's case exposes how deep the rifts in Europe really are. It doesn't inspire confidence if you have on the one hand a government in Madrid oscillating between egoism and dilettantism, and on the other a community of states that responds by applying brute pressure. The conflict between the desire for national sovereignty and the interest in greater control and centralization is simply too great."

"It doesn't bode well for the 'More Europe' project being expounded by the leaders of the EU in the current debt and euro crisis."

"The rescue of Spain's banks only has the veneer of a bank bailout, in truth it is a bailout of Spanish (and probably scores of foreign) large and small investors -- which means it is pretty close to being a 'rescue of Spain' via European systems and mechanisms. But if the rescue is being Europeanized in the interests of the individual nation and the entire EU, are there any arguments left against Europeanizing the supervision of the activities of commercial banks in Europe?"

"The debt crisis … has opened Europe's eyes to the fact that ambition and desire for profit among individuals and the individual nations must be regulated by joint self-control -- of things ranging from national budgets to the banking system and to consumer protection. Sovereignty is only a legitimate demand if one is prepared to go down alone."

"Instead of forcing the whole of Spain into the bailout, the euro group is 'only' rescuing the banking sector. It is thereby sparing the Spanish government the humiliation of submitting itself to the feared regime of the troika (editor's note: the EU, European Central Bank and IMF). The feared 'Men in Black,' the international experts, will not be visiting Madrid -- at least not yet. Nevertheless the pressure, which once again came from Germany, was brutal. The fear was that if Greece leaves the euro, there will be new shockwaves. So one has to try to shore up other wobbling members in the euro zone. A rescue plan for Madrid was hastily cobbled together. But it won't help. It's unclear when the rescue operation will be launched, and there are no precise details on the amount of aid being given. German Finance Minister Wolfgang Schäuble says up to €100 billion are available. Such vague statements fuel fears that Spain too will become a bottomless pit. Worse, no one is saying where the money will come from. Will it come from the old bailout fund, the EFSF -- or from the new ESM? And why isn't the International Monetary Fund taking part? If all that remains unclear, capital markets won't calm down."

"Spain is in a far better position than Greece. But the finance minister shouldn't kid us: the Spanish patient too may need more help than one single capital injection. One thing is certain. The German taxpayer will pay the biggest chunk of the bill for rescuing the euro, and has a right to be told the truth rather than being misled with talk of 'one-off aid.'" 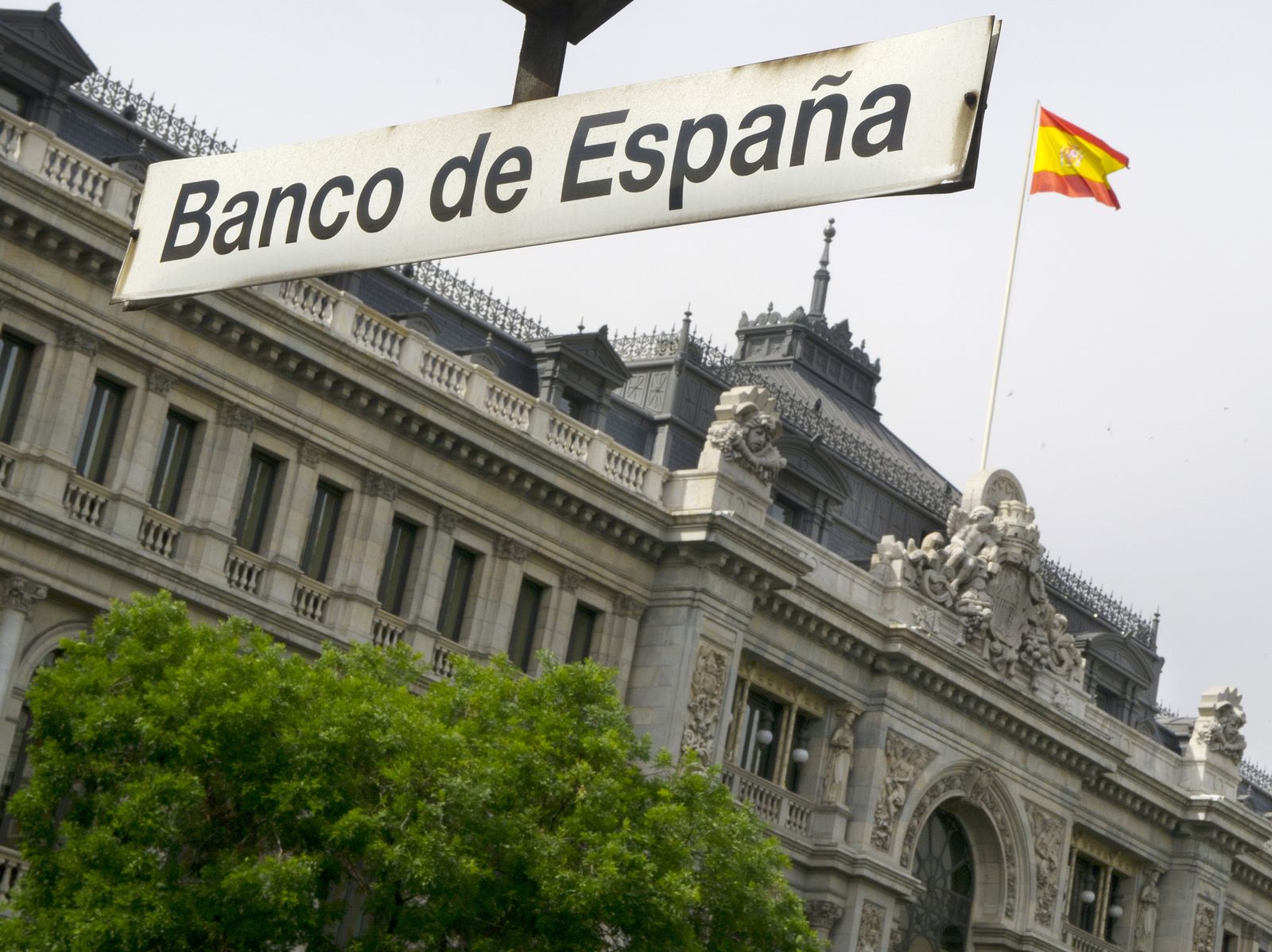 Spain's central bank headquarters in Madrid. The EU agreed to bail out Spain's banks at the weekend, after the country swallowed its pride and requested help.