Chancellor Angela Merkel's trip to Athens on Tuesday, her first since the outbreak of the euro crisis there two-and-a-half years ago, is intended as a show of German solidarity with the recession-plagued nation, but for thousands of Greeks it will be an opportunity to vent their fury at her for insisting on crippling austerity in return for financial aid.

The German leader has become a hate figure to many Greeks and has often been portrayed as a Nazi in protest signs and on newspaper covers. Tuesday's trip is being billed in Germany as the most difficult of her career. The Greek Sunday newspaper Proto Thema gave a taste of what she can expect on the streets of Athens by running the headline "Heil!"

Other newspaper commentators in Greece were more moderate, though, urging Merkel to take a look at how the nation is suffering.

"She does not come to support Greece, which her policies have brought to the brink. She comes to save the corrupt, disgraced and servile political system," said Alexis Tsipras, who leads the opposition Syriza alliance. "We will give her the welcome she deserves."

About 7,000 policemen will be deployed in the capital for the German chancellor's six-hour visit, turning the city center into a no-go zone for protest marches planned by labor unions and opposition parties.

Merkel is scheduled to meet with Greek Prime Minister Antonis Samaras, President Karolos Papoulias and representatives of Greek industry. The visit is part of a recent charm offensive to improve Merkel's foreign image, which has deteriorated in the euro crisis.

German government officials have insisted that the talks won't result in any decisions about additional financial aid for Greece. No decisions will be taken on Greece before the inspectors of the troika, comprised of representatives of the Euuropean Commission, the European Central Bank and the International Monetary Fund, have submitted their report on the country's progress. That report is not expected to be ready until November.

"It is a European gesture, an act of acknowledgment for the Greek government which is under great pressure with its reform policy," German Foreign Minister Guido Westerwelle told the mass-circulation Bild newspaper in an interview published on Monday. The Greek government must and will do its homework. I refuse to just write the country off. The Greeks deserve fairness and respect."

German media commentators, a little perplexed at why Merkel is venturing to Athens now after having avoided it for so long, have little hope that her visit will ease tensions. Some call on her to resist the temptation to give the Greeks extra leeway.

"The Greeks should really be preparing for Merkel's visit with Merkel posters and Germany flags because no one is helping the deeply troubled country as much as Germany with lots of money and guarantees."

"But instead of gratitude, the streets of Athens will ring with abuse against the German guest."

"All the German chancellor can bring the Greeks is the bitter truth: that Athens only deserves new funding if it at last does its homework."

"If you grant the Greeks relief, you won't be able to refuse giving it to Spain or Portugal. And then the entire euro rescue plan will start to slide."

"There's another reason why the chancellor will have to stay tough. The German taxpayer has had to bleed enough for the Greek disaster. And enough is enough."

"This foreign trip is probably the most difficult and delicate one she will make as chancellor."

"Secondly, the chancellor must speak out in favor of Greece remaining in the euro zone -- and thereby unmistakeably distance herself from her Deputy Chancellor Philipp Rösler and from her coalition partner, the Christian Social Union (the Bavarian sister party to Merkel's Christian Democratic Union). It is high time for Merkel to dispel the impression that she is placing domestic political interests above those of Europe."

"Finally, the chancellor must show that Greece's efforts so far have not been in vain by giving the country a little more time to meet the austerity requirements."

"She won't be able to completely pacify the Greeks. The situation is too charged and desperate for that. But she could help to reconcile these people with the European Union and its requirements. Saving the euro zone will only succeed with the help of the people affected -- not against them. One visit won't suffice to win people over, but it is a start."

"For the time being it will remain Merkel's secret why she is choosing now of all times to venture into the mother country of the euro crisis, after avoiding it for so long and with scant prospect of hearing any good news there. She is unlikely to be presented with a new austerity package. If Merkel wants to hold a sweat and tears speech -- there's no talk of blood thanks to Europe -- then she can only do that as the most financially solvent and hence powerful government leader of the EU. Would they listen to her?"

"Two-and-a-half years after the first European bailout loans, the chancellor is now traveling to Athens for talks. There has been hardly any improvement there despite the unprecedented support measures undertaken by the euro countries. Realists never expected any because, after all, you can't turn a country that may be scenic but is economically unproductive and quite corrupt into a working economy -- especially not through pressure from outside. At least that's the view of the majority of German people."

"The chancellor has insisted so far that she wants to keep Greece in the euro zone. She probably can't say anything else -- yet. At the same time it's Berlin that is insisting that Athens stick to the terms of the rescue packages. That sounds good -- but it won't have concrete consequences because Athens is playing for time and deserves a gold medal in political poker playing." 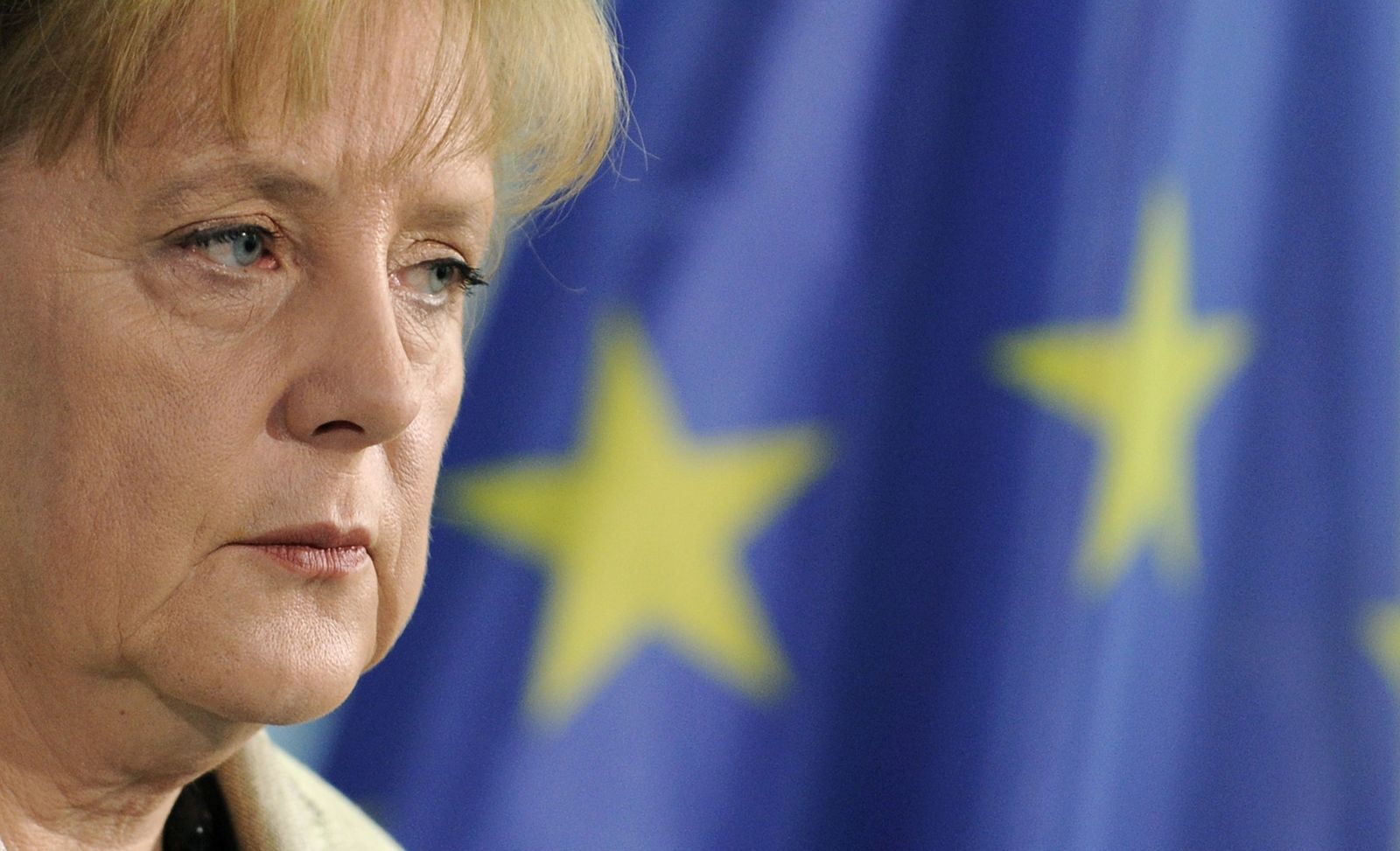 Angela Merkel faces the toughest foreign trip of her chancellorship on Tuesday.