Here's the good news: The long-awaited report on Greece compiled by inspectors from the European Commission, European Central Bank and International Monetary Fund said the country has made progress on reforms, and euro zone ministers agreed to give Greece two more years to make the spending cuts they have demanded.

And here's the not-so-good news: The troika, as the group of inspectors is called, disagrees on how Greece can bring its debts down to a sustainable level. The row became evident on Monday when euro zone finance ministers said Athens should be given until 2022 to cut its debt to GDP ratio to 120 percent, while IMF chief Christine Lagarde insisted that the existing target of 2020 should remain.

The rift unsettled financial markets, with the euro falling to a two-month low against the dollar. At the heart of the dispute is a disagreement over whether euro zone governments need to write off some of Greece's debt to them. The IMF thinks they should, but Germany is strongly opposed to a write-off because it would entail real losses to taxpayers ahead of the next general election in late 2013.

German media commentators say it's right that Greece has been given more time to get its budget in order, because letting the nation go bankrupt and quit the euro zone could blow the currency union apart. But the new rift in the troika shows the euro crisis is far from over, they add.

"It's not surprising that the finance ministers interpreted the troika report as showing that the Greeks had made some progress. Even though it looks as though the report has done a lot of sugarcoating, that's how the euro saviors wanted it: positive. That needn't be bad. After all, Europe mustn't base such a fundamental political decision on the judgment of a handful of bureaucrats: Will the euro zone remain intact or not? It will. That has been basically clear since the summer, when the German government finally joined the ranks of those subscribing to the domino effect theory. One can hope that in doing so it didn't let go of the last lever it will need to restructure the monetary union. The row over the best way out of the crisis hasn't been resolved."

"Even if the Euro Group is at pains to praise Greece's progress, it has failed during the almost endless wait for the troika report to find a solution to the crisis. While the savings, the reforms and the budget of the Greeks are being lauded, no mention is being made of the fact that its government debt is as high as it was before the supposedly liberating debt cut private investors were forced to agree to."

"Athens still can't finance itself without outside help. A major row is raging behind the scenes of the troika over how the growing gap between spending and revenue can be closed. German Finance Minister Wolfgang Schäuble simply wants to change the definition of sustainable debt that has always been the International Monetary Fund's basis for loans. The IMF, on the other hand, is demanding a new debt cut, this time mainly by public sector creditors who by now own virtually all of Greece's debt. Schäuble wants to prevent that because Germany's lower house of parliament, the Bundestag, would have to decide on that, and the taxpayers would see that Greece will need long-term transfers and that its 'rescue' can cost endless sums of money."

"Greece faces collapse. It is Europe's responsibility to prevent that. That justifies more and longer aid payments."

"The country is only just catching up with the organizational standards of other states in the EU. In the past, Greece hadn't strived for the orderly administration and the good governance taken for granted in European states. It only began doing so under pressure from creditors."

"The Greeks have delivered. They have agreed to the next round of massive cuts and brought the budget for next year through parliament. So the creditors must honor their pledges too. Greece will again receive billions to enable it to survive in the euro zone. This outcome has been evident for weeks because Chancellor Angela Merkel had committed herself to it."

"It isn't charity but sober political calculation that has driven Merkel to make concessions to the beleaguered Southern Europeans. She may be seen as a tough politician in Europe, but she isn't a gambler. She wants to avoid the experiment that a Greek exit from the euro zone would mean. And she has good reason to: If one country falls, could Portugal, Spain or Italy hold themselves upright? So far no one has been able to give her an answer to that question."

"She is right to opt for caution. The path she has chosen isn't easy for her. She will now have to ask the Bundestag to vote for fresh billions in aid. That will trigger tough debates that are likely to expose opposition to Merkel's policy in her own coalition."

"The renewed stabilization of Greece won't solve the problems. But it is the least painful and costly of all the options." 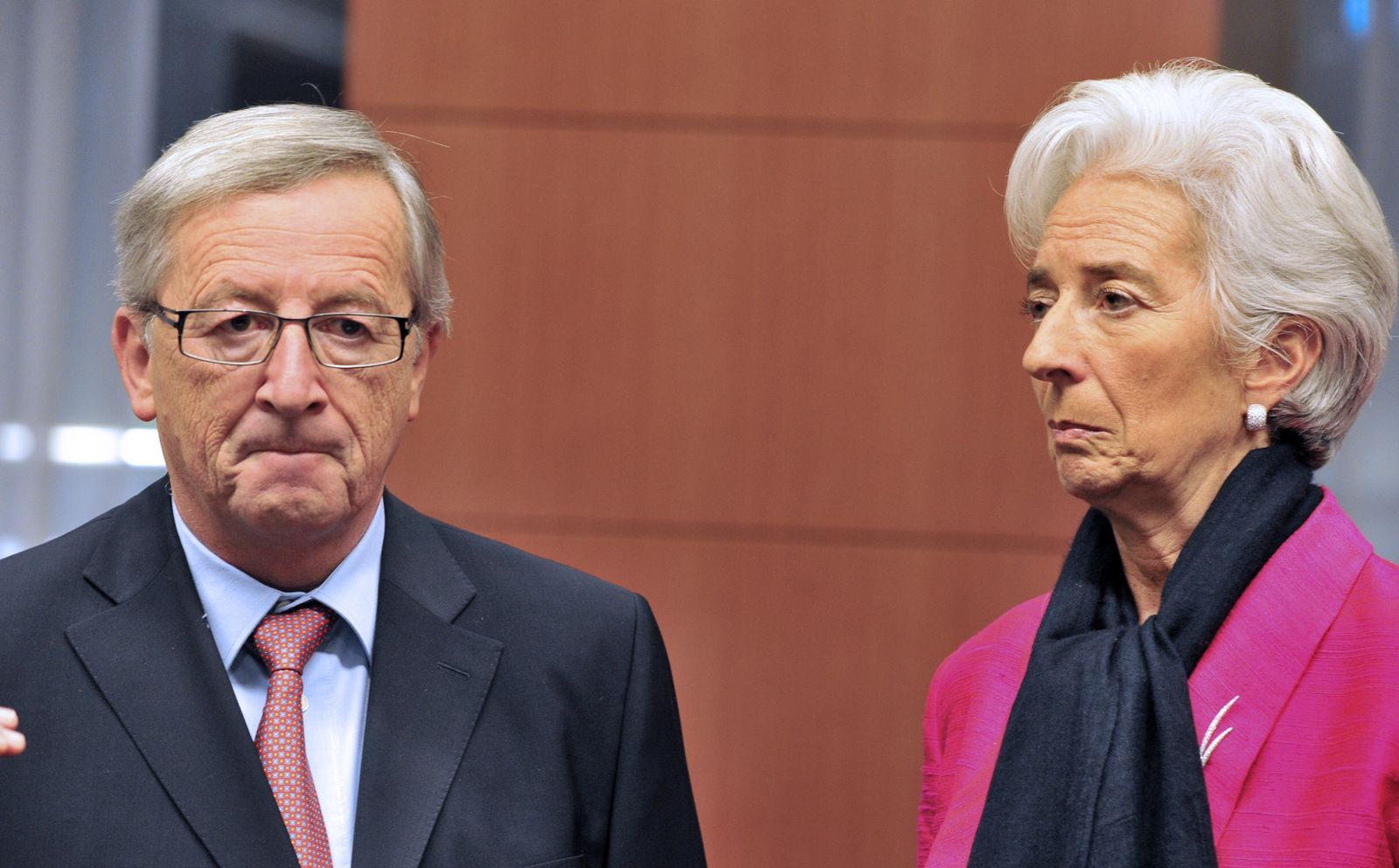