The markets were disappointed. European Central Bank head Mario Draghi's press conference on Thursday sent stock indexes around the world plummeting, as investors had been hoping the bank would immediately resume buying up sovereign bonds from crisis-stricken euro-zone countries. Even worse, Spain's borrowing costs on 10-year bonds rocketed above the critical 7 percent mark -- a product of Draghi's press-conference pledge that the ECB would only step in if a country applies for a euro-zone bailout.

Many politicians in Germany, however, were ecstatic. Leaders from most of the country's major parties welcomed Draghi's inaction, including lawmakers from parties in Chancellor Angela Merkel's governing coalition.

"I completely agree with ECB President Mario Draghi that decisive consolidation and reform policies at the national level should be the absolute top priority and are indispensable," said Economy Minister Phillip Rösler. The leader of Merkel's junior coalition partner, the Free Democratic Party (FDP), Rösler is also deputy chancellor. He added that monetary policy cannot replace national efforts and "does not offer a lasting solution to the crisis."

Senior FDP member Rainer Brüderle, who was economy minister prior to Rösler, added that "the ECB should concentrate on its core competency. Fundamentally, it is not the duty of a central bank to participate in state financing."

Opposition leaders likewise welcomed Draghi's reticence and took the opportunity to criticize Merkel's crisis management strategy. "Instead of fighting for Europe, she is taking what she thinks is the easier path and is driving the ECB into another round of buying up sovereign bonds," said Frank-Walter Steinmeier, floor leader in Berlin for the Social Democrats. "It has become clear that such purchases do not offer a lasting solution to the crisis."

Germany has long been wary of ECB bond purchases and opposition has only grown since the Frankfurt-based central bank largely ceased buying sovereign bonds last year. Jens Weidmann, head of Germany's central bank, the Bundesbank, has been particularly vociferous in his criticism of bond purchases, saying they rewarded debt-ridden countries without demanding reforms in return. Draghi even mentioned Weidmann's opposition to the program in his Thursday press conference.

Still, the widespread resistance in Germany to ECB action, and to many other euro-crisis proposals that could increase German taxpayer liability, has painted Merkel into a corner. With the opposition in Berlin showing a decreased willingness to rubber stamp her euro-crisis measures and a growing rebellion within the ranks of her own government, her ability to respond to the worsening crisis may become increasingly limited.

German media commentators take a closer look at the ECB's approach to the crisis on Friday.

"The greatest challenge for ECB head Mario Draghi is to make it clear to the people of southern Europe that he will only help if they continue to make radical reforms to their economy. On Thursday he chose a clever dual strategy. He spoke of the possibility of bond purchases and other measures, but only if the governments in question fulfil certain conditions. In other words: there is no free money."

"It is not a problem that investors have reacted with disappointment due to their hopes for something more concrete. It is even helpful. Draghi's insistence on conditions shows that he is aware of the risks to taxpayers. It is also helpful that, in Jens Weidmann, he has a man in the ECB's Governing Council who is seen as a representative of the people in donor countries."

"The ECB Governing Council enjoys even less democratic legitimization than the European Council, which is why the ECB really should only offer temporary help. But it must offer help nonetheless as long as the euro zone is unfinished. If the government and the Fed in the US debated for months … following the Lehman Brothers bankruptcy in 2008, the global financial system would have collapsed."

"Even if the ECB intervention hasn't yet arrived, it will eventually. Central bankers in Europe believe it is very likely that the ECB will ultimately jump in -- at the latest in September, following the German high court ruling on the bailout fund, the European Stability Mechanism. Ultimately, the ESM will make direct purchases of sovereign bonds and the ECB will fire the monetary cannon."

"The actual mandate of the ECB, price stability, has faded into the background during the crisis. So far, the ECB has taken its duty of combating inflation seriously. Now, though, dangers are growing on the mid- and long-term. The greater the quantity of questionable sovereign bonds on the books, the higher the potential losses. Even worse is the potential damage to the bank's reputation: The central bank is to become subordinate to finance ministers in crisis-stricken countries. In Draghi's homeland Italy, such a situation was the norm for decades -- and the result was chronic inflation. Now, he is accepting a repeat of history. On the short term, it will create relief in the debt crisis. On the long term, vengeance will be bitter."

"The ECB would be well-advised to give way to politicians this time. With his grandiose announcement that he would save the euro at any price, Draghi has already come dangerously close to a red line that a central banker should never cross. The border between fiscal and monetary policy -- which has already been blurred to the point of being unrecognizable -- would be completely nullified if the ideas being discussed were to become a reality."

"It is also sham for politicians to reject the collectivization of debt or any form of a transfer union, only to leave it to the ECB to finance sovereign debt through the back door by printing more money -- to everyone's detriment. Draghi and his colleagues are responsible for the euro, but they are not democratically elected officials. Within their constraints, they can certainly help save the currency union. But the decision is a political one. … Fresh billions alone, regardless of their form, won't solve the problem."

"Because politicians have failed in their fiscal policies, they are leaving it up to monetary policymakers. Certainly it is easier to wash their hands of it. … But this won't help. The governments must govern. They have to figure out how much solidarity there is, and how much they can get their voters to suffer. Then they need to find common ground on how the euro can be rescued without printing new money. One thing is clear: Monetary policy alone cannot replace these decisions. It will only delay them. Merkel, Monti, Hollande and the other leaders must get their hands dirty, as uncomfortable as it may be."

"It would be nice if (everyone could agree on the course communicated by Draghi on Thursday) so as not to limit the psychological effect of the announcement. But there was opposition from Germany, once again from Bundesbank head Jens Weidmann, who apparently was the only one on the Governing Council to vote against Draghi's plan. Draghi isn't the only one who is disgruntled. It is indeed inadvisable to sacrifice ECB unanimity. The Bundesbank head is fostering distrust where the opposite is needed…."

"With Weidmann isolated, there is more: Not just the central bank heads from Austria, Luxembourg and Finland -- who have often voted with him in the past -- were of a different opinion this time. The second German on the Governing Council, Jörg Asmussen, was as well. It will be interesting to see how Weidmann positions himself in coming weeks. If he remains opposed to the plan, its credibility would be threatened. In such a case, hopes for a half-way peaceful late summer on the markets would be dashed." 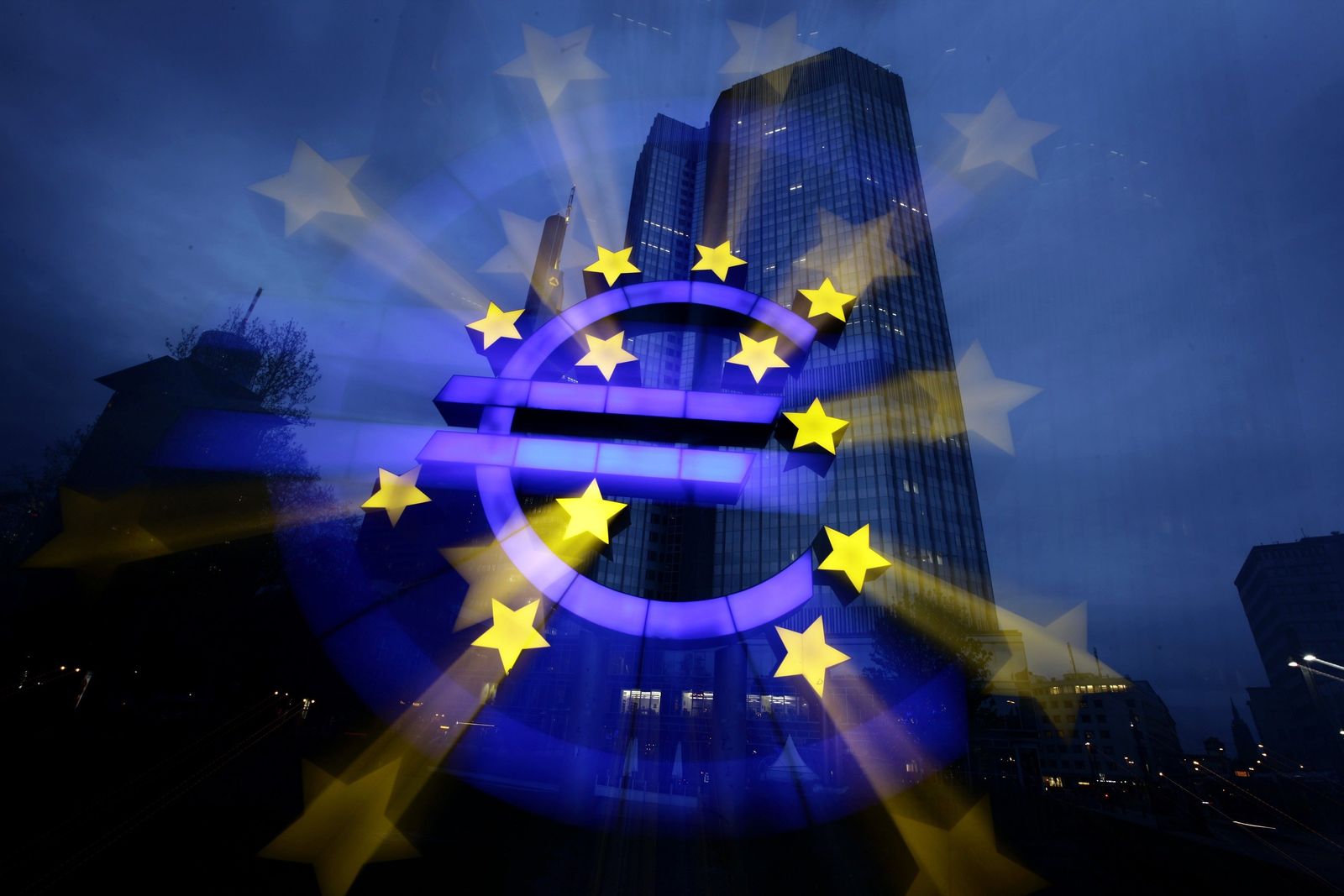 Not everyone was impressed with ECB head Mario Draghi's comments on Thursday.