Three days before the next European Union summit, German Finance Minister Wolfgang Schäuble presented a major proposal on Tuesday for permanently shoring up the euro.

At the core of his proposal is a plan to strengthen the role of the European commissioner for monetary and currency affairs. The post, currently held by Olli Rehn of Finland, would be upgraded to become a sort of super austerity commissioner who would have the right to reject national budgets -- even after they have been approved by parliaments. In order to prevent accusations of any democratic deficit, members of the European Parliament would also be given a say. But those members of parliament would be exclusively those who represent the 17 euro-zone countries.

The idea isn't new, but it is certainly packs some heat. The German government has long been pushing for Brussels to have greater rights to impede on the budget-making of member states. German Chancellor Angela Merkel even sparred with former French President Nicolas Sarkozy over the idea of installing a super commissioner. Since then, the resistance to the idea has in no way diminished in Paris or other European capitals. Many European governments consider the idea that Brussels could determine the overall size of budgets, and that parliaments would only be free to determine how the resulting pie is cut up, to be heresy.

There is also considerable skepticism over whether the necessary changes to the European treaties could be made in a timely manner. Alexander Graf Lambsdorff, a prominent member of the business-friendly Free Democratic Party, told the Financial Times Deutschland that while it might make sense to give the commissioner greater influence over budgets, it would still take five years for that to happen. Schäuble himself has set an ambitious one and a half years to accomplish that goal. He's proposing that the European Council, the powerful body representing the leaders of the 27 EU member states, convene a treaty-changing convention at its summit in December.

But Britain would surely reject any change to the treaties, just as it did last year with the European fiscal pact, which establishes the framework for an economic government in most EU countries. British Prime Minister David Cameron doesn't want to touch the European treaties because it might prompt his Conservative Party to demand a referendum on further EU membership. Considering the current anti-EU sentiment in Britain, it is a risk the country's leader doesn't want to take.

Britain isn't the only challenge, though. Schäuble also has his work cut out for him in convincing his own government coalition back in Berlin of the merits of those changes. His conservative Christian Democratic Union (CDU) party and its junior partner, the business-friendly Free Democratic Party (FDP), have expressed a willingness to make changes to the treaties.

However, within the CDU's Bavarian sister party, the Christian Social Union (CSU), which shares power in government and also has a joint party group in parliament with the CDU, opposition is mounting to any additional transfer of power to Brussels. Giving more sovereignty to the EU, the CSU argues, should be subject to a referendum. Besides, any such step would likely result in yet another challenge to the country's Federal Constitutional Court.

Editorialists at Germany's biggest newspapers remain undecided on Schäuble's plan, with most giving it mixed reviews.

"The idea brought up once again by Schäuble to strengthen the role of the EU currency commissioner by giving the office veto power (without the consent of the other commissioners) over national budgets isn't new. At the same time, it is hard to see how a majority can be found to implement it. There is not even any mention of it in the report by the four EU presidents prepared for this week's summit in Brussels. The fact that this paper already includes the opinions of the member state governments means that the German proposal found little resonance in other capitals. Nor is it difficult to imagine how the British, who are currently in the process of withdrawing from European agreements, view it."

"The omens for the upcoming EU summit are not very good."

"Schäuble's plan for a new euro zone is pretty far-reaching. In the form of the currency commissioner, it would be given an important new guardian. The commissioner would be able to put his fingerprint on every line item of budgets and would also be able to throw budgets at the feet of parliaments if they didn't fulfill EU rules. Parliaments would remain king when it came to determining budgets, but the commissioner would become their emperor. The position would also embody the limits to the sovereignty of member states."

"Schäuble isn't necessarily going in the wrong direction just because his plan goes so far. For much too long, people have sought to solve the EU's greatest crisis in a piecemeal manner. The Schäuble plan would fundamentally change the euro zone and parts of the EU would start to look more like the United States. This can be promoted, but it should be done openly. Still, it is wrong for Schäuble to create the impression that the formalities can quickly be addressed."

"The term 'master plan' is exaggerated because the plans are half-baked -- and, once again, reflect a truly German view. At its core, the plan is about putting more controls in place in the euro zone. By that, the Germans mean controls on the Southern European deficit offenders. Does Schäuble seriously plan on submitting his own German budgets to Rehn for corrections? The next challenge to European integration at Germany's Constitutional Court would be a foregone conclusion."

"Nevertheless, it is good that Schäuble is trying to breathe new life into the slackening debate over the restructuring of the EU, especially given that France has gone silent, Spain and Italy have fallen into in-fighting and Britain has sought to simply avoid it altogether."

"No one should have the illusion that there are master plans circulating anywhere that can end the crisis in one blow. Many of the proposals would require changes to the EU treaties, which would require a convention and considerable time -- time that a few partners in Europe don't have."

"Schäuble's plan is the product of self-defense. … Berlin is setting the bar very high to get (European Council President Herman Van Rompuy's proposal for a) central euro-zone budget off the table. It assumes it can do this because many EU countries will not permit such an incursion into their sovereignty. Otherwise, Schäuble believes that there is no avoiding a transfer union in the long term. If that happens, then he at least wants wide-reaching control mechanisms. That's probably the surest way of interpreting this -- but also the worst."

"One could place bets on how often Berlin would succeed in gaining majority support to place someone in the role of currency commissioner who shares the Northern European understating of rules and also the readiness to do battle in tough conflicts. That's why Germany should abandon any dream of putting any effective crash barriers into place in a transfer union. The government's goal has to be ensuring that the current EU of shared liability does not become the norm in the longer term." 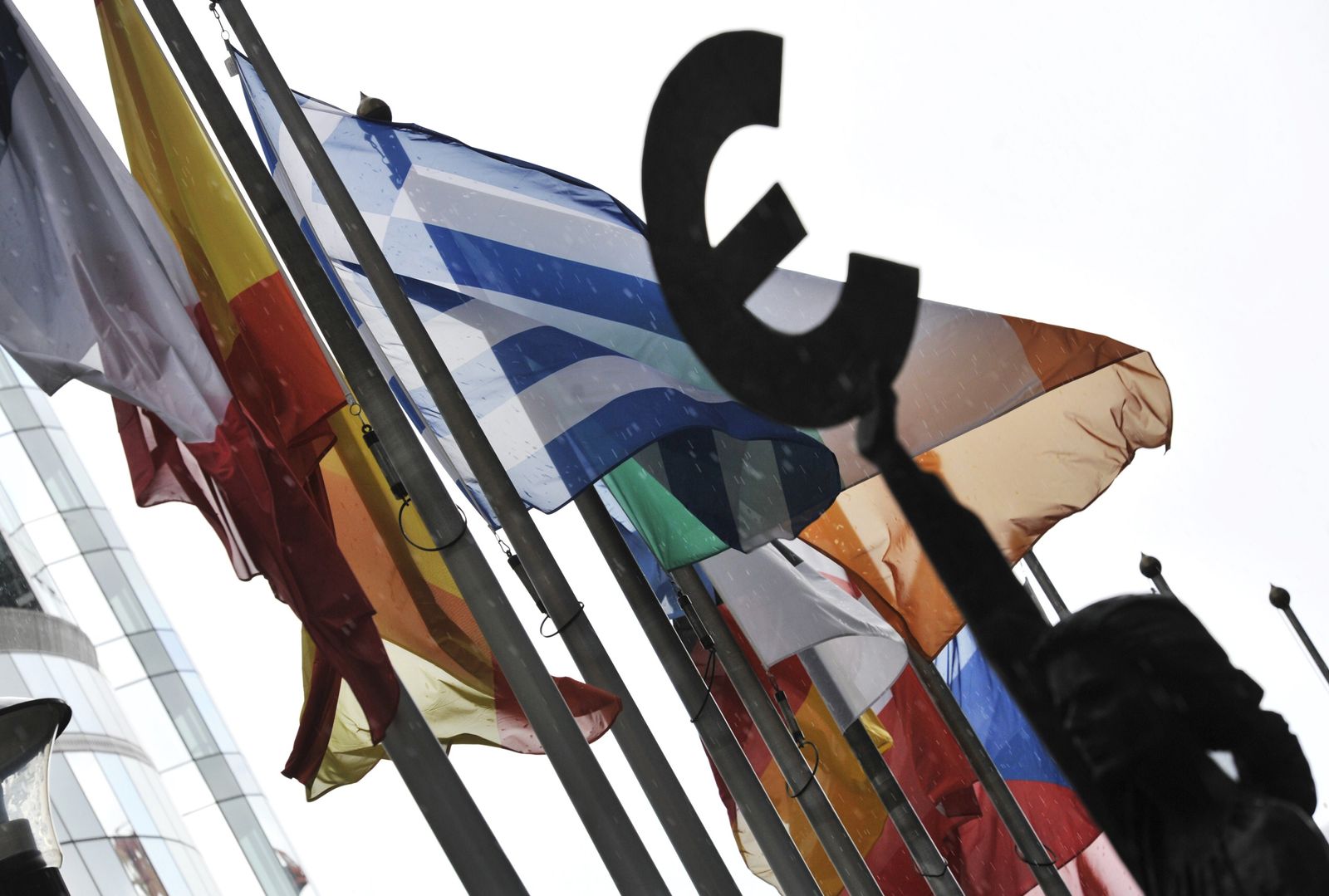 German Finance Minister Wolfgang Schäuble would like to grant veto power to the European currency commissioner over national budgets. Does he stand a chance with his proposal?