Markets are falling on the prospect of a Greek exit from the euro zone after the country called a repeat election on June 17 which leftists opposed to the terms of the bailout are expected to win.

European shares and the euro continued to fall on Wednesday on fears of a Greek exit from the common currency in reaction to Tuesday's announcement that Greece will hold a repeat election after parties failed to form a coalition government in nine days of talks after the May 6 vote.

Greek political leaders will try to agree a caretaker government in Athens later on Wednesday to see them through to the expected vote on June 17 -- a poll that is expected to be won by the left-wing SYRIZA party, which has pledged to stop the painful austerity measures attached to the international bailout for Greece.

In a sign of mounting uncertainty, Greeks have been withdrawing euros because they are afraid of a possible rapid devaluation if the country leaves the single currency, reports said, citing minutes of President Karolos Papoulias's meetings with political leaders.

Policymakers from European Union states and at the European Central Bank have warned that they will not provide Greece with additional financial aid if the government scraps the bailout.

President Papoulias warned that June could become a "month of tragedy" for the country, which could be bankrupt by the end of June if international lenders carry out their threat.

Central bank head George Provopoulos said savers withdrew at least €700 million ($894 million) on Monday, the president told party chiefs. "Mr. Provopoulos told me there was no panic, but there was great fear that could develop into a panic," the minutes quoted the president as saying.

German Finance Minister Wolfgang Schäuble on Wednesday ruled out renegotiating the aid package for Greece and said the country must fulfill the terms of the bailout to continue receiving aid.

"The question now is whether Greece is ready to accept these terms. That is a decision the Greek population must take in a completely sovereign way," Schäuble told Deutschlandfunk radio.

"There is no comfortable way to solve Greece's problems. If Greece wants to remain in the euro zone -- and we all want that, we clearly expressed that on Monday evening at the meeting of finance ministers -- then that is the path that can help Greece," he said, referring to the continued acceptance of austerity measures.

Antonis Samaras, the head of Greek's conservatives, called on the people to form a "pro-European front" to keep the country in the euro zone. "The next election will be about our remaining in euroland," he said.

German media commentators agree, and say the Greeks are evidently in two minds about how to proceed -- a big majority is in favor of abandoning the painful austerity but also of remaining in the euro. But several editorials also call for a loosening of the bailout terms and an easing of austerity, to help keep Greece in the euro zone and allow the country to form a lasting, stable government after the June election.

"If anything good can be said about the failure to form a government in Greece, then it is that it offers the Greeks the chance to establish political clarity. Without a reliable governing majority there is no political stability, and without stability investors will continue to avoid Greece."

"At present there is no majority in the country for a government that supports the EU austerity requirements, and no majority for a government that opposes it. The Greeks are undecided. Indecision is the last thing Europe, the currency union and the Greeks need right now in a situation when the country's membership in the euro zone and thereby in the EU itself is at stake."

"One should be aware of the consequences that a new election could bring: Alexis Tsipras and his left party SYRIZA, the second-strongest force in the last election, could win the repeat election, and right-wing extremist forces are also likely to be strengthened."

"If Tsipras and his party really get more power it could spell the end of the Greek austerity efforts. The result would be an extreme mandate to stop paying back debts. That would be the final break with the EU which could respond by stopping financial aid -- with unforeseeable consequences for other southern European states. A horrific scenario."

"Something that no one thought possible, does seem to be possible after all -- Greece's economy is growing again. That is by no means a guarantee for an economic comeback of the country but at least a ray of hope. It is one more argument for a pragmatic government that nurtures the gentle growth -- the Greeks should take that into account in the next election. But it is also a call to the Europeans, to loosen their austerity requirements for the country -- and to provide a prospect for a strategy that creates growth rather than continuing to choke it off. "

"SYRIZA pretends that the euro crisis doesn't exist. They're not left-wing radicals but left-wing populists who promise to give the people what they want, namely a return to the comfortable Greece of yesterday. Zero reforms, zero plans. SYRIZA opposes the 'imposed austerity' and cites the will of the people. But that is only half the truth. 80 percent oppose austerity, but confusing as the Greeks are at the moment, Eighty percent also want to remain in the euro. SYRIZA said both are possible, but reality will teach it otherwise. Until then the party will have to master the transformation from protest movement to a party capable of conducting politics. In record time."

"The Europeans will have to adapt to that -- and make concessions. Wolfgang Schäuble said tersely that Greece didn't plunge into crisis 'through too much austerity.' That may be true, but doesn't Schäuble want to recognize that the Greeks have been making cutbacks for the past two years, and that the concrete strategy is driving them to desperation? They are saving without reforms and without a prospect of improvement, and are witnessing the asphyxiation of their economy as a side effect. Regardless of who is elected in June: the EU and IMF will have to make some concessions to Athens, otherwise the new government won't survive long. You can't govern against the people for long. Unless you are ready to jeopardize democracy."

"It is quite possible that that the radical parties will be strengthened. But then those politicians who negotiated the agreements with Brussels and the IMF should make clear to the voters what is at stake: Those who vote for people's hero Tsipras are voting for the exit from the currency union. Full stop! The leader of the radical left wants to continue the policy that led the country to ruin. He even thinks he can blackmail Athens' partners. If he gets the approval of voters for that, it's their decision. But others shouldn't be made to pay for it. This fiasco must have an end."

"One could push back deadlines, allow more time to repay debts, suspend measures for now. All proposals must be put on the table. The purpose of politics is to show alternatives. The Greeks will elect a parliament in which SYRIZA will be even stronger. But it won't be enough to form a left-wing government. A majority -- with or without SYRIZA -- will only be possible if a new savings packet flanked by growth measures is offered to the parties. The alternative is a return to the drachma. The threat is real. For the Greeks, the consequences would be dramatic, for Europe they would be unforeseeable." 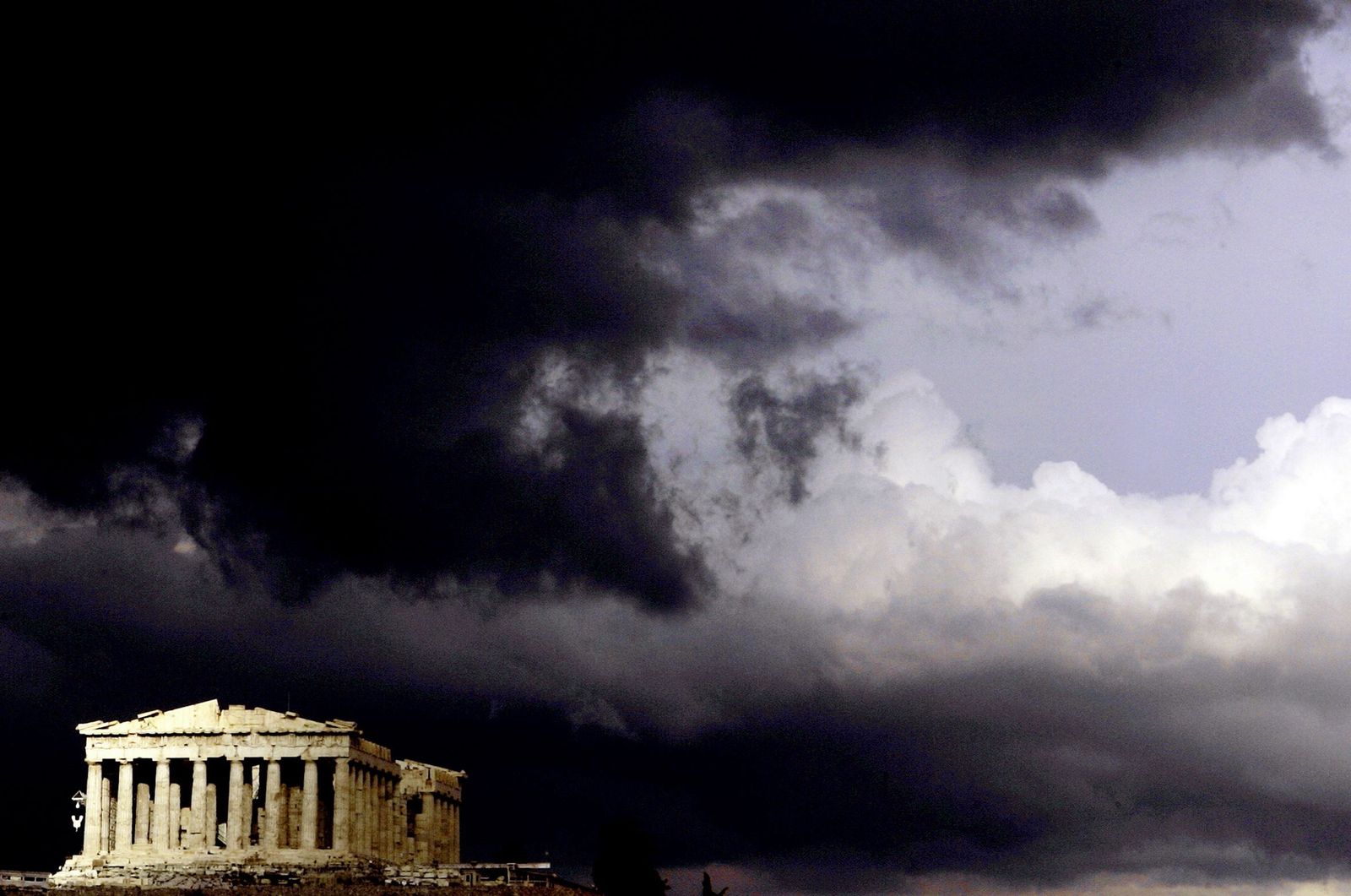 June could be a 'month of tragedy,' the Greek president has warned.