Yulia Tymoshenko was the face of 2004's Orange Revolution in Ukraine, but the former Ukrainian prime minister's fortunes have waned quickly in recent months. Tymoshenko has been imprisoned since her conviction in October on charges of abusing her office. She is believed to have suffered a slipped disc in prison, a condition for which she has refused treatment by Ukrainian authorities. This week, she announced she has gone on a hunger strike to protest her conditions in prison.

On Friday, the 51-year-old former prime minister was transported against her will to a hospital for examination. "They approached my bed, put a sheet over me and started dragging me off the bed, using brute physical force," she said in a statement read out to reporters on Tuesday by her lawyer, Serhiy Vlasenko. "In pain and desperate, I started defending myself the way I could and received a strong punch in the abdomen. They twisted my arms, lifted me up and dragged me outside wrapped in a blanket. I thought those were the last minutes of my life." Vlasenko said Tymoshenko is still suffering from a large bruise on her stomach four days after the alleged beating.

Tymoshenko said she is refusing food in order to attract "the attention of the democratic world to what is happening in the center of Europe, in a country called Ukraine."

The public prosecutor in Kharkiv, where the prison is located, stated that Tymoshenko had been taken to the clinic against her will "with the use of force." But officials deny she was beaten and insist that the action had been legal.

What is certain, though, is that Tymoshenko is suffering from debilitating back pain. Doctors from Berlin's Charité university hospital recently examined the politician twice in Kharkiv, which is located around 450 kilometers (280 miles) east of Kiev, and described her as being very ill. They also offered to provide the former prime minister with treatment in Germany, a proposal the Ukrainian authorities rejected.

Prosecutors had charged Tymoshenko in connection with natural gas contracts she had signed on the government's behalf with Moscow. In October 2011, a court sentenced the politician to seven years in prison. But the European Union has criticized Tymoshenko's conviction, claiming it was politically motivated, and has put ratification of an EU-Ukraine association agreement, which would bring the country closer to Europe, on hold for now. Tymoshenko, Ukraine's top opposition leader, lost the 2010 presidential election against her archrival Viktor Yanukovych.

In Germany, Foreign Minster Guido Westerwelle said Tuesday that he had "deep concern" about Tymoshenko's condition and her hunger strike.

Meanwhile, Tymoshenko's legal troubles are continuing. Last week, preliminary hearings began in a second case against Tymoshenko. She is accused of embezzling and committing tax evasion during her time as the head of the state energy company during the 1990s. Tymoshenko has not been participating in the proceedings because of her poor health.

Tymoshenko's deteriorating health is a major topic on the editorial pages in Germany on Wednesday. Noting that the European Football Championships will soon commence in Poland and Ukraine, some newspapers are calling for European football organizing body UEFA to take a stance on the issue. One even hints a full boycott might be the appropriate measure for Europeans.

"Six weeks before the opening whistle of the European Football Championships, the former prime minister of one of the host countries has begun a hunger strike in order to protest conditions in the prison where she is serving a seven-year sentence. The trial that put her there has been condemned as politically motivated by all the countries that are sending their national teams to the championships. Unimpressed by that, the public prosecutor announced the opening of a second trial in the same vein last week. At the start of it, the public prosecutor announced that he would bring the accused to the court in a stretcher if he had to."

"There is no doubt Tymoshenko is seriously ill. A slipped disc is causing the 51-year-old severe pain, according to Charité chief doctor Karl Max Einhäupl, who the Ukrainian government accepted as an independent expert. Einhäupl determined the Ukrainian hospital where Tymoshenko is expected to be treated meets the standards, but he also stated that the treatment can only be successful if the patient trusts the doctors."

"Tymoshenko has reasons not to (accept treatment in Ukraine). Her former interior minister, Yuriy Lutsenko, entered jail as a healthy man, but now suffers from a liver inflammation. Her former comrade in arms in the Orange Revolution, Viktor Yushchenko, was poisoned with dioxin. And the prison doctor long claimed that Tymoshenko was faking her condition. The hunger strike is now the next level of escalation, at a moment in which Europe's attention is directed at Ukraine."

"The torture allegations that Germany's human rights commissioner recently cast against the regime of Ukrainian President Viktor Yanukovych are based on the continuing refusal to provide medical treatment for the prisoner and her supporters. Tymoshenko suffered from a slipped disc in prison; German doctors have examined her and determined that she has suffered severe pain in recent months because of systematic neglect and that no interrogation or trial against her should proceed. Nevertheless, she is questioned almost daily in her jail cell. Last week, new legal proceedings began against her."

"Observers like prosecutor Mikael Lyngbo of the Danish Helsinki Committee for Human Rights are of the opinion that the manner in which those in power at treating Tymoshenko is in violation of Article 3 of the European Human Rights Convention (the ban on torture) as well as Article 6 (the right to a fair trial). The way in which she was taken to the hospital over the weekend and then brought back is a further confirmation of this allegation. In that sense, the new trial is, from the very start, a cruel farce."

"In Ukraine a woman who was once an oligarch is now in detention after becoming leader of the opposition. She is being dangerously harassed and has now gone on a hunger strike. In Russia a man, also an oligarch, is behind bars because he represented a threat to Putin. And in Belarus? There, since 1994, Lukashenko has ensured that nobody would even think of mimicking the actions of Tymoshenko in Ukraine or (Mikhail) Khodorkovsky in Russia."

"Following the Arab Spring, an Eastern European Autumn is now looming (ed's note: in the sense of a period of decline). This forces the West, which is at present obsessed with Spanish bond yields and French credit ratings, to face up to a question it had thought to be forgotten. Can it, and should it, get involved? And if it can and should get involved, does it actually want to? The Moscow Olympics were rightly boycotted 32 years ago for a good reason. Only one thing is certain: Major sporting events are a good opportunity to unambiguously remind rulers, for example those in Ukraine, of basic values, values which are also enshrined in their own country's constitution."

"Imagine, it's the final of the European Championships in Poland and Ukraine. Three-time footballer of the year Michel Platini, one of France's most popular soccer players ever and now the head of UEFA, and Viktor Yanukovych are standing and smirking together on the bleachers of the Kiev stadium. It's an idea that can't please anyone. Yanukovych is leading Ukraine like a Soviet republic. He's been accused of fraudulent elections and influencing the justice system. He is also allowing former Prime Minister Tymoshenko to sit in prison because of alleged abuse of office and tax evasion. And he's not letting her travel to Germany even though doctors from Berlin's Charité hospital claim she is very ill. Tymoshenko has now begun a hunger strike, and over the weekend she was taken to a Ukrainian hospital against her will -- a hospital where she can't be certain if she would come out healthier or sicker."

"It is good that the German government is pushing for Tymoshenko to be allowed to travel to Germany for treatment. Also that the EU is applying pressure by putting the ratification of an association treaty with Ukraine on ice for an unspecified amount of time."

"A cancellation of the European Championship could only be considered as a last resort and it would be difficult to carry out. But UEFA could at least apply some pressure to Yanukovich by expressing its clear support for democratic reforms. It could also withdraw political recognition of the country's leadership by refusing to let Platini have his picture taken together with Yanukovych. … Doing so would expose the claim that sports are not political as what it truly is: a lazy excuse. … It would be right for UEFA to go on the offensive on the issue before more harm is done to Tymoshenko." 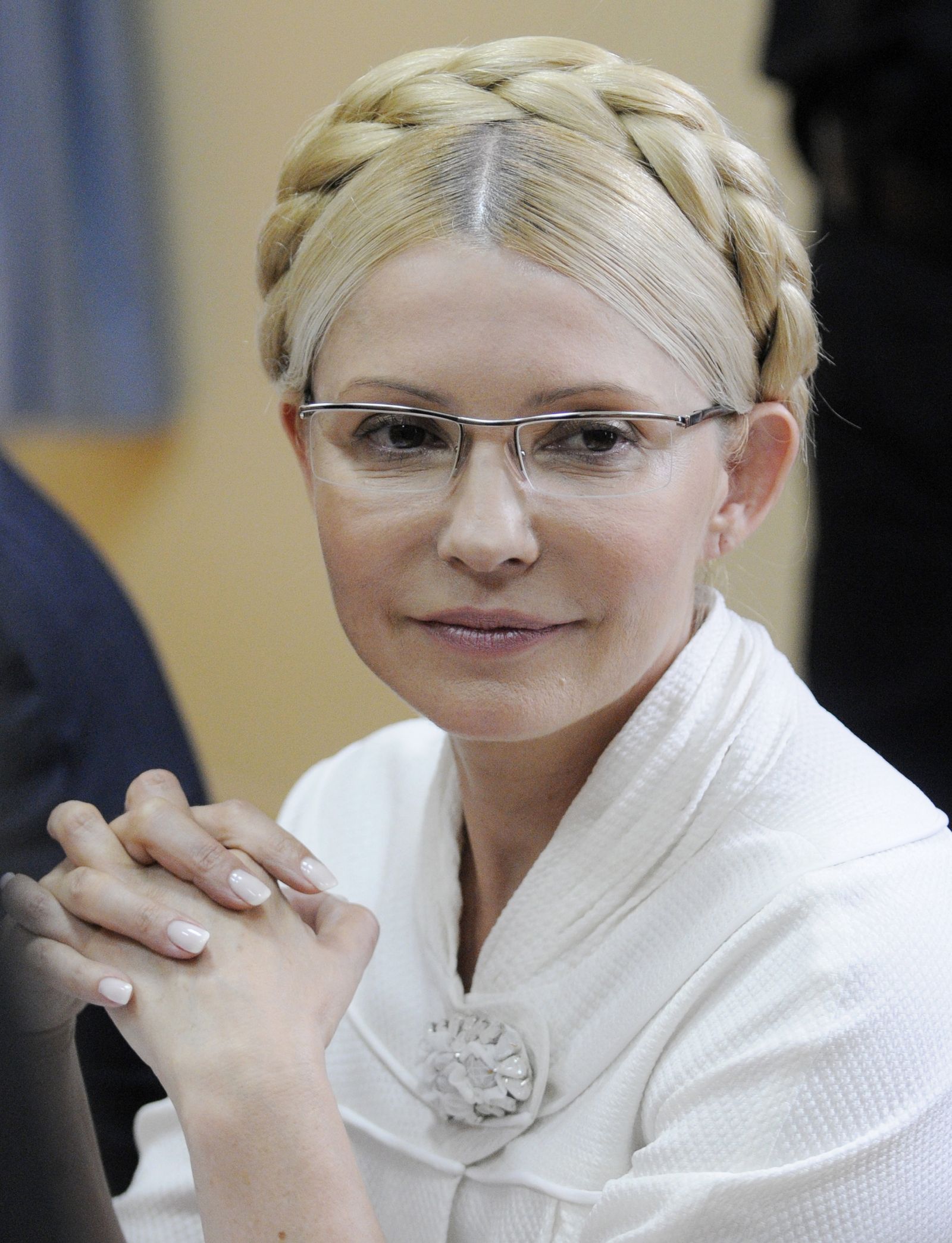