German newspapers have reacted harshly to Ukraine's decision to call off plans to sign a trade deal with the European Union. Critics argue that the pull away from Europe is another sign of corruption in the Ukrainian regime, and of Russian President Vladimir Putin's strategy of using threats to maintain power over former members of the Soviet Union.

On Thursday the Ukrainian government said in a statement that it would halt "the process of preparing the Association Agreement between Ukraine and the European Union" to "ensure the national security of Ukraine" and "restore lost trade volumes with the Russian Federation." Instead of working toward the EU trade deal, Kiev announced plans for a joint commission to discuss relations between Ukraine, Russia and the EU.

The announcement came in the wake of the Ukrainian parliament's rejection of several bills that would have allowed the country's imprisoned former prime minister, Yulia Tymoshenko -- whose jail sentence is widely seen as politically motivated -- to leave the country for medical treatment. The trade deal had been contingent on Tymoshenko's release.

The decision is especially fraught because Ukraine is in the midst of a tug-of-war between Europe and Russia. Moscow has been pressuring the country to join its own Customs Union with Kazahkstan and Belarus -- a prototype rival to the EU -- and the Russians have threatened economic sanctions and travel restrictions if the deal with the EU were to go through. It has also attempted to entice the Ukrainians with affordable gas prices.

Although Moscow did not comment on the decision, the Kremlin-connected head of the foreign affairs committee in the lower house of the Russian parliament, Alexei Pushkov, tweeted: "The EU has overdone putting pressure on Ukraine: an agreement of dubious benefit for Ukraine was also contingent on political conditions. That was a major error."

German Foreign Minister Guido Westerwelle was more measured in his reaction. "Our offer of a real partnership stands," he said in a statement. "The ball is in Ukraine's court. It is her sovereign right to freely decide her path."

German editorial pages, however, are universally critical of the decision:

"It was Putin who diabolically suggested a three-way discussion about the fate of Ukraine, as though it was 1939 and territories could be divided up the way Hitler and Stalin did. Ears should be burning not only in the once-Polish western Ukraine, but also across enlightened Europe. Putin's divisive work has accomplished its goal: He wants confrontation because the only thing protecting his authoritarian system is a firm division. If the rule of law scratches at his door and the values of the EU reach all the way to Russia, then Eastern Europe will also be infected by the EU's reforming powers."

"The territory that is now Ukraine has been crisscrossed by cultural, linguistic and religious fault-lines for centuries. But Europe has shown that, in many places, historical burdens can be overcome. Ukraine has its place in Europe. And so does Russia."

"Ukraine is vulnerable because it is run by a clique for whom personal power and personal interests are more important than the fate of the country. Complaints from Kiev's ruling elite, that the EU hasn't offered enough to compensate for losses resulting from Russian pressure, are insolent. The Europeans have generously supported Kiev's attempts to free itself from dependency on Russian gas. It is difficult to give credit to a regime that is corrupt and notoriously untrustworthy, but the EU should keep the door open for Kiev, for its own sake, because it doesn't know how the power struggle for Ukraine will end. But it also shouldn't encourage Putin, because it has a responsibility to protect its members in East Central Europe, which the Kremlin is trying -- as it currently is with Lithuania's EU Presidency -- to influence like it did Ukraine."

"Viktor Yanukovych, the president from the Russian-speaking region of eastern Ukraine, long played the role of an unexpectedly far-sighted European politician. But now this mask has fallen away. He has once again shown himself to be a man for whom short-term interests come before strategic decisions, and for whom maintaining power is the only goal."

"He is, unfortunately, representative of his country's elite, who are willing to admit there would be benefits of binding Kiev to the EU, but only in a general sense. The advantages of the association agreement are abstract. They are the benefits of a strategic self-determination, which can't be measured in dollars or euros. But in contrast to Brussels' strategy, Moscow's threats and promises have been wonderfully concrete. The political decision was reduced to an arm-wrestling match, and Russian President Vladimir Putin won."

"The West's strategy of insisting on establishing the principles of a constitutional state is still the right approach. And Ukraine must release Yulia Tymoshenko immediately. This must remain the goal of German foreign policy." 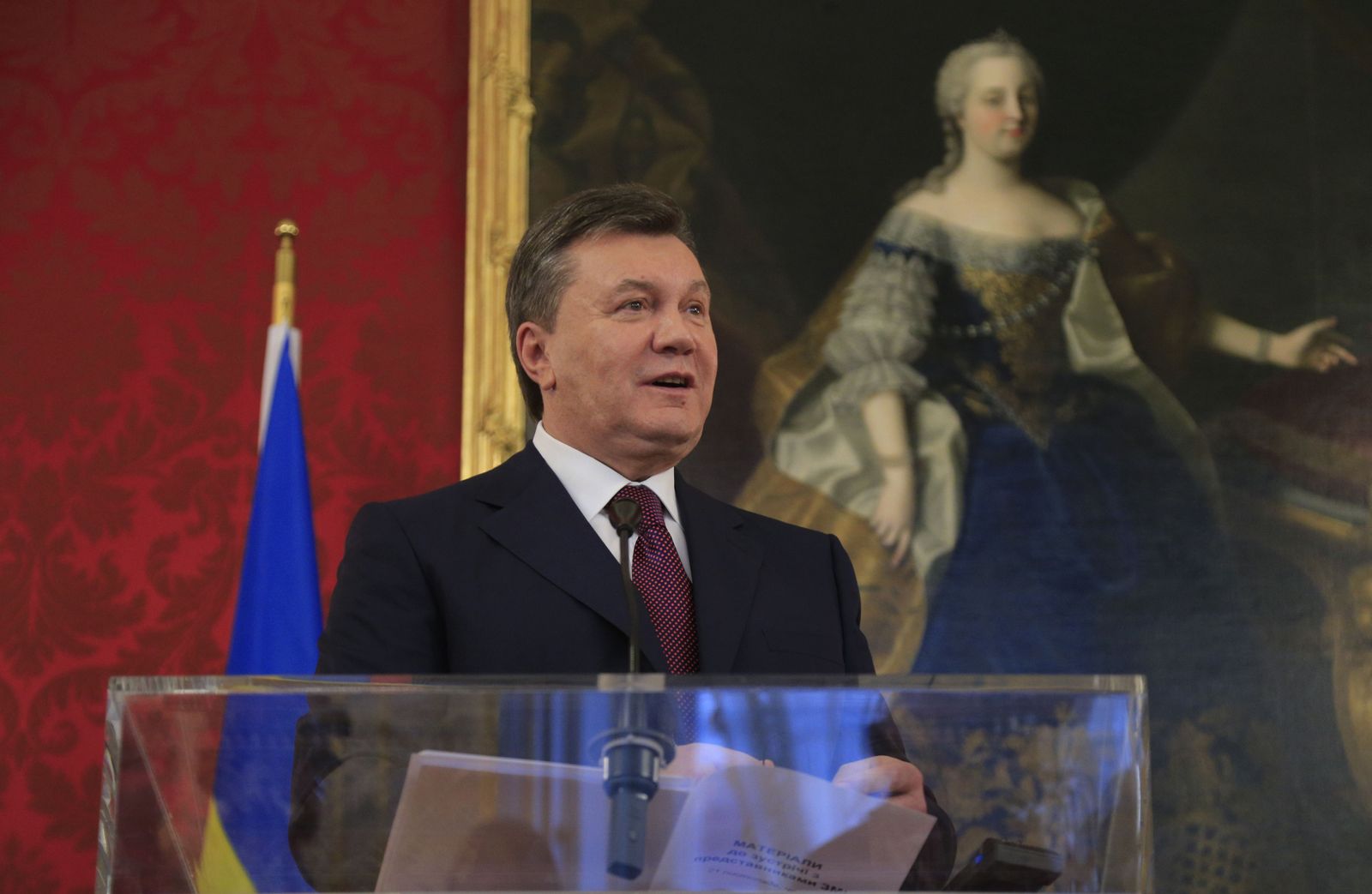 Ukrainian President Viktor Yanukovych has halted preparations for an association agreement with the European Union.