For the past three years, there has been little in the way of good news coming out of Southern Europe. But, on Wednesday, a new German study provided a rare glimpse of hope, suggesting that the crisis-struck countries may finally be turning the corner.

The study by the Association of German Chambers of Industry and Commerce (DIHK), commissioned by the Financial Times Deutschland newspaper, showed that the countries in crisis are becoming more competitive, based on two key indicators.

Deficits in national current accounts -- the difference between the value of exports and imports of goods and services -- are also shrinking in most countries. The report revealed that Greece reduced its current account deficit by 54 percent between 2008 and 2011. The country's exports have regained the level they had in 2007, even though the Greek economy has contracted by 27 percent since then.

Spain and Portugal cut their current account deficits by 50 and 40 percent, respectively, between 2008 and 2011, according to the study. Italy managed to reduce its trade deficit to almost zero in the first half of this year as a result of rising exports and falling imports.

Experts reacted positively to the new figures, saying that the crisis-hit countries are much further along with reforms than is generally believed. "The euro zone has already done most of its structural homework," Folker Hellmeyer, chief economist at Bremer Landesbank, told the Financial Times Deutschland. "The process of adjusting trade imbalances in the euro zone is in full swing," said Andreas Rees, an economist at the UniCredit bank.

The DIHK believes that efforts to make euro-zone countries more competitive will start to bear fruit in 2013. Likewise, the organization expects the euro zone to see growth of 0.7 percent in 2013, up from a 0.2 percent contraction in 2012, and predicts that Europe could even be a driver of global growth in the coming year. The expected uptick is also likely to benefit German exporters, the DIHK said, as 59 percent of German exports go to other EU countries.

Still, not all the report's news was good, as the DIHK reported that German companies are concerned about the banking sector in Southern Europe. Exporters are suffering from the fact that the crisis is making it virtually impossible for potential buyers in other euro-zone countries to obtain bank loans. In Greece, in particular, companies have practically no way of borrowing money right now, the report stated. 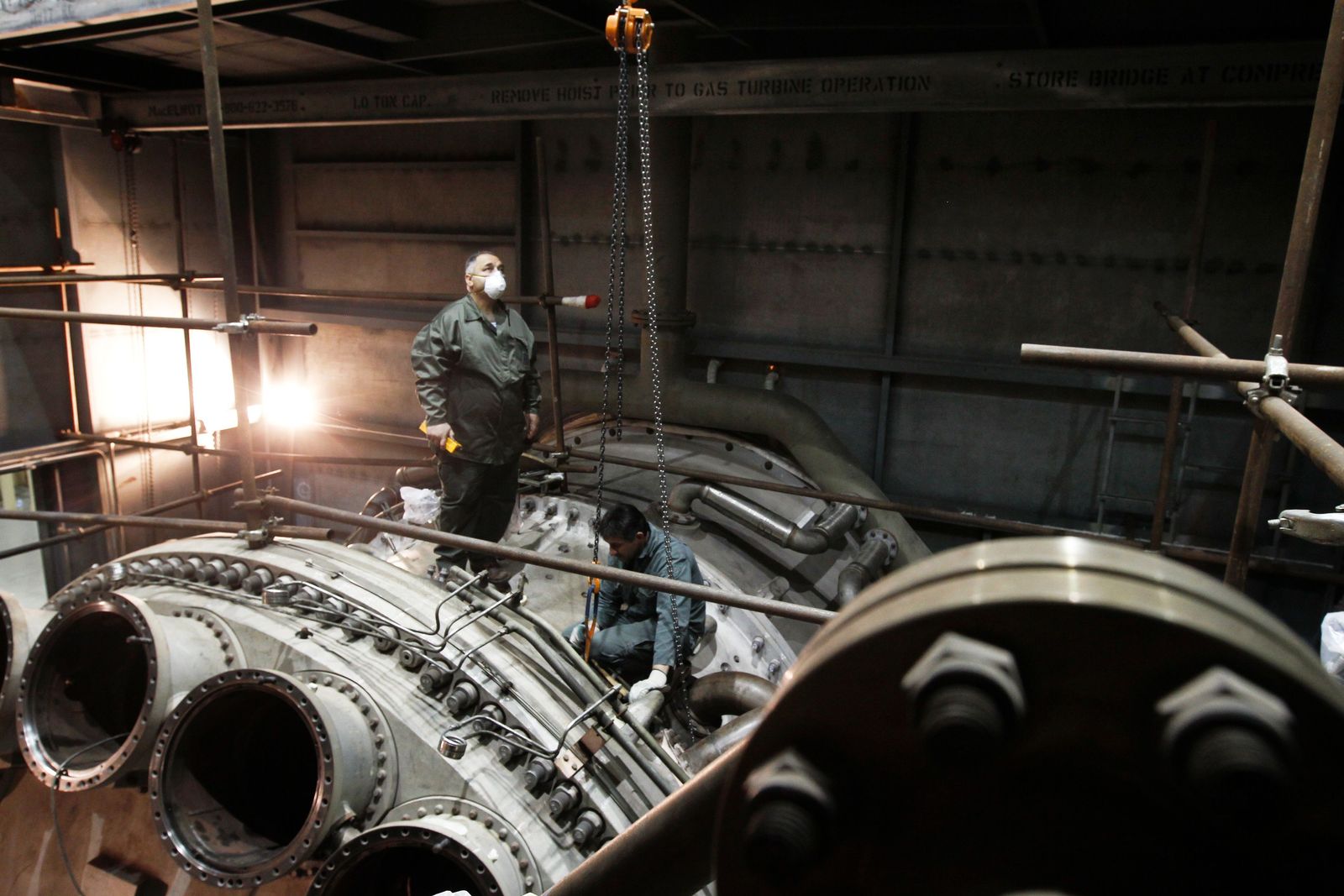 A natural gas-fired power station in Lavrio, southeast of Athens.