Global financial markets on Friday continued to be rattled over concerns of a double-dip recession in the United States and the continuing European debt crisis. Following heavy losses on Wall Street and Asia on Thursday and Friday, Germany's market opened with stock sales that bordered on panic. Shortly after the opening of trading, the blue chip German DAX index fell by more than 4 percent to 6,152 points, recovering slightly later to a level of 6,220.

The DAX has now been declining for eight successive days, shaving off 1,100 points and eliminating any gains made this year. The DAX is now at its lowest level since October 2010.

The MDax index of German companies fell in early trading Friday by 4.6 percent to 8,802 points. Meanwhile, the TecDax technology sector index fell by around 5 percent to 688 points. Markets across Europe began to dip on Friday with similar speed, with traders speaking of panic sales. "Fears of a recession in the United States and about the debt crisis in Europe are continuing to cause turbulence on financial markets worldwide," one trader told a wire service reporter.

Traders said concerns over the United States' economic growth are accelerating the decline in share prices. Investors were said to be tensely awaiting the coming US labor market report on Friday. Many are assuming it will deliver further disappointing news. "If the situation on the markets in recent days was demoralized, then after yesterday's losses on the US markets, it is moving into the direction of panic," one trader said.

In Asia on Friday, markets posted significant losses. Tokyo's Nikkei fell 3.7 percent. Markets in Hong Kong fell by 4.7 percent, and shares in Shanghai were down by 1.7 percent. The market in Sydney posted a minus of 4 percent, with Seoul's key index falling by 3.7 percent.

On Thursday, European and American stock markets fell steeply. The Dow Jones on Wall Street fell as fast on Thursday as it did during the peak of the global economic crisis in 2008. For the first time since December 2010, the blue chip index fell beneath 11,400 points. "It was a total bloodbath," John Richard of RBS Global Banking & Markets told the Wall Street Journal.

The Nasdaq technology market fell by 5.1 percent or 136.68 points to 2,556.39. All important indices lost at least 10 percent compared to their high points in April.

The mood on financial markets on Thursday evoked memories of September and October 2008 after the collapse of the Lehmann Brothers investment bank, and it is possible that markets will further fall based on diminishing trust in the ability of political leaders and central banks to deal with the crisis.

Analysts fear that concerns over the spread of the sovereign debt crisis in the euro zone as well as the budget problems and weak economic data in the US are responsible for the current market tumult. Market analyst Hugh Johnson said investors' trust in the economy, the markets and current political leadership is diminishing. Peter Cardillo of financial consulting firm Rockwell Global said investors are concerned the US is heading into a double-dip recession.

'The Situation Is Alarming'

In light of the dramatic losses, Gustav Horn, the director of Germany's Institute for Macroeconomics and Economic Research (IMK), said the threat of a new global economic crisis is increasing. "The situation is alarming," he told the financial daily Handelsblatt, "because panic on the financial markets can quickly lead to a crash in the granting of credit and demand for it." The consequence would be a new global crisis.

Horn said it is decisive now that politicians rebuild trust. "In Europe, that means that the European rescue fund EFSF needs to act if pressure increases on government bonds," he told the paper. "In the US, the Fed (central bank) must also intervene."

Underscoring the deep concerns about the latest market tumult, the ECB on Thursday began purchasing Irish and Portuguese government bonds again for the first time since March. The Financial Times Deutschland newspaper reported that the move had been opposed by Germany's central ban, the Bundesbank. ECB officials are concerned that the purchase of bonds violates European treaties because it could be seen as indirectly financing national debt. The role of purchasing bonds from the secondary markets is to be assumed by the €500 billion European Stability Mechanism, which will not go into effect until 2013, when it will replace the EFSF.

On Wednesday yields for 10-year government bonds for Italy and Spain rose to over 6 percent, the highest level since the introduction of the euro and also one that will be unsustainable for the countries in the long run. When yields for Ireland and Portugal rose to 7 percent, those countries were forced to turn to the euro rescue fund for help.

Responding to another disturbing development -- a growing unwillingness of even healthy banks to lend money to one another -- the ECB also began providing generous amounts of liquidity to European banks, as it did during the crisis in 2008.

Markets also appear to be concerned that Europe's €440 billion rescue fund for the euro is insufficient for dealing with the debt crisis. In order to prevent a further escalation of the situation, European Commission President José Manuel Barroso has proposed increasing the scope of the EFSF funding. In a letter to the leaders of the 17 euro-zone member states, Barroso called for a "rapid reassessment" by governments of all aspects of the EU's bailout funds. "We need also to consider how to further improve the effectiveness of both the EFSF and the ESM in order to address the current contagion," Barroso wrote.

In Germany, however, a spokesperson for Finance Minister Wolfgang Schäuble of Merkel's conservative Christian Democratic Union party brusquely rebuffed Barroso's call, saying that the European Commission is not responsible for the EFSF and that he could not see "the extent to which reopening the debate would actually quiet down markets." 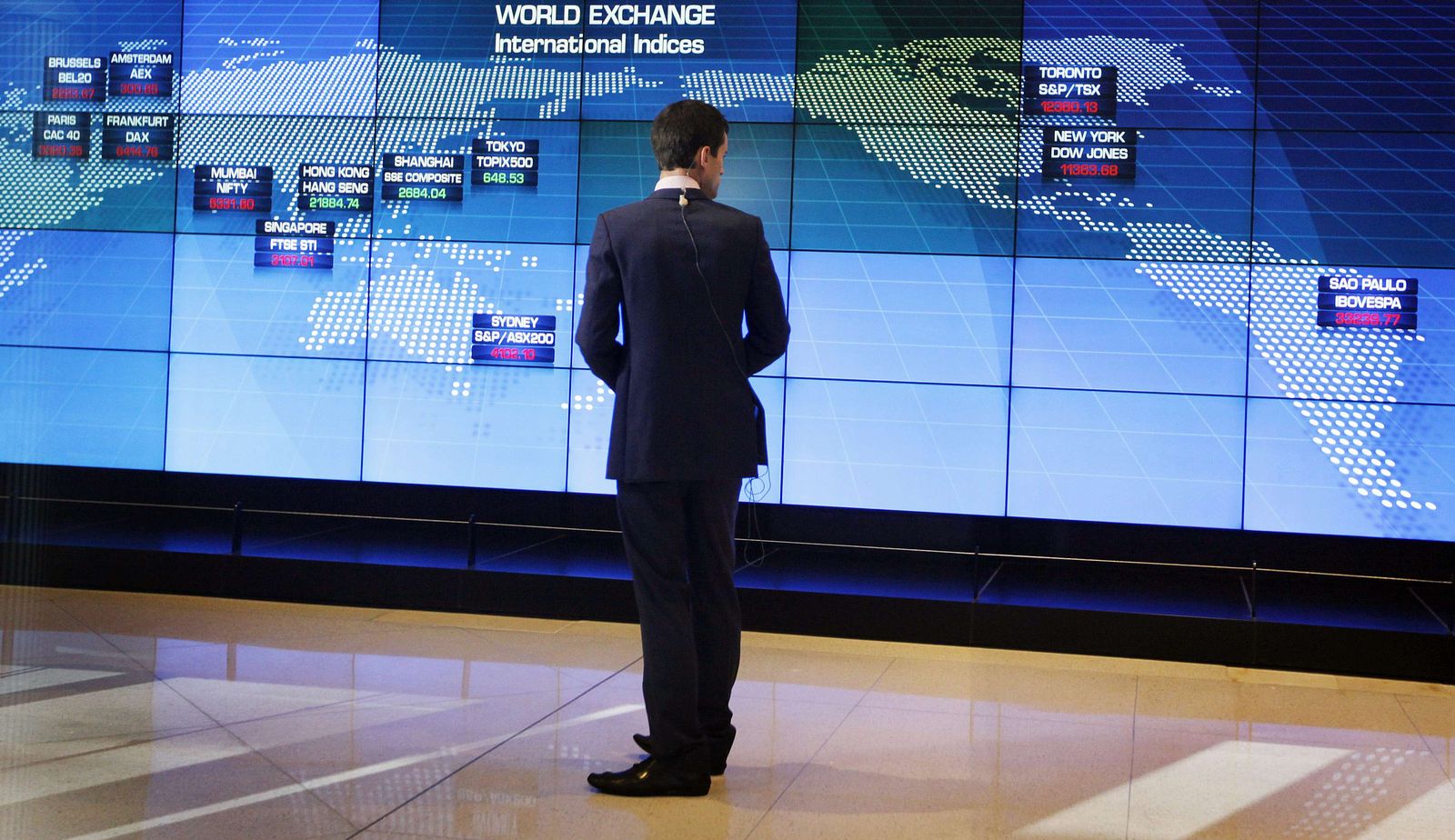