European Union Budget Commissioner Günther Oettinger wanted to know what is going on in Germany. To find out, he set up a number of meetings in Berlin this week, including one in the Chancellery. He also arranged to chat with Christian Lindner, the head of the Free Democrats (FDP) and the man who unexpectedly turned his back on German coalition talks in Berlin last Sunday night.

The reason for Oettinger's interest in the political developments in Germany is simple. He has been assigned with writing a draft EU budget for the next 10 years and his due date is next May. He is currently traveling from capital to capital on the Continent to determine how member states envision EU spending for the period from 2018 to 2027.

But the German voice, which generally carries significant weight when it comes to budgetary questions,is silent these days. "The long process of assembling a government is weakening Germany's influence in Brussels," says Oettinger. "German influence on important issues is currently undiscernible."

The failure of German coalition negotiations in Berlin has caught the European Union completely off guard. Ahead of elections in France and the Netherlands earlier this year, there had been widespread concern about the rise of the right wing and potential difficulties when it came to assembling a governing coalition in those countries. Few such concerns were voiced ahead of Germany's general election on Sept. 24. Everyone assumed that Germany was solid.

Now, though, French President Emmanuel Macron has taken center stage in the EU with his ambitious reform proposals while European Council President Donald Tusk has already come up with a detailed timeline for transforming Macron's vision into concrete policy decisions. And suddenly, Germany has vanished. "You're ruining our entire presidency," complained Kaja Tael, Estonia's permanent representative in Brussels. Estonia currently holds the EU's rotating presidency. (The ambassador denies having said such a thing.)

On Monday afternoon, just a few hours after the collapse of coalition talks was announced in Berlin, the European General Affairs Council met in Brussels. The General Affairs Council is made up of the European affairs ministers from EU member states and they were meeting to decide where to relocate the two EU agencies that have to move out of London as a result of Brexit. Some EU observers believe that the council's decision to relocate the European Banking Authority (EBA) to Paris instead of Frankfurt is an early sign that German influence is on the wane.

Outside the room, Dutch Foreign Minister Halbe Zijlstra joked that his country needed seven months to assemble a new government earlier this year, so the Germans still have five months left. But inside, the mood was more serious. Michael Roth, state minister in the Foreign Ministry in Berlin, did what he could to assuage the concerns of his EU counterparts. "Our neighbors are very concerned," he said. "It's quite distressing: The election of Macron opened the door wide to changes in the EU. But nobody is walking through."

The EU is particularly impatient for German input on questions pertaining to economic and currency union. Macron would like to see the creation of a budget to help countries that run into trouble through no fault of their own. But it remains unclear how large that fund should be and who will control it, the European Commission or the individual member states. To be sure, the draft coalition agreement that had been on the table before talks were broken off wouldn't have provided a clear answer on those issues either. But now, some in the EU are growing concerned that new elections in Germany - which wouldn't take place before early 2018, if that is the path that Berlin ends up choosing - would strengthen the FDP, which has shown significant skepticism regarding many of the reforms Macron has proposed. A poll released on Thursday found that the FDP is up to 12 percent support, up 1.3 percentage points from its result in the Sept. 24 general elections.

Time, though, is growing short. Council President Tusk had been hoping to discuss central questions regarding economic and currency union at the EU summit in mid-December. But with Merkel now merely the head of a caretaker government, doing so makes little sense. European Competition Commissioner Margrethe Vestager has taken the opportunity to warn smaller EU member states that they shouldn't wait around for the German-French "motor" to rumble to life again. "Perhaps the other EU members should use the situation in Germany as an opportunity to think themselves about what EU reforms they would like to introduce," she told DER SPIEGEL in an interview.

The situation will become even more precarious early next year when the negotiations on future EU spending become more concrete. One issue that needs to be address is how to fill the revenues gap that will be created once the British leave the EU. More importantly, though, Budget Commissioner Oettinger would like to change the focus of EU spending to focus more on education and digital issues. But if the Germans want to exert influence on budgetary decision, they have to hurry, Oettinger warns. "I need clarity by next February at the latest," he says.

Oettinger's favored scenario, a preference he shares with many in Brussels, would be for German Social Democrats to seriously consider joining another coalition with Merkel. The party ruled out such a scenario immediately following the Sept. 24 election and did so once again after coalition negotiations collapsed last Sunday night. But with pressure mounting on the party to reconsider, the SPD met late into the night on Thursday night and emerged saying the party is now open to at least preliminary talks. It is a decision that Macron, too, will no doubt welcome: He believes that the SPD is more open to his EU plans than Merkel is.

Oettinger, meanwhile, says he has had positive experiences with SPD ministers in Brussels. "From the perspective of Germany's negotiating position in Europe, the SPD should reconsider whether it might want to return to a governing coalition after all," he says. 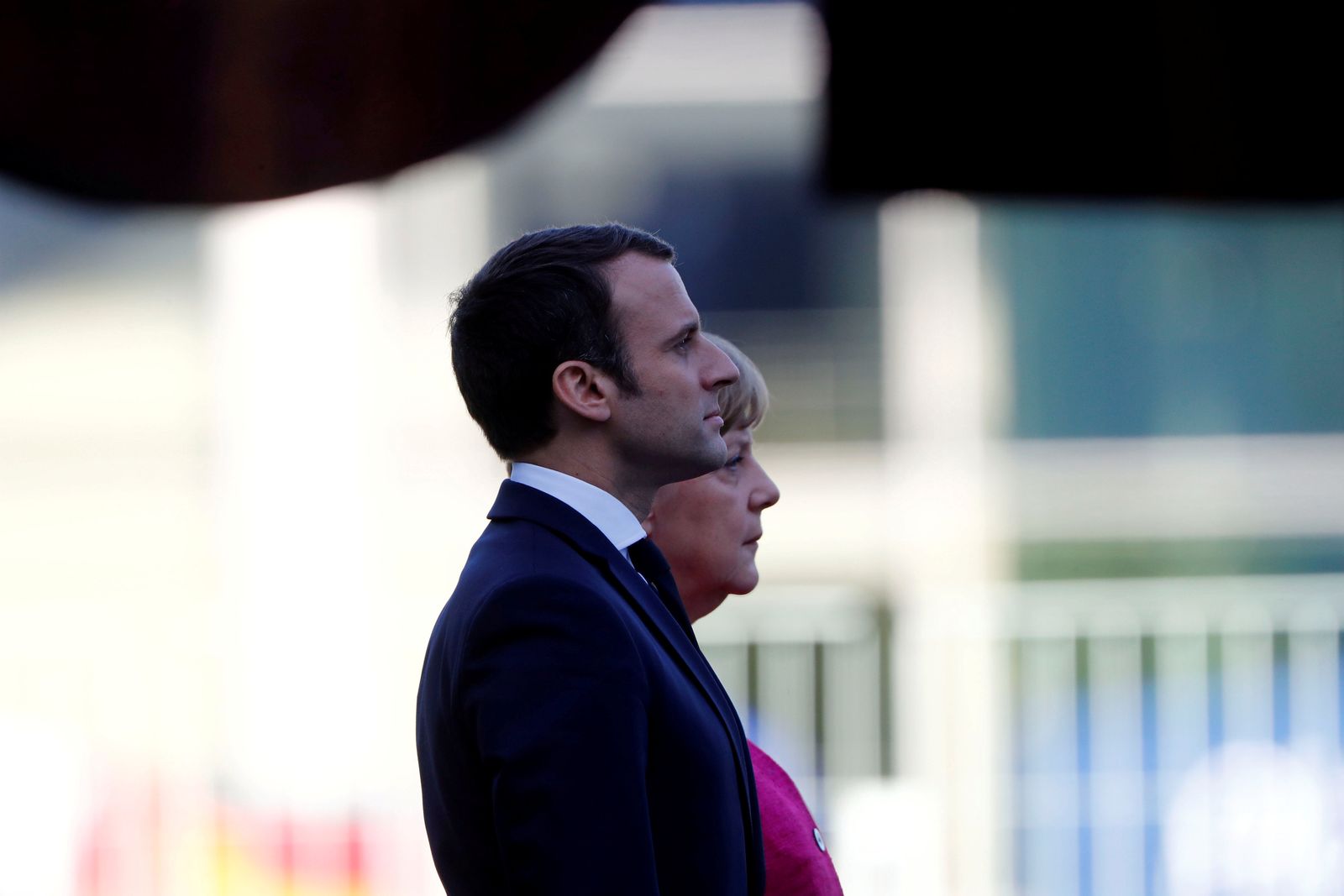