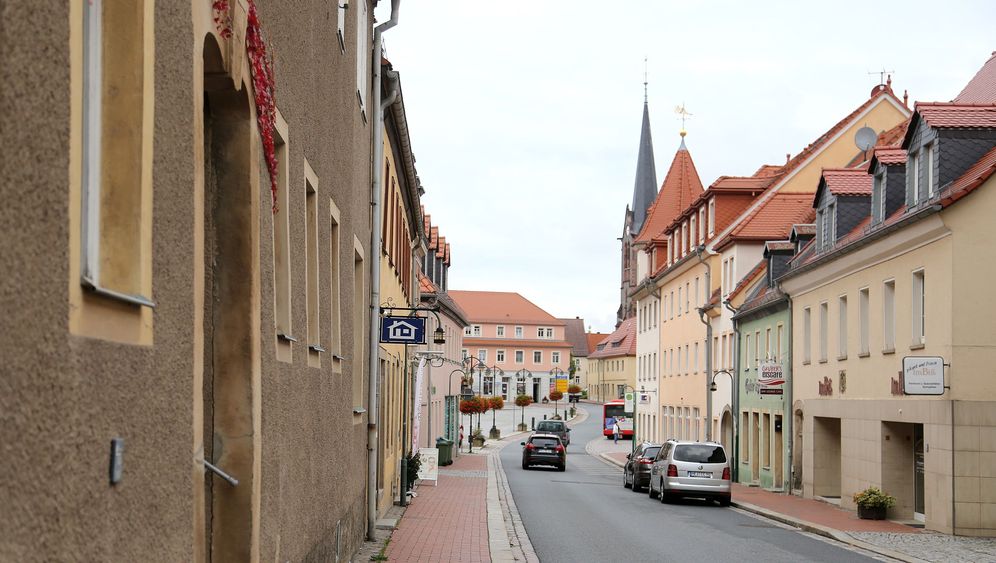 Yes, it was a risk, says Ramona B., a saleswoman in a clothing store on the town square. Alexander Gauland, the overtly racist lead candidate for the right-wing populist Alternative for Germany (AfD) party, is a catastrophe, she contends, adding that it is important to fight against climate change and for the European Union. Nevertheless, the 59-year-old clothing saleswoman cast her ballot on Sunday for the AfD. "Something has to change."

A lot of people in the small town of Wilsdruff, located a 30-minute drive west of Dresden, agree with Ramona B. Fully 36 percent of voters in the town cast their ballots for the AfD, significantly higher than for the second-place party, Chancellor Angela Merkel's Christian Democrats, which received 32 percent of the vote in Wilsdruff.

The town is located in an electoral district in Saxony, the German state which shows the strongest support for the AfD. It is the district that Frauke Petry, the erstwhile co-head of the AfD who announced on Tuesday that she is leaving the party due to its stark rightward shift, calls home. In total, 36 percent of voters in the district overall voted for the right-wing populists, with some municipalities returning results of over 40 percent. Everywhere in the district, AfD emerged as the strongest political party.

Ramona B. says she couldn't make up her mind for a long time, until she saw a photo on television shortly before the election. It showed a blonde woman allegedly being cornered by dark-skinned men at the new year's eve celebrations in Cologne in 2015, when dozens of women were sexually harassed and some raped. The same TV report, however, pointed out that the image was a photoshopped montage. "Still," she says, "something did happen in Cologne!" She says she has nothing against foreigners, "but when they get the upper hand, it's not good for the country."

The conversation quickly turns to immigration when you ask people in Wilsdruff about the AfD's victory in the region. Not far from the clothing store, a stocky, 64-year-old man with a brown buzzcut turns into a side-street. He, too, voted for the AfD, he says, as did most of his friends and acquaintances.

"I need to know who is coming to our country," he says. Merkel, he says, should have admitted that it was a mistake to allow so many foreigners to cross the border into Germany. He argues that the money now being spent on integration could instead have been used to renovate schools and build more kindergartens.

He also says that he believes the EU and climate protection are important, nor does he have much regard for either Gauland or the AfD's ambiguous pension plan. But, he adds, domestic security is extremely important. He also doesn't really care that his district's representative in German parliament, Frauke Petry, has said she won't be part of the AfD parliamentary group in Berlin. "I voted for the party, the people are interchangeable," he says.

Neither the 64-year-old man, who asked that his name not be used, nor Ramona B. say that they have had any concrete problems with refugees. According to the town's administration, Wilsdruff is currently home to 10 asylum-seekers -- compared to an overall population of 13,900 residents. Right-wing violence of the type seen in towns like Freital and Heidenau, both of which are in the same electoral district, haven't been seen in Wilsdruff.

Nevertheless, many people here are plagued by fears of foreigners and of terror -- even those who didn't vote for the AfD. More must be done to prevent attacks, says Marie-Christin Saalbach, 21, while taking a walk with her young daughter and grandmother on the town square. That was a decisive factor in casting her ballot, though she ultimately chose the business-friendly Free Democrats instead of the AfD.

'An Insurgency Against the CDU'

Still, it is clear that in Saxony, Chancellor Merkel and her Christian Democrats are still closely identified with the decision to allow in hundreds of thousands of refugees in 2015 -- even though a lot has changed since then. Merkel has repeatedly emphasized the importance of securing the EU's borders, she has massively limited family reunification rights for asylum recipients and she was also instrumental in negotiating the EU-Turkey deal aimed at putting a stop to the influx of refugees flowing into Greece.

Ralf Rother is a member of Merkel's CDU and has been the mayor of Wilsdruff since 2003. He says he has often been asked recently why there is so much money available for migrants but what people view as a lack of funding for education and new teachers. People in his town, he says, have often expressed a lack of understanding for what they perceive as a significant problem.

"It is an insurgency against the CDU," says AfD politician Tobias Fuchs, 43, who lost to Rother in March mayoral elections in Wilsdruff. The region used to be a stronghold of CDU support, but Fuchs says the party isn't nearly as conservative as it was just 10 years ago. "AfD took over many of their issues," Fuchs says.

Plus, he adds, "AfD bashing" from politicians and the media contributed to his party's success in the general election. "There hasn't been a serious debate about the demands being made by the AfD."

The 64-year-old AfD voter with the buzzcut says that such bashing actually served to confirm his decision to vote for the party. "As soon as you say something against the government's refugee policy, people think you are a right-winger," he says. "That isn't the kind of democracy that we once wanted," he adds, referring to the state's East German past.