German Chancellor Angela Merkel and French President Nicolas Sarkozy gave a crucial show of unity in the euro crisis on Monday, announcing after a meeting in Paris that they will push for a new treaty, either among all 27 EU members or just the 17 countries in the euro zone, to force member states to adhere to tighter budget discipline in the future.

The two leaders also agreed to bring forward the establishment of the permanent bailout fund, or European Stability Mechanism, for ailing member states to next year from the original launch date of 2013.

They plan to submit their proposals to European Council President Herman Van Rompuy on Wednesday ahead of what is being billed as a make-or-break summit on the euro crisis on Thursday and Friday.

"Things cannot continue as they have done up until today," Sarkozy told a joint news conference with Merkel after the meeting. "Our preference is for a treaty among the 27 (EU members), so that nobody feels excluded, but we are open to a treaty among the 17 (euro members), open to any state that wants to join us."

Sarkozy said the treaty would enshrine automatic sanctions on countries that breach the EU's budget deficit ceiling of 3 percent of GDP, and would also contain a "golden rule" under which member states would declare balanced budgets as a requirement in their national constitutions.

Both leaders were at pains to quell rumors of behind-the-scenes disagreements on how to tackle the crisis.

"In this extremely worrying period and serious crisis, France believes that the alliance and understanding with Germany are of strategic importance," Sarkozy said. "Risking a disagreement would be risking the euro zone exploding."

Merkel said: " "It is very important that we work as closely together as possible... We are in a difficult situation and we need to regain trust, as the belief that we can be taken at our word has suffered.

"That is why at the summit we need to regain some of this confidence and trust in our word. We want structural changes which go beyond agreements. We need binding debt brakes, which can be verified by the European Court of Justice."

ECB Could Step in to Calm Markets

Even if Merkel and Sarkozy can secure agreement for treaty changes at the EU summit, the moves will take months to implement. The European Central Bank could step in to stabilize markets in the meantime through bond-buying and interest rate cuts.

The ECB last week signalled flexibility if leaders made progress on fiscal integration.

The two leaders also agreed that the rules of the permanent rescue fund, called the European Stability Mechanism, are to be changed so that it will no longer be possible for an individual member state to veto decisions. Decisions on ESM moves will only require 85 percent approval, rather than the originally envisaged 100 percent, to go through, they said.

Both Sarkozy and Merkel also reiterated their opposition to euro bonds, or jointly issued debt, an idea that had been aired by EU officials as a way to contain the crisis by reducing the borrowing costs of high-debt nations.

Both also said they had settled differences on the involvement of private sector creditors in future sovereign defaults. Merkel said the creditors would be involved in accordance with the rules of the International Monetary Fund. She said there would be no "Lex Europa" that would treat investors in Europe worse than investors elsewhere in the world. 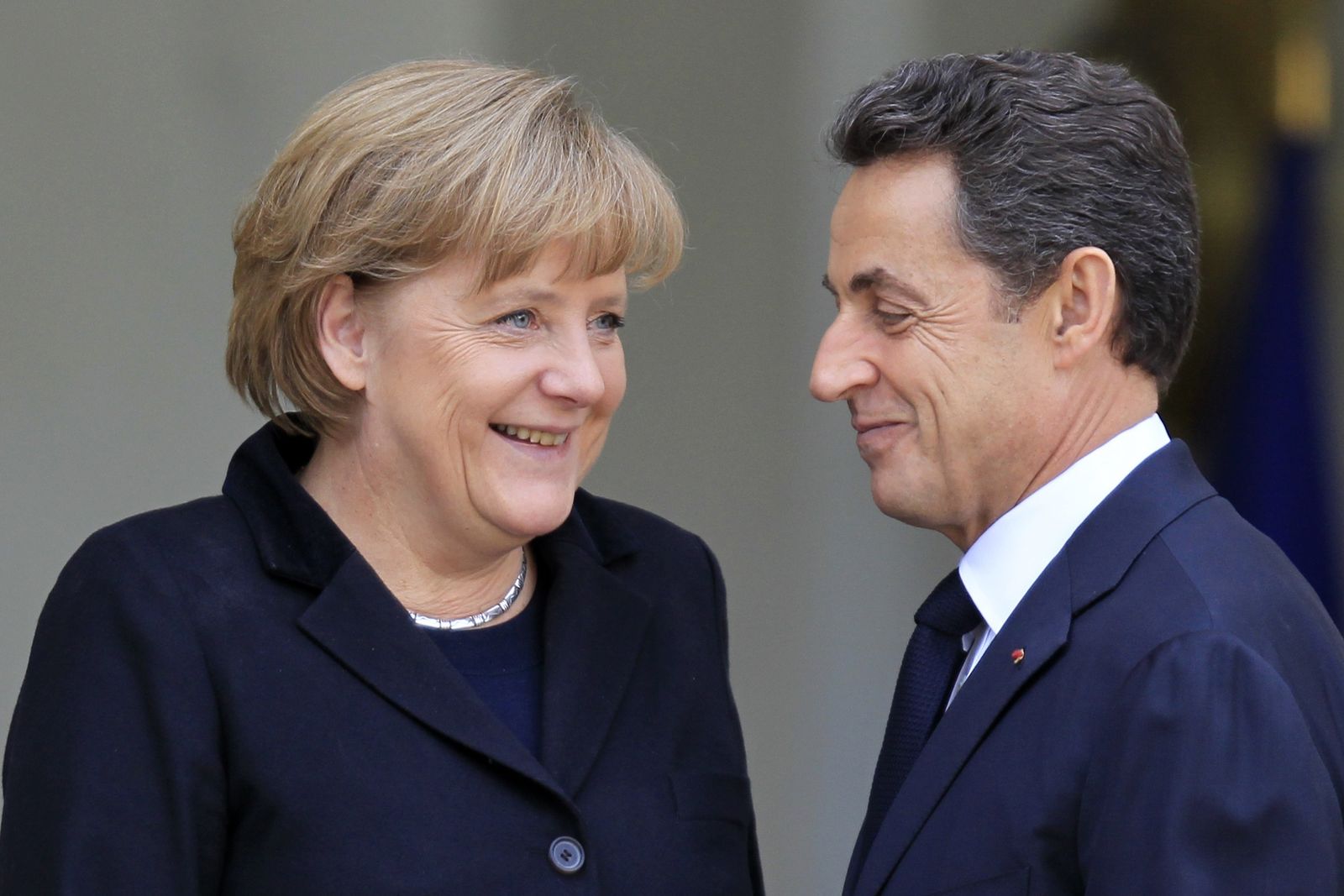