The tax office in the Barmen district of the western German city of Wuppertal is a yellow-and-gray building from the 1970s, directly opposite a discount supermarket and a cheap clothing store. Here, on the sixth floor, an official who can only be identified as Peter B. has worked for many years in the service of the tax authorities in the state of North Rhine-Westphalia. He is possibly Germany's most successful tax investigator, and has been dubbed the "terror of the millionaires."

There is no photo of Peter B. available, and he is not on Facebook. Neither is it possible to find biographical information on the official. Calls to the office are fobbed off by resolute staff who politely explain that the boss is not available.

But among his peers, Peter B., the 61-year-old head of the Wuppertal-Barmen tax office, enjoys an excellent reputation. The head of the state chapter of the German tax collectors' union (DSTG), Manfred Lehmann, calls him a "very remarkable person" and "an absolute professional." It is not possible to find "a more committed tax inspector," Lehmann says.

But now, Peter B. has his own legal problems. Swiss investigators accuse him of industrial espionage and have issued arrest warrants for him and two other tax officials in North Rhine-Westphalia. The Swiss are demanding that German authorities question the men and report their findings to their Swiss colleagues.

A CD Worth Millions

The man behind the warrants, which have caused an escalation in the long-running tension between Germany and Switzerland over a planned tax-evasion prevention deal, is Switzerland's Attorney General Michael Lauber, the country's top criminal prosecutor. Lauber suspects that the officials from North Rhine-Westphalia issued concrete "instructions to spy on the Credit Suisse bank." It is the first big case for Lauber, who has only been attorney general of Switzerland since the beginning of the year.

The new allegations are based on a case that made headlines in Germany and internationally in 2010. In February of that year, Peter B.'s team bought a CD containing data about German clients of Credit Suisse for €2.5 million ($3.3 million). The seller was a 42-year-old Austrian man called Wolfgang U., who lived in Switzerland. Wolfgang U. acted as a middleman for the former Credit Suisse employee who stole the data.

As a result of the purchase, German tax authorities were able to secure convictions against over 100 tax evaders. Not only that, but the news about the CD alone was enough to prompt more than 6,000 people to voluntarily declare unreported income to the tax authorities, in a bid to avoid criminal charges. That wave of remorse brought over €300 million in tax revenue for the German state.

But while the authorities were celebrating in Germany, the officials' deal with the data thieves sparked indignation in Switzerland. Many Swiss people felt that the German officials had acted as a receiver of stolen goods and had cooperated with criminals.

'We Won't Put Up with Everything'

Hence, the news about the arrest warrants has been welcomed in Switzerland, where editorials in the major newspapers and leading politicians have praised the country's new assertiveness. "Even Germany has to understand that we won't put up with everything," commented Swiss politician Martin Landolt, a conservative member of the National Council of Switzerland, the lower house of the county's parliament.

There has even been support for the warrant within Germany. Patrick Döring, general secretary of the business-friendly Free Democratic Party (FDP), which traditionally sees itself as representing high-income voters, defended the move in remarks to the regional newspaper Passauer Neue Presse. "It's not surprising that the Swiss authorities have no interest in allowing crimes in their country to be rewarded," he said.

German Finance Minister Wolfgang Schäuble called for calm in the dispute. "Switzerland is a state based on the rule of law, just like us, and it doesn't make any sense for us to lay into each other," he told the radio station Südwestrundfunk on Tuesday. At the same time he defended the "very, very good" work of the North Rhine-Westphalian tax officials. "According to German law, everything that they did was legally correct, and they were only doing their duty," he said.

To complicate matter, there are different versions of how the purchase of the data CD actually took place. Basically, the German version holds that the tax officials acted absolutely above board when buying the CD, because they only played a passive role. They were merely offered the data and were within their rights to buy it, in order to pursue tax cheats.

Many Swiss people -- including, presumably, Attorney General Lauber -- take a different view of events. They accuse the officials in North Rhine-Westphalia of having commissioned the theft. On Monday, the online edition of the major Swiss newspaper Tagesanzeiger even led with the headline: "How the Germans Deployed Their Mole at Credit Suisse."

According to the newspaper article, the German investigators were "delighted with the quality of the information." But they also wanted to prove that the bank was "systematically aiding tax evasion." The German officials allegedly asked the middleman, Wolfgang U., if he could provide documentation that supported that claim. Wolfgang U. then gave the tax inspectors an internal Credit Suisse presentation which apparently included the estimate that 88 percent of their German customers' money was untaxed.

If those claims are true, then it shows the German officials' actions in a completely different light. It raises questions about whether the tax inspectors overstepped the mark or even committed a crime.

If Lauber is able to prove that the North Rhine-Westphalia officials really did deliberately order the documents, then "they must be held accountable," says Peter Cosandey, a Swiss expert on economic crime. Cosandey, who now works as a management consultant, was responsible for international mutual assistance in criminal matters and fighting bank fraud in the canton of Zurich for 18 years. He dismisses the idea, which has been circulating in the German press, that Lauber is trying to influence the ongoing negotiations about a tax treaty with Germany. "The man is absolutely above suspicion politically," Cosandey says. He argues that it is "absolutely normal" that the Swiss attorney general is trying to clarify whether there are other guilty parties in the case, and what role the German tax officials played.

Main Witness Was Found Hanged in His Cell

Officials in Düsseldorf, the state capital of North Rhine-Westphalia, firmly reject the accusations. "Since 2010, we have been of the opinion that German law was not violated in relation to the data purchase. Nothing has changed in that respect," said a spokesman for the public prosecutor's office in Düsseldorf.

The crucial question is, however, whether the German officials encouraged Wolfgang U. or the Credit Suisse employee to deliver additional information, or whether the middleman only claimed to already be in possession of the data and in reality told the bank employee to obtain it after the fact.

But these questions will be difficult to answer, because Wolfgang U., the main witness, is dead. He was arrested in Switzerland in September 2010 on a charge of industrial espionage and was found hanged in his cell two weeks later. For that reason, it is unclear how the Swiss authorities plan to proceed with the case.

Manfred Lehmann from the German tax collectors' union spoke out in support of his colleagues in North Rhine-Westphalia on Monday: "We are outraged that Switzerland has issued arrest warrants against officials," Lehmann said. After all, he explains, the tax inspectors were not acting as private individuals but were acting on behalf of the German state.

Although the three officials could face arrest if they enter Switzerland, Peter B. and his two colleagues have reacted to the arrest warrants with "great composure," according to Lehmann. "I haven't heard about any uproar within the authorities at any rate," he said. 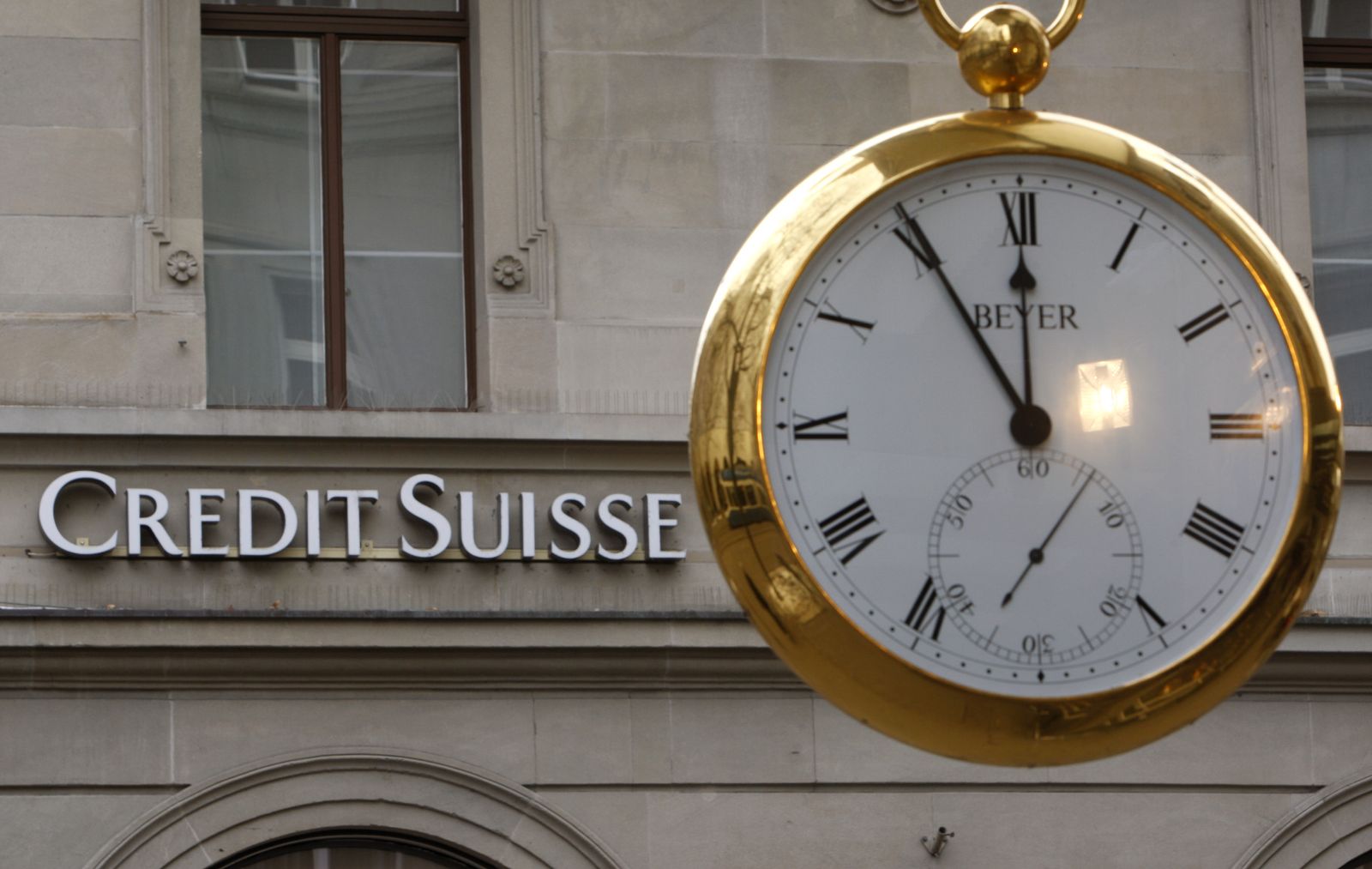