A bottle of liquor and a half-empty glass stand on the table next to Angela Merkel, who is studying a confidential document with a sullen expression. "How to Break Up the Euro," is the title.

That, at least, is how Britain's Economist imagines the chancellor's predicament these days. "Tempted, Angela?" is the headline on the cover of the current issue.

Indeed, the chancellor is in a tricky position at the moment, as she fails to get the euro crisis under control. Of course, the Economist's notion of a secret plan to break up the euro zone is purely fictitious. But it fits into the current debate, where more and more politicians from Germany's coalition government are talking about radical steps to solve the euro crisis.

Officially, though, Merkel's line is that she wants more Europe, not less. In the chancellor's bid to save the common currency, she is willing to go to the very limits of what is permissible under the German constitution. That was made clear by her support for the permanent euro rescue fund, the European Stability Mechanism (ESM), and her pet project, the fiscal pact. But Merkel still wants more. "We need a political union," she recently said on German public television station ARD. "That means we have to give up further competencies to Europe, step by step, in an ongoing process."

Talk of a Vote

But that will probably not work, given the limits of the German constitution, something that members of the opposition have been pointing out for some time. In the meantime, more and more people within the governing parties have been talking about holding a referendum in Germany on the European Union. Rainer Brüderle, the floor leader of the business-friendly Free Democrats, Merkel's junior coalition partner, said on Friday that there could come a point "when a referendum on Europe becomes necessary."

Horst Seehofer, head of the Christian Social Union (CSU), the Bavarian sister party to Merkel's Christian Democratic Union (CDU), has even called for several referendums. Finance Minister Wolfgang Schäuble has also talked about holding a national vote on the EU.

Such a vote could indeed be a way to get the much needed legitimacy for a transfer of national competences to Brussels. But how would it actually work in practice? SPIEGEL ONLINE presents an overview of some possibilities.

There are three conceivable options for a referendum:

The German constitution, officially known as the Basic Law, does not make much mention of direct democracy. Referendums are only specifically foreseen for the case of a reorganization of Germany's territory and for the event that the Basic Law, which was originally supposed to be temporary, is superseded by a new constitution. There have been repeated calls to give the population a greater say beyond ordinary elections, especially from the opposition. In contrast to the CDU, the CSU and FDP are open to the idea.

Critics say that questions about transfers of competence or measures to save the euro are too complex. But CSU leader Seehofer considers those objections to be "pure arrogance" towards the people. In the newspaper Die Welt, Seehofer listed three areas where people should have more say. They include: the transfer of significant competencies to Brussels; the enlargement of the European Union through new member states; and German financial support for other EU states.

What is striking here is that the CSU would answer "no" to all of these questions. And the party believes that an increasingly euroskeptic German population would also say the same. But not even Seehofer himself appears to believe that the constitution would really be amended to include his proposed referendums.

Even more likely than opening up the constitution for referendums is that it comes up for discussion as a consequence of European integration. And this, of course, would require Germans to decide on a new constitution. Article 146 of the constitution stipulates that the current constitution "shall cease to apply on the day on which a constitution freely adopted by the German people takes effect."

Indeed, Schäuble and Brüderle aren't the only ones that suspect that when the Federal Constitutional Court delivers its verdict on the fiscal pact and the ESM, it will say that the limits of the current constitution have been reached. What's more, since the official stance of almost all German political parties is that the response to the crisis should be "more Europe," a referendum seems inevitable.

At the moment, the questions of exactly what Germans would be voting on and when are just as unclear as what the court will decide. So far, there has only been vague talk about such issues as "political union," "yielded sovereignty" and "common budgetary policy." Peer Steinbrück, a former federal finance minister and leading figure in the center-left Social Democratic Party (SPD), predicts that there will be a referendum within two years, while Schäuble says five. Typically, Chancellor Merkel refuses to speculate.

Despite this guessing game, one thing is clear: Before Germans can hold a vote on the EU, the European Union has to decide what it wants. "Creating a new constitution, if necessary, can only be the absolutely final step and therefore never a 'foundation stone' in the construction of a new European statehood but, rather, always only the 'keystone,'" stressed constitutional law expert Hans-Peter Schneider in the Frankfurter Allgemeine Zeitung newspaper.

Still, getting to the keystone stage could take some time -- even if the crisis calls for determined action. Seen from this perspective, the various ideas about referendums that even the ruling coalition is throwing around right now are probably nothing more than a way to keep voters calm.

In short, the message they want to send is this: Don't worry. You will have the last word.

A referendum in Germany could also be embedded within a pan-European referendum. This would theoretically have all EU member states vote on the expansion of EU powers, and on the same day.

The idea of having a common constitution for all EU states is not new. In 2004, EU heads of state and government approved a draft constitution that, among other things, would have given the European Parliament more power and limited the influence of individual member states. But after failed referendums in France and the Netherlands, the constitution idea fizzled out. Instead, leaders agreed on the Lisbon Treaty in 2007.

In order to put some teeth into EU policies aimed at better combating the financial and economic crises, there needs to be a new agreement -- or, better yet, a constitution.

A few weeks ago, European Justice Commissioner Viviane Reding said that such a constitution would have to be ratified by referendums in all EU countries. And that includes Germany. 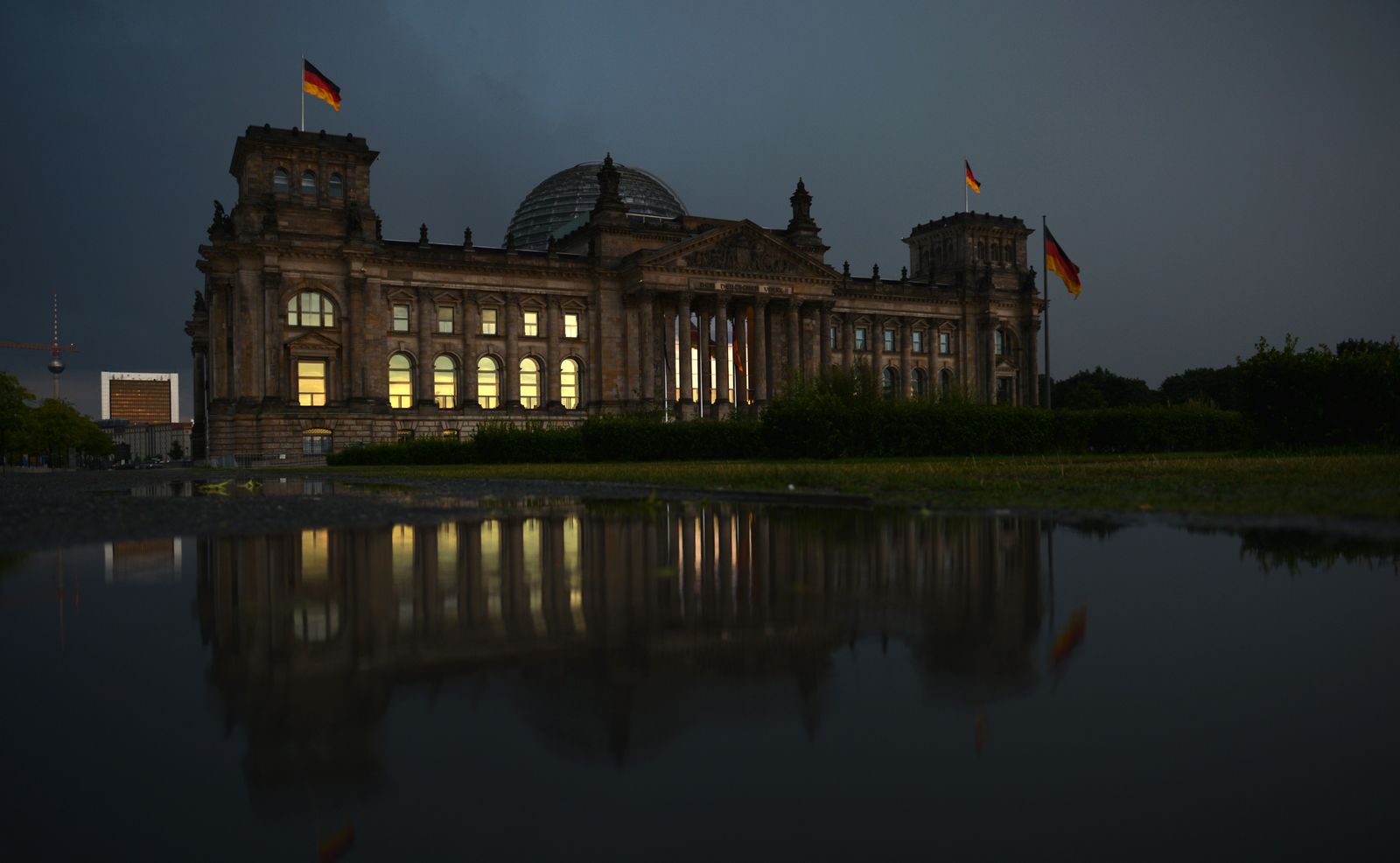 The Reichstag building in Berlin. 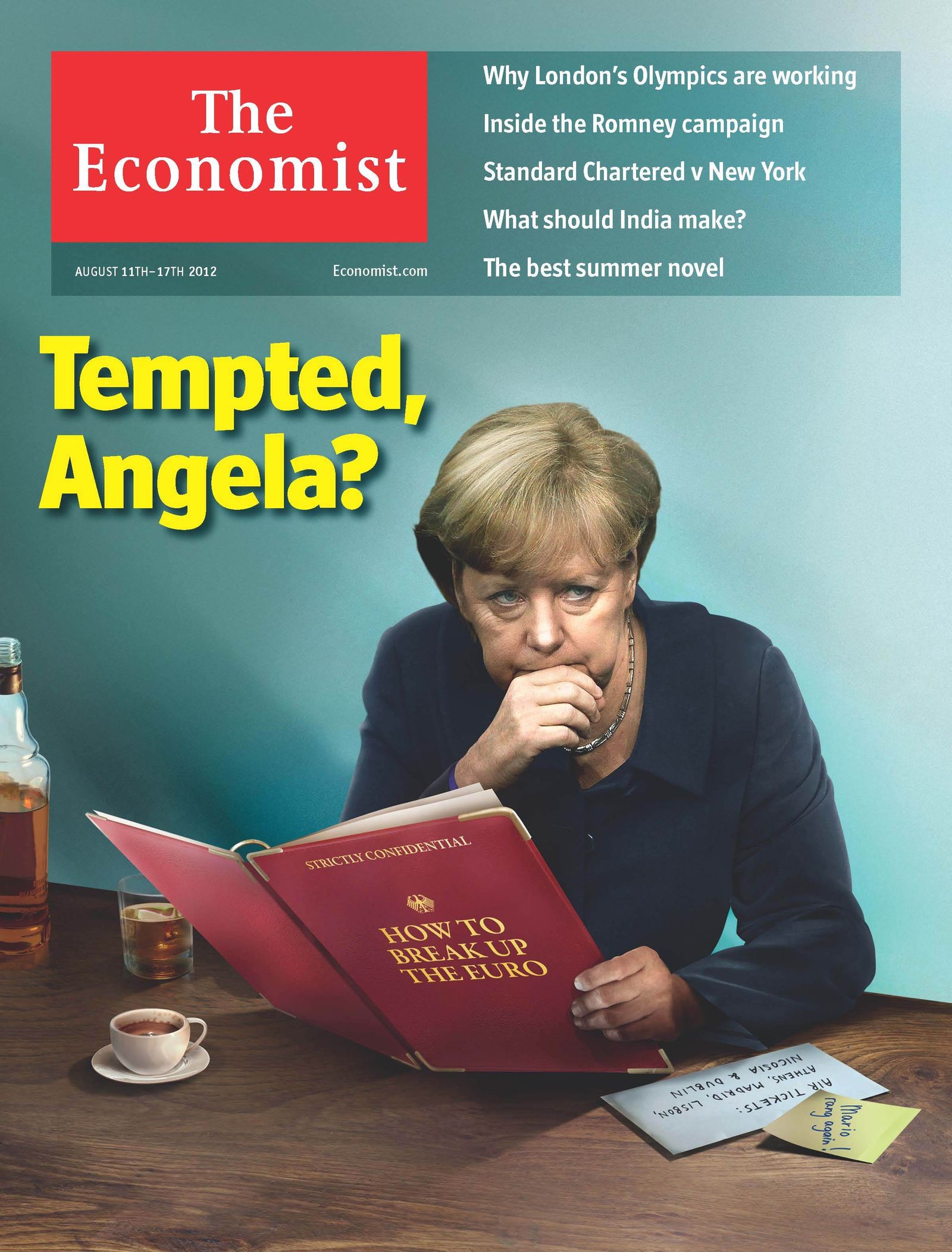 Cover of the current issue of The Economist