Officially, it was an invitation for a midday coffee on Wednesday, when Chancellor Angela Merkel gathered her six most important ministers in the Chancellery. A formal meeting of the Security Cabinet would have attracted too much attention.

The discussion focused on the fate of Alexei Navalny, the Russian opposition politician who was poisoned in Russia and who is now receiving treatment at Charité University Hospital in Berlin. Specifically, the results of an analysis performed by the Bundeswehr Institute for Pharmacology and Toxicology in Munich had arrived and a chief staff surgeon from the German military was on hand to explain them to the gathered ministers. Those results were a political bombshell.

According to meeting participants, the military doctor said there was no doubt that the poison used on Navalny belonged to the Novichok family of nerve agents. Traces of the agent were found in blood, urine and skin samples taken from Navalny as well as on a bottle that he had with him on his trip. Members of his family had kept the bottle after the politician collapsed on a flight from Tomsk to Moscow and turned it over to doctors in Berlin. It is thought that Navalny drank from the bottle after he had been poisoned, accounting for the traces found on the receptacle.

A Chancellery official says that the information shared by the military doctor "was a real shock." Since then, it has been clear that Germany's relationship with Russia will change significantly. The clear evidence that the internationally banned nerve agent was used makes it even more likely that the Kremlin was behind the poisoning. And Russian President Vladimir Putin.

The ball is now in Russia's court. In Berlin, meanwhile, a debate has erupted over which sanctions the German government should now consider applying. The expulsion of Russian diplomats and sanctions against the individuals responsible for the annexation of Crimea did little to impress Moscow. Economic sanctions against certain industries or products could be effective, but they would likely hurt Germany as well, given that Moscow's retaliations against such sanctions in the past have been just as severe.

"A Mistake from the Very Beginning"

The only penalty that would primarily hurt Moscow would be a construction stop on the almost completed Nord Stream 2 natural gas pipeline. "The German government's starry-eyed indifference to President Putin's brutality must finally come to an end," says Agnieszka Brugger, deputy group leader for the Green Party in parliament. "Putting an end to Nord Stream 2 would be the minimum."

The business-friendly Free Democrats (FDP) tend to agree. The pipeline "must immediately be examined," says Bijan Dijr-Sarai, the foreign policy spokesman for the FDP in parliament. He is in favor of an immediate moratorium. "It was a mistake from the very beginning to ignore the political backdrop to Nord Stream 2. It is now coming back to bite the government," he says.

But even members of political parties in Merkel's governing coalition, which pairs her conservatives with the center-left Social Democrats (SPD), are increasingly demanding that the pipeline project be abandoned. One is Norbert Röttgen, a candidate to become chairman of Merkel's Christian Democrats (CDU) and the chair of the Foreign Affairs Committee in Germany's federal parliament, the Bundestag. Another is Manfred Weber, head of the European People's Party group in European Parliament, to which German conservatives belong. "Of course, the most severe measure is part of the list of possible sanctions: a partial stop to the purchase of raw materials," Weber says. "The end of Nord Stream 2 can no longer be excluded."

Within the government, however, that step remains off limits. Officially, at least. In the background, cabinet members admit that the option must at least be discussed. Construction on the project has been suspended anyway because the United States has threatened sanctions. It wouldn't be that difficult, in other words, for the government to announce a moratorium itself and take ownership of the construction suspension.

Opposition leader Alexei Navalny: Traces of the agent were found in blood, urine and skin samples taken from Navalny.

The chancellor, though, would much prefer a European solution. The Navalny case, she is convinced, isn't just an issue for Germany.

The first opportunity to formulate a joint response came in the form of a Thursday meeting of the Political and Security Committee in Brussels. The committee includes ambassadorial level delegates from the EU member states and the Navalny case was at the very top of the agenda. Germany's EU partners expressed appreciation for the fact that Navalny had been brought to Berlin for medical treatment. That evening, EU foreign policy chief Josep Borrell said that the bloc was considering "restrictive measures."

Within the EU, it is considered conceivable that sanctions could be levied against persons in Putin's immediate orbit, as happened following the poisoning of the double agent Sergei Skripal. A former Russian spy who had defected, Skripal and his daughter were both poisoned with Novichok in 2018 in the English town of Salisbury. They both survived.

Many diplomats, however, point to the differences between the Skripal poisonings and the Navalny case. For one, the 2018 attack took place on EU territory, while Navalny was poisoned in Russia. Furthermore, British citizens came into contact with the nerve agent during the Skripal attack, while EU citizens were not endangered by the Navalny attack. More than anything, though, investigators were able to relatively clearly identify the perpetrators in the Skripal attack, while that has not thus far been the case this time around. Borrell said through his office that as long as we don't know who was responsible, it is challenging to discuss punitive measures.

Daniel Caspary, head of German conservatives in the European Parliament, believes that the attack on Navalny is just more evidence that Putin doesn't take EU foreign policy seriously. "The poisoning shows that the EU isn't even close to being able to defend its interests, even in its immediate neighborhood," Caspary says.

EU diplomats who have long been involved in Russia policy hold similar views. "It's is clear that Putin is showing Europe the middle finger," says one. "Russia is completely unconcerned about the fact that well-respected scientists have now proven a connection to Moscow. Indeed, that's what the Russians want." The fact that EU foreign policy chief Borrell has condemned the attack "in the strongest possible terms" and demanded a Russian investigation, the diplomat says, will not have much of an effect in Moscow, absent the threat of specific penalties.

Furthermore, it is doubtful whether it will ever be possible to clearly pin the attack on the Kremlin. Novichok may have been originally developed in the Soviet Union, but it has long since found its way to other countries as well.

Germany, in fact, contributed to that spread. Following the collapse of the Soviet Union, a Russian scientist made the offer to the Bundesnachrichtendienst (BND), Germany's foreign intelligence agency, to discretely remove a substance from the country that officially didn't exist: a binary nerve agent from a secret chemical weapons program with the codename "Foliant." The term "binary" refers to the fact that it can be mixed together shortly before use from two much less harmful substances. That means that not only can the production of the poison be concealed, but it is much safer to transport. The scientist wanted to take his family to the West, and he saw the nerve agent as his ticket.

The offer was too delicate for the BND to decide on its own, and ultimately, the Chancellery of Helmut Kohl decided to bring the valuable mole to Germany - but it was resolved that the substance he had on offer would be analyzed elsewhere. The scientist's wife smuggled two vials of the substances to Sweden in 1997 where it was analyzed in a military laboratory. The result: Novichok.

More on the Navalny Poisoning

The BND proudly shared its coup with important NATO partners, including Britain and the U.S., though they already had knowledge of the poison. The analyses, though, would later help British specialists prove the use of Novichok in the Skripal case, even if a different variety was used in that attack.

In addition to the samples smuggled to Sweden, additional quantities of the substance found their way onto the black market. The source was at least one frustrated employee of a secret laboratory in the town of Shikhany, not far from the border to Kazakhstan. The chaos following the collapse of the Soviet Union had led to salaries at the laboratory going unpaid for an extended period.

According to British intelligence reports, the Novichok used in the Skripal attack is linked to the Shikhany laboratory. A high-ranking scientist at the time named Leonid Rink produced a batch of Novichok in 1994, according to the report, and then stored it in glass vials, with each vial containing 0.25 grams of the substances. He stored several of them in his garage. According to court documents, Rink sold his vials to criminals from Chechnya and one from Latvia, who claimed he needed it for "self-defense." Rink sold the vials for $1,500 to $1,800 each.

If stored correctly, experts believe the samples can remain potent for decades. When DER SPIEGEL reached Rink by phone on Thursday, he loyally disputed the notion that Navalny had been poisoned by Novichok. "That is complete nonsense. Even if they found something, it's not poison, there was no poisoning." He said his country is being smeared. Then, he hung up.

His former colleague Vil Mirzayanov has a completely different take. He was the person who publicly revealed the existence of the new Russian family of nerve agents in the early 1990s. Today, the 85-year-old lives in Princeton in the U.S. "Rink has to say such things," Mirzayanov says.

He also has a completely different view of the Navalny poisoning. "State structures are behind it. Without Putin, a thing like this isn't possible in Russia, because such attacks always trigger an international scandal. Regarding his own role, he is rather critical of himself: "I deeply regret having worked in this area and having made a contribution to the development of the nerve agent. I feel culpable."

Chancellor Merkel and President Putin in Moscow in January: "There are now very serious questions that only the Russian government can and must answer." 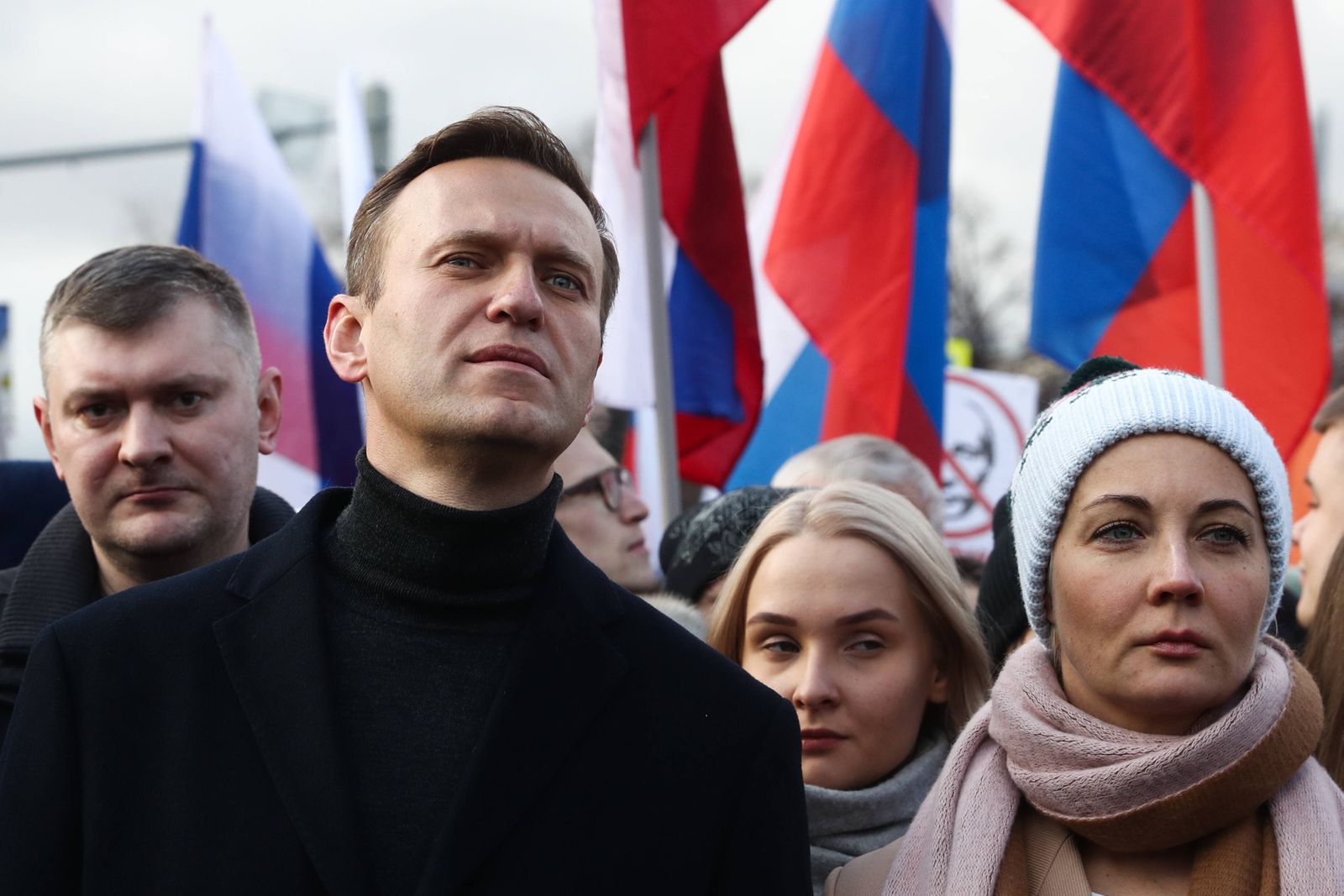 Opposition leader Alexei Navalny: Traces of the agent were found in blood, urine and skin samples taken from Navalny. 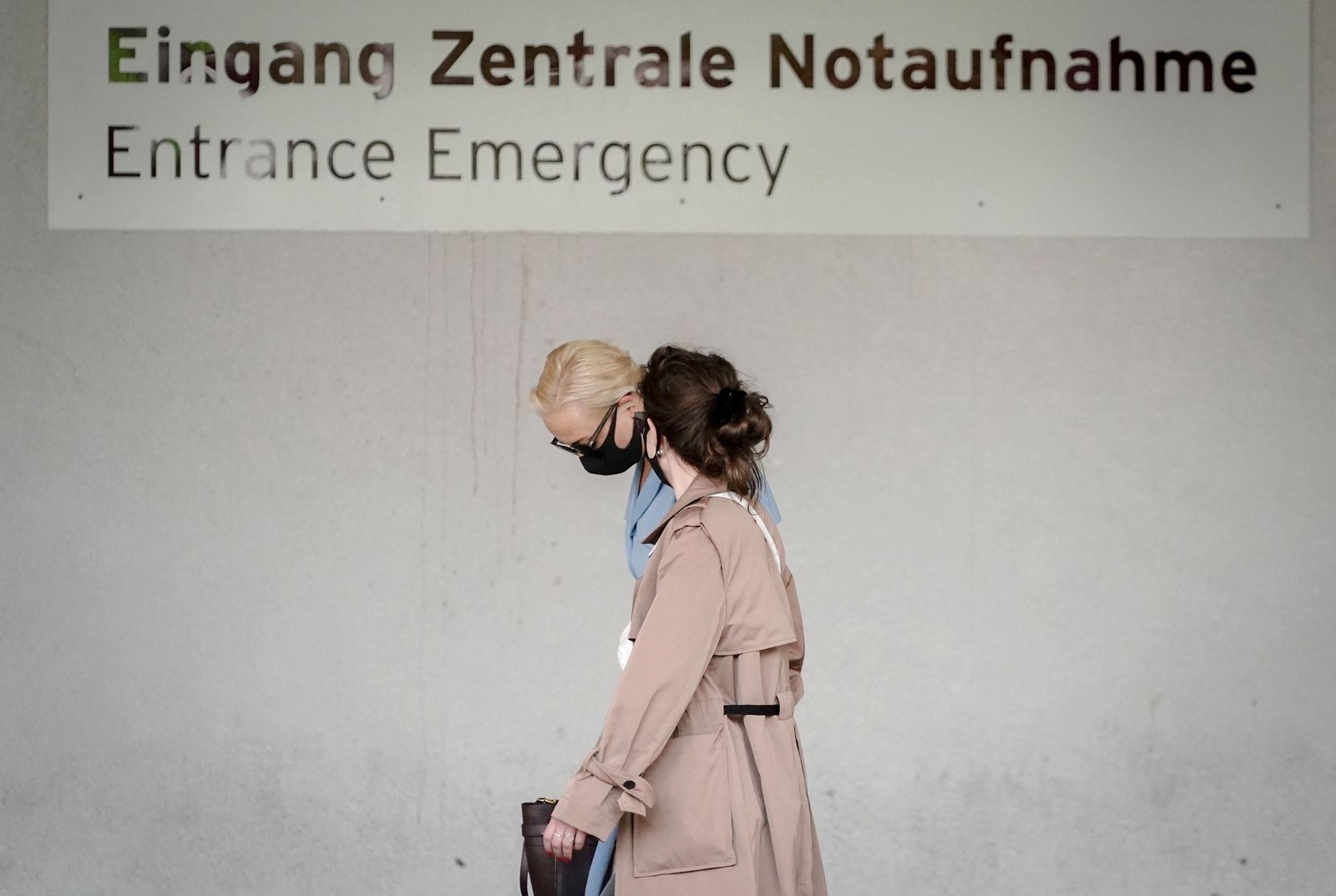