One particular point of clarification was especially important to Angela Merkel during the EU summit in Brussels last week. When she complained about the NSA's alleged tapping of her cellphone, the German chancellor made clear that her concern was not for herself, but for the "telephones of millions of EU citizens," whose privacy she said was compromised by US spying.

Yet at a working dinner with fellow EU heads of state on Thursday, where the agenda included a proposed law to bolster data protection, Merkel's fighting spirit on behalf of the EU's citizens seemed to have dissipated.

In fact, internal documents show that Germany applied the brakes when it came to speedy passage of such a reform. Although a number of EU member states -- including France, Italy and Poland -- were pushing for the creation of a Europe-wide modern data protection framework before European Parliament elections take place in May 2014, the issue ended up tabled until 2015.

Great Britain, itself suspected of spying on its EU partners, and Prime Minister David Cameron, who has former Google CEO Eric Schmidt as one of his advisors, put up considerable resistance. He pushed instead for the final summit statement to call simply for "rapid" progress on a solid EU data-protection framework.

A Setback for ' Europe 's Declaration of Independence '

Merkel also joined those applying the brakes. Over the weekend, SPIEGEL ONLINE gained access to internal German Foreign Ministry documents concerning the EU leaders' final summit statement. The "track changes" feature reflects a crucial proposed change to item No. 8 under the subject heading "Digital Economy" -- the suggestion that the phrase "adoption next year" be replaced with "The negotiations have to be carried on intensively."

Ultimately, the official version of the final summit statement simply called for "rapid" progress on the issue -- just as Great Britain was hoping for.

This amounts to a setback for proponents of the proposed data-protection law, which EU Justice Commissioner Viviane Reding has called "Europe's declaration of independence."

The European Parliament recently began drafting stricter regulations in this area, including potential fines running into the billions of euros for any Internet company caught illegally passing private data to US intelligence agencies. Such proposed legislation has the support even of some of Merkel's fellow conservatives in the European Parliament, including Manfred Weber of the Christian Social Union (CSU), the Bavarian sister party to Merkel's Christian Democratic Union (CDU), who says: "We need to finally summon the political will for more data protection."

American tech corporations could hardly believe their luck at having Merkel's support. Now they're hoping for more leeway to water down the data-protection law as soon as the furor over the latest spying scandal has subsided. One high-ranking American tech-company executive told the Financial Times: "When we saw the story about Merkel's phone being tapped … we thought we were going to lose." But, he added: "It looks like we won."

Indeed, the EU leaders' anger was already starting to dissipate during their sessions in Brussels. Summit participants say leaders pointed out that Europe is not exactly on the side of the angels when it comes to government spying. Luxembourg's prime minister, Jean-Claude Juncker, cautioned his fellow leaders, questioning whether they were certain their own intelligence agencies had never violated data privacy themselves.

Code of Conduct for Intelligence Agencies

The concerns of the tech industry, in particular, received an attentive ear among Europe's leaders. One summit participant relates that restructuring data-protection laws was portrayed as a "laborious" task that would require more time to complete, and that Merkel did not push for speed on the matter, to the surprise of some of her counterparts.

According to summit participants, the German chancellor seemed far more interested in the "Five Eyes" alliance among the US, the UK, Australia, New Zealand and Canada. The top-level allies within this exclusive group, which began in 1946 as a pact between London and Washington, have agreed not to spy on one another, but instead to share information and resources. In Brussels, Cameron stressed to his fellow leaders how many terrorist attacks had been prevented by successful intelligence work.

Merkel, meanwhile, stated: "Unlike David, we are unfortunately not part of this group." According to the New York Times, Germany has sought membership in the "Five Eyes" alliance for years, but has been turned down due to opposition, including from the Obama administration. But this could now change, the paper speculates.

French President François Hollande, on the other hand, made clear in Brussels that he has no interest in joining such an alliance, calling instead for a European code of conduct for intelligence agencies, something Great Britain rejects.

France wouldn't be welcome in the "Five Eyes" alliance in any case, a former top US official told SPIEGEL ONLINE: "Germany joining would be a possibility, but not France -- France itself spies on the US far too aggressively for that." 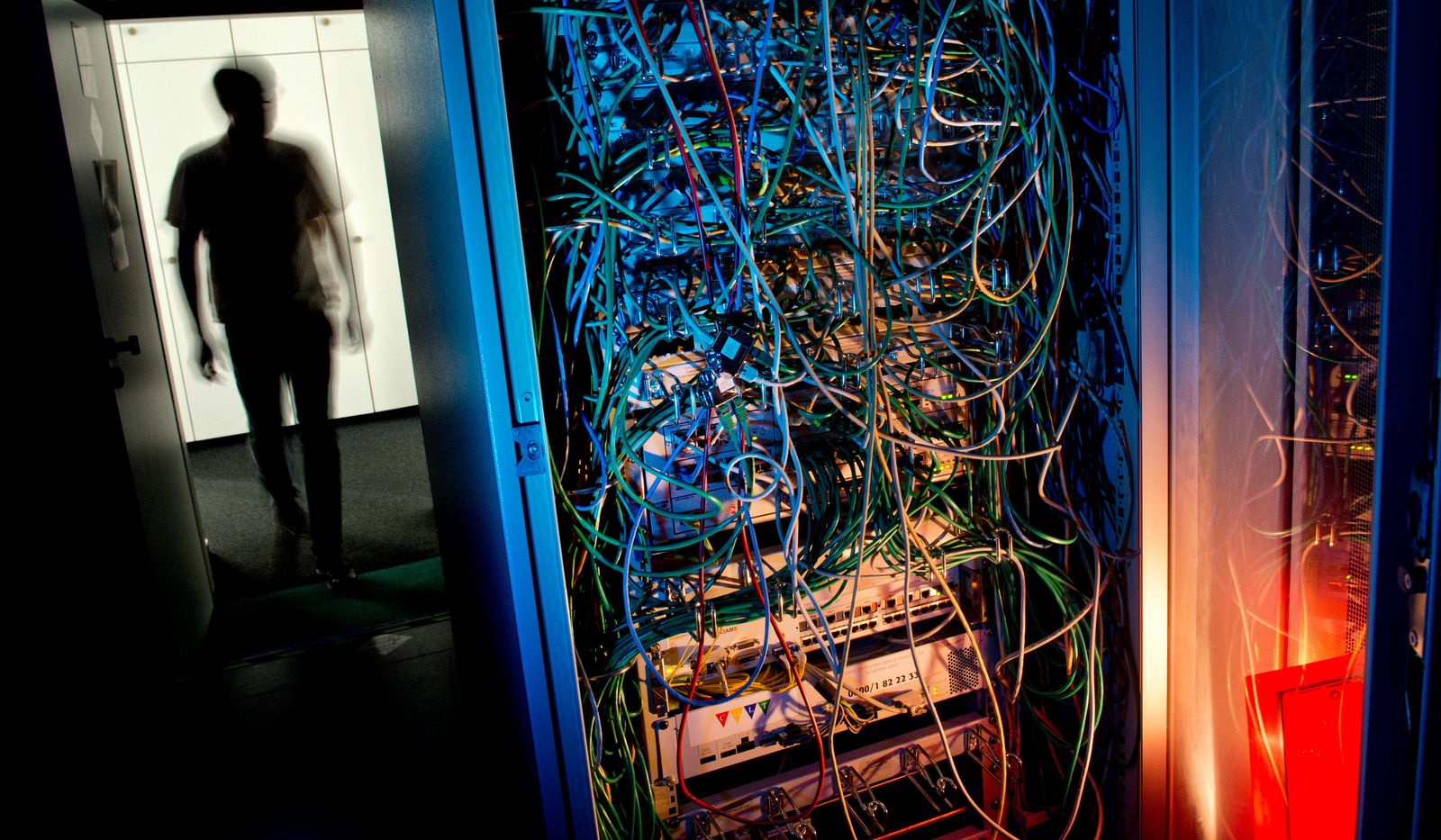