If the Germans were once the most committed, most passionate Europeans, they are today among the most half-hearted. Despite spending decades after World War II as the greatest beneficiary of the European idea, slowly shedding its pariah status, Germany is now extremely focused on its own interests. Even worse, though, is the fact that German politicians are no longer paying much attention to Europe at all. They are simply letting things take their course, playing catch up or just standing by and watching what happens next. It's as if they are unable to recognize what is at stake.

A battle is underway in Europe and the U.S. for the future of liberal democracy. In the U.S., that fight is primarily focused on Donald Trump. In Europe, the situation is more multifaceted and less obvious, but no less dangerous. And as the strongest economy on the Continent, Germany should be on the front lines of that fight. Instead, the country is doing nothing to carry its weight, hunkering down in the middle of Europe seemingly with no idea what to do.

Does nobody in the Chancellery or in the Foreign Ministry see that it is way past time to hold a German-Italian powwow, to engage in frequent high-level meetings with Rome and pursue joint projects? Italy was just recently on the brink of falling into the illiberal camp, shoved by Interior Minister Matteo Salvini -- until he miscalculated and gave liberal democracy another chance in the country.

It is a chance that Germany must take advantage of. But Berlin is in the process of letting it go. Salvini is currently working on his comeback, and does anybody want to imagine what it would be like if Italy were to join the ranks of illiberal democracies? It would be much worse than Hungary or Poland. And together, the three of them would be a powerful anti-democratic wedge in the European Union.

And does nobody in the Chancellery or Foreign Ministry see how important the question of EU expansion has become? North Macedonia and Albania are knocking on the door. To be sure, it is unclear whether their democracies are up to snuff, but if they are left out, they could end up falling into the arms of China, giving Beijing a beachhead on the European continent. The Russians would also be more than happy to expand their influence.

Simply letting these two countries into the EU could, of course, also be problematic. Even as EU member states, they could end up becoming politically and economically dependent on China, giving Beijing a foothold as an authoritarian power on a democratic continent. That is, of course, a rather pessimistic scenario, but is it unrealistic? It has become abundantly clear that the Chinese are pursuing a long-term strategy. What, though, are the EU's long-term strategies? And what is Germany's long-term strategy for the EU?

There is no ideal path when it comes to EU enlargement. The focus must be on finding the best possible compromise -- but that search must be started. Germany cannot simply leave everything up to France, which recently vetoed the beginning of accession negotiations with North Macedonia and Albania. Paris has, however, presented a step-by-step plan for their eventual accession -- not a perfect plan, to be sure, but at least it is an attempt to continue building a Europe that can survive in today's world. That is more than Germany can say.

And does nobody in Berlin understand that the response to the anti-EU stance of the right-wing populists has to be a strong Europe rather than a weak Europe? When countries like Germany revert to navel gazing, it makes the EU look bad -- which automatically gives the EU-skeptics in the far-right camp a boost. The German government should be working to counter such attitudes by ensuring that the European idea and EU institutions are convincing to the population at large. Does Berlin have any good ideas for doing so? No, it does not.

The NATO crisis demonstrates just how important the EU is for Germany. Thus far, Germany has depended on the alliance and, by extension, on the U.S. for its security. The reliability of both of those protecting powers, however, has suffered of late. How will liberal democracy defend itself in a worst-case scenario? A European defense concept is necessary, one which includes the British, if possible.

This is not a new argument and it has been made many times in the past. But that doesn't make it any less urgent. And it should be repeated, because once again, nothing at all has been done to make it a reality.

There is an anti-European tendency within the German passivity -- a tendency that is making itself felt just 20 years after Helmut Kohl stepped down as German chancellor. The grand argument in favor of the EU back then was that it meant overcoming European animosities. Today, it is about maintaining the Continent as a center of liberal democracy.

That project is just as important. And it deserves just as much attention. 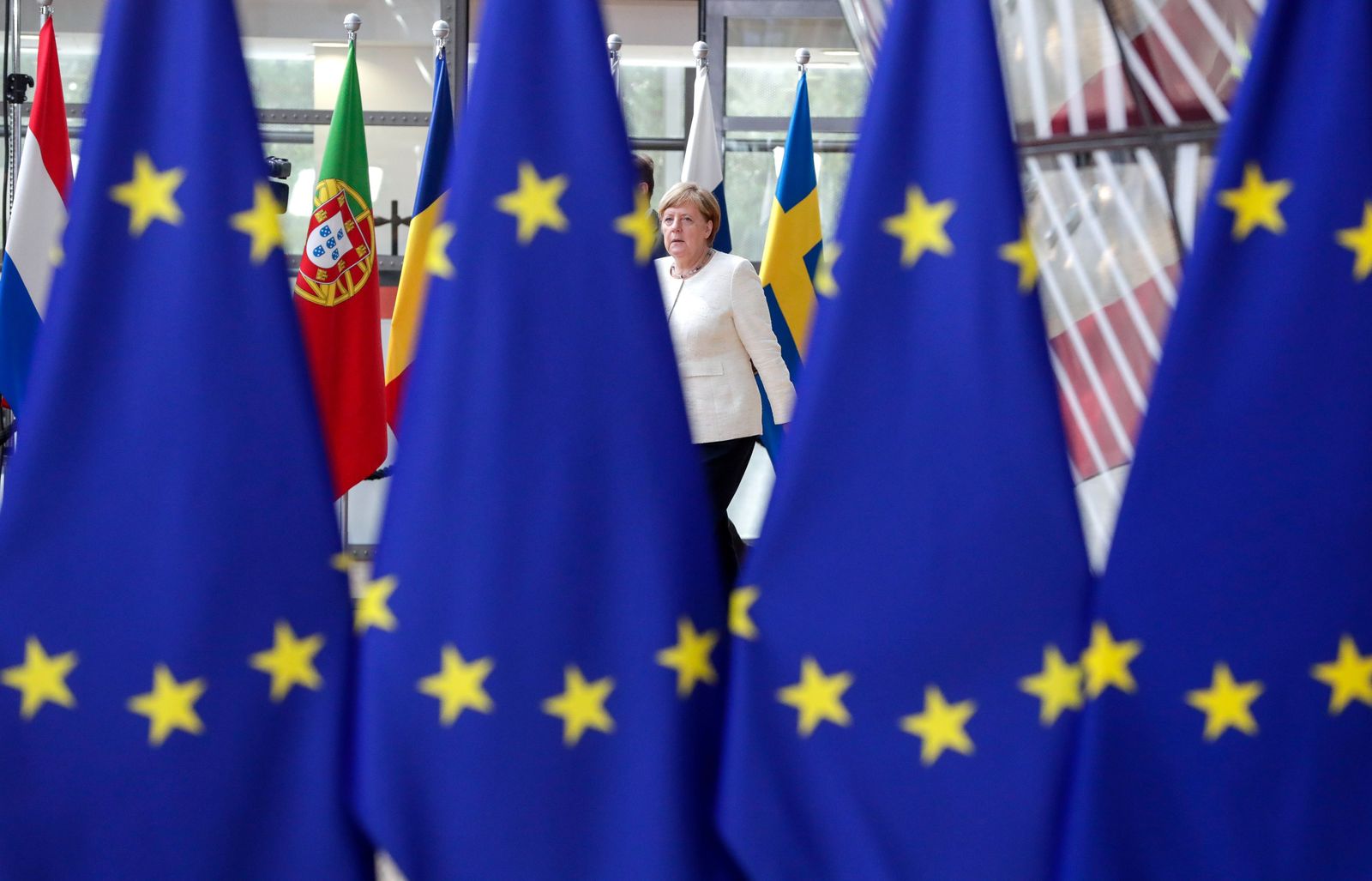