Eurobonds, German Chancellor Angela Merkel assured eight years ago at the height of the euro crisis, will not exist "for as long as I live." Last week, during a video summit of European Union leaders, southern EU member states were again brushed off just as brusquely when the idea of eurobonds was once again raised as a way of shielding their economies from the impact of the corona pandemic. German Economics Minister Peter Altmaier spoke disparagingly of a "phantom debate."

Either Germany’s leaders do not grasp what they are so carelessly dismissing. Or they are choosing not to grasp it out of fear that the right-wing populist Alternative for Germany (AfD) might exploit aid for European neighbors for its propaganda. Ultimately, it was the bitter debate over aid for Greece during the euro crisis that led to the AfD’s founding in 2013.

Rather than truthfully telling the German people that there is no alternative to eurobonds in a crisis like this, Merkel’s government is instead suggesting there is something rotten about these bonds. That in the end, they would have to be paid for by hard-working German taxpayers because the Italians have allegedly never been particularly good at handling money. The chancellor has resorted to this narrative so often that any concession to the Spaniards and the Italians would seem like a defeat. She never should have let it get this far - if for no other reason than compassion and solidarity. The impact of the corona pandemic has led to a human and medical tragedy in Italy and Spain - not least because of the strict austerity measures imposed on them by Brussels. It is not because they lived beyond their means.

There is no alternative to eurobonds in a crisis like this.

The European Union is currently in the midst of an existential crisis. To act as a guardian of financial virtue in a situation like this is petty and mean. Perhaps we ought to remember for a moment who helped to pay for Germany’s reconstruction after World War II.

Eurobonds are common bonds issued by all eurozone member states - they are not the equivalent of a transfer union. Their advantage is that they are considered a safe investment because states with a high credit rating like Germany are jointly liable for the obligations of less solid borrowers like Italy. It makes borrowing for Germany a little bit more expensive, but considerably cheaper for Italy. Berlin can afford it. Rome, though, if left alone, could soon face difficulties borrowing money on the international capital markets due to inflated interest rates.

If Italy, Spain and France are forced to set up economic bailout programs and guarantees for their paralyzed economies that are as generous as those adopted by Germany, trillions rather than billions would be required. And if the Europeans don’t immediately signal that they are working together to counter this crisis, it will be a feast for populists, for enemies of the EU and for hedge funds in London and New York. Just like when Greece teetered at the edge of the abyss during the euro and debt crisis, they would bet on the entire eurozone going bust. And this time they would win.

Countries like Italy or Spain are too large to be rescued with existing instruments like the the European Stability Mechanism (ESM), the eurozone's bailout fund. The 410 billion euros in the fund wouldn’t even be enough to cover Italy. In addition, the conditions tied to ESM relief wouldn’t make sense in the event of a shock as massive as the one created by the coronavirus crisis.

The impact of the corona pandemic is leading to a human and medical tragedy in Italy and Spain that is also in part the result of hard austerity measures that have been pushed on them by Brussels.

The German government has said it wants to loosen those conditions and is pointing to the European Central Bank, saying it could buy up the bonds that nobody else would be willing to buy. Eurozone politicians exploited the ECB as a last line of defense eight years ago because government leaders were too cowardly to solve the problems on their own. Ultimately, though, all of these proposals essentially amount to the same thing: a mass pooling of risk, even if they're not called eurobonds.

It would be more honest and efficient to go along with the recent French proposal, which even skeptics of eurobonds have since come to like: corona bonds. These European government bonds would have a limited duration and would be linked to the very specific purpose of coping with the pandemic. They would send a strong signal to the financial markets, but also to the people of Europe. They would provide proof that we have not abandoned each other in this time of great need, that Europe is more than an alliance of egomaniacs and more than just a well-oiled, but cold-hearted single market that (still) has a common currency. And on top of that, corona bonds would also be a bomb-proof investment that would finally yield interest again. Just not for the hedge funds. 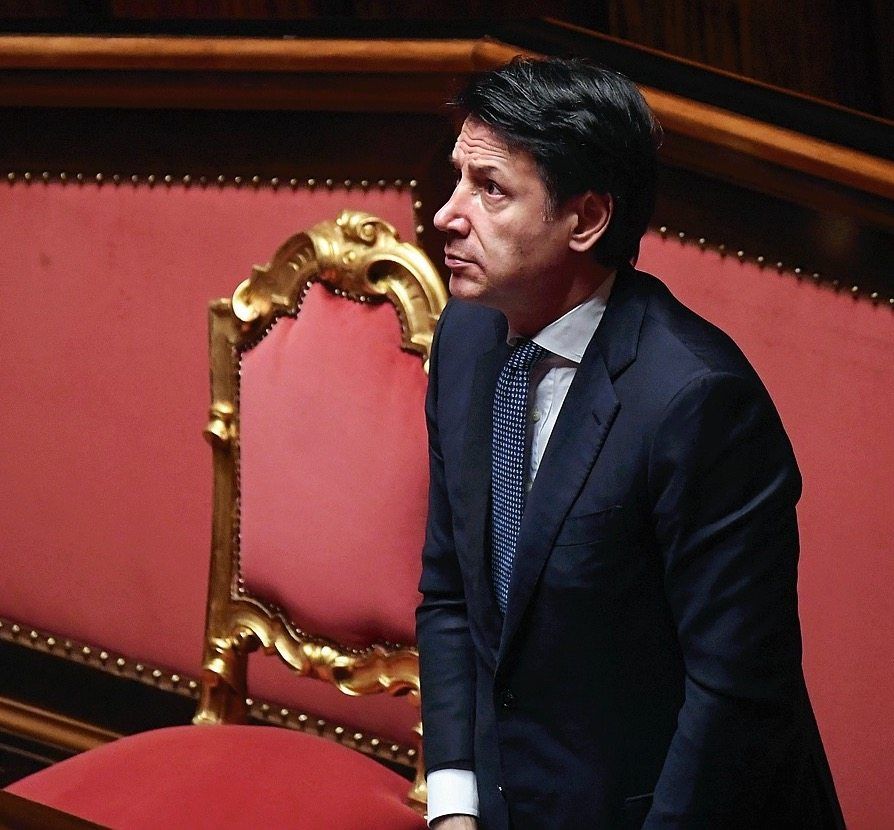