The idea doesn't seem to have gone down well. On Thursday, Greek Finance Minister Yannis Stournaras indicated that the leaders of the three parties represented in the country's governing coalition had agreed to ask for more time to make billions in cuts that have been demanded in exchange for emergency international aid. Greek Prime Minister Antonis Samaras also said this week that he would request that the deadline be pushed back.

But on Friday, the response from Germany and elsewhere would seem to be a resounding no. Chancellor Angela Merkel's spokesman Steffen Seibert said that "neither the content nor the timeframe of the memorandum are up for debate," using shorthand for the austerity agreement between Athens and its creditors. According to a report in Friday's Rheinische Post newspaper, the chancellor would consider a postponement of "a few weeks" at the most. The paper cites anonymous government sources.

The Chancellery was echoed by the other two parties in Merkel's governing coalition. Speaking to German public radio station Deutschlandfunk on Friday morning, Economy Minister Philipp Rösler, of the Free Democrats, said "I have the feeling that the troika's patience is slowly coming to an end," referring to the trio made up of the European Commission, the European Central Bank and the International Monetary Fund. He also called into question whether Greece is even capable of being reformed to the degree necessary. "Our experience has, at the very least, made me skeptical," he said.

Alexander Dobrindt, general secretary of the Christian Social Union, the Bavarian sister party to Merkel's Christian Democrats, went even further. "From day to day, it is becoming more apparent that Greece only has a chance if it exits the euro," he told the daily Rheinische Post.

Greece has committed itself to saving an additional €11.5 billion ($14 billion) over the two-year period from 2013 to 2014, but is having difficulties coming up with ways to make further cuts in addition to the massive austerity measures it has already passed. A delay of the kind that Athens has requested would almost certainly necessitate billions in additional international aid.

One novel austerity idea that the Greek daily Ta Nea wrote about on Friday is that of cutting by half the amount the state pays for the salaries of priests and bishops in the country. At present, the state pays the entire salary of the 10,368 clerics in the country. Were Athens to make the Orthodox Church responsible for half of their salaries, some €100 billion in taxpayer money could be saved annually.

The government is also considering an increase in the length of mandatory military conscription from the current nine months to a full year as a way of cutting back on the number of career soldiers that need to be paid. Furthermore, university students whose period of study drastically exceeds the norm might be asked to pay significant fees.

Mostly, though, Prime Minister Samaras is at pains to show progress to both his European creditors and his voters. During the recent general election campaign, Samaras promised Greeks that he would request a deadline extension, a pledge that was largely ignored at the time due to the competing promise of his primary competitor, Alexis Tsipris of the leftist Syriza party, to cancel the austerity agreement with Europe altogether.

The troika is currently examining Greek progress on the package of savings measures imposed on the country in exchange for the second bailout package for Athens totalling €130 billion. The next payment tranche for the country is dependent on a positive troika report.

The Rheinische Post story, however, indicates that a negative report is much more likely. Citing an unnamed government source who is familiar with a "preliminary troika report," the paper writes that Athens has failed to fulfill 210 of 300 austerity targets. The German Finance Ministry, however, was quick to cast doubt on the story, although it stopped short of an outright denial. In a statement released on Friday, the ministry said it wasn't aware of a preliminary report.

Germany wasn't the only one of Greece's creditors to reject a two-year extension. "We're not in the position of negotiating the program's objectives," IMF spokesman Gerry Rice said on Thursday. "They remain the basis for the discussion."

His boss Christine Lagarde was even clearer: It is "way premature to discuss extension, to discuss additional financing," she said in an interview with American broadcaster CNBC. 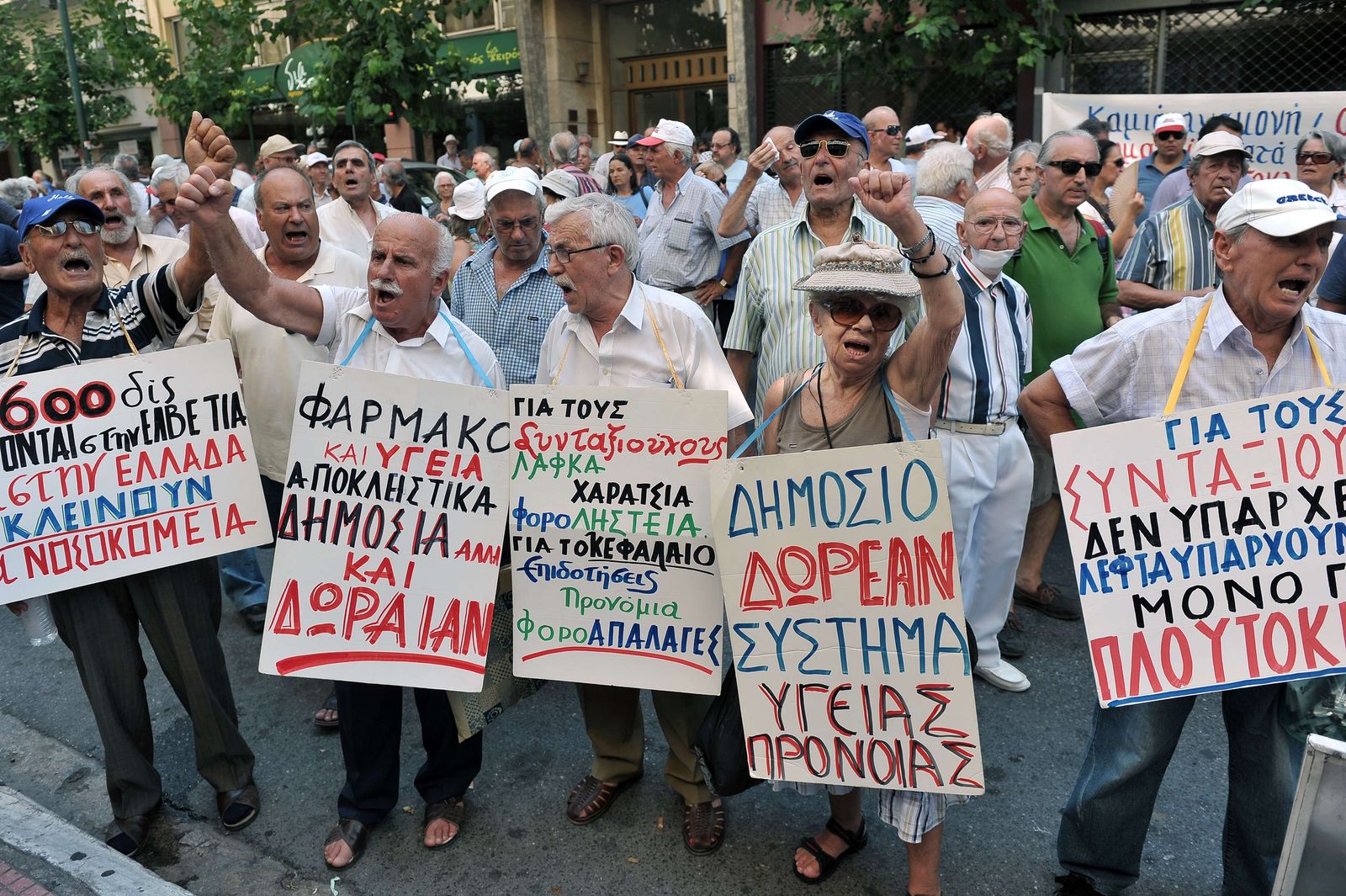 Greece has been straining under the austerity measures introduced by the government in Athens.