Greece clearly needs help escaping from its financial quagmire, according to German European Union Energy Commissioner Günther Oettinger. In fact, the EU should consider using some "unconventional" methods to increase motivation among Greek officials for solving the country's problems, he told daily Bild on Friday.

"There has been the suggestion too of flying the flags of deficit sinners at half mast in front of EU buildings," the member of Chancellor Angela Merkel's conservative Christian Democrats told the paper. "It would just be a symbol, but would still be a big deterrent."

Another tactic for pulling the debt-stricken country out of crisis could be replacing "the obviously ineffective administrators" there, he added. Because Greek officials have failed at collecting outstanding taxes and selling state-owned assets as planned, Oettinger alleged, experts from other EU nations should be sent in to do their jobs instead. "They could operate without concern for resistance and end the inefficiency," he told Bild.

After all: "Those who demand solidarity from the other countries must also be prepared to give up partial responsibility for a certain time."

As pressure from other euro-zone nations to avoid debt default grows, Greece's efforts at achieving promised reforms and fiscal goals have faltered. The country received its first €110-billion bailout a year and a half ago after pledging new austerity measures and other changes, but improvements have been hindered by deep-seated corruption, structural problems and public resistance.

Last week the "troika" of inspectors from the EU, the International Monetary Fund and the European Central Bank left Greece early after putting a stop to talks on paying the next aid tranche because the country had failed to achieve reforms.

Meanwhile a growing chorus of politicians in other EU countries, including senior-level German lawmakers, are now openly discussing the taboo of excluding Greece from the euro zone.

But Oettinger warned against such a move. "That would divide Europe and would be a disastrous signal," he told Bild. "Then investors and markets wouldn't trust us at all anymore for the future." 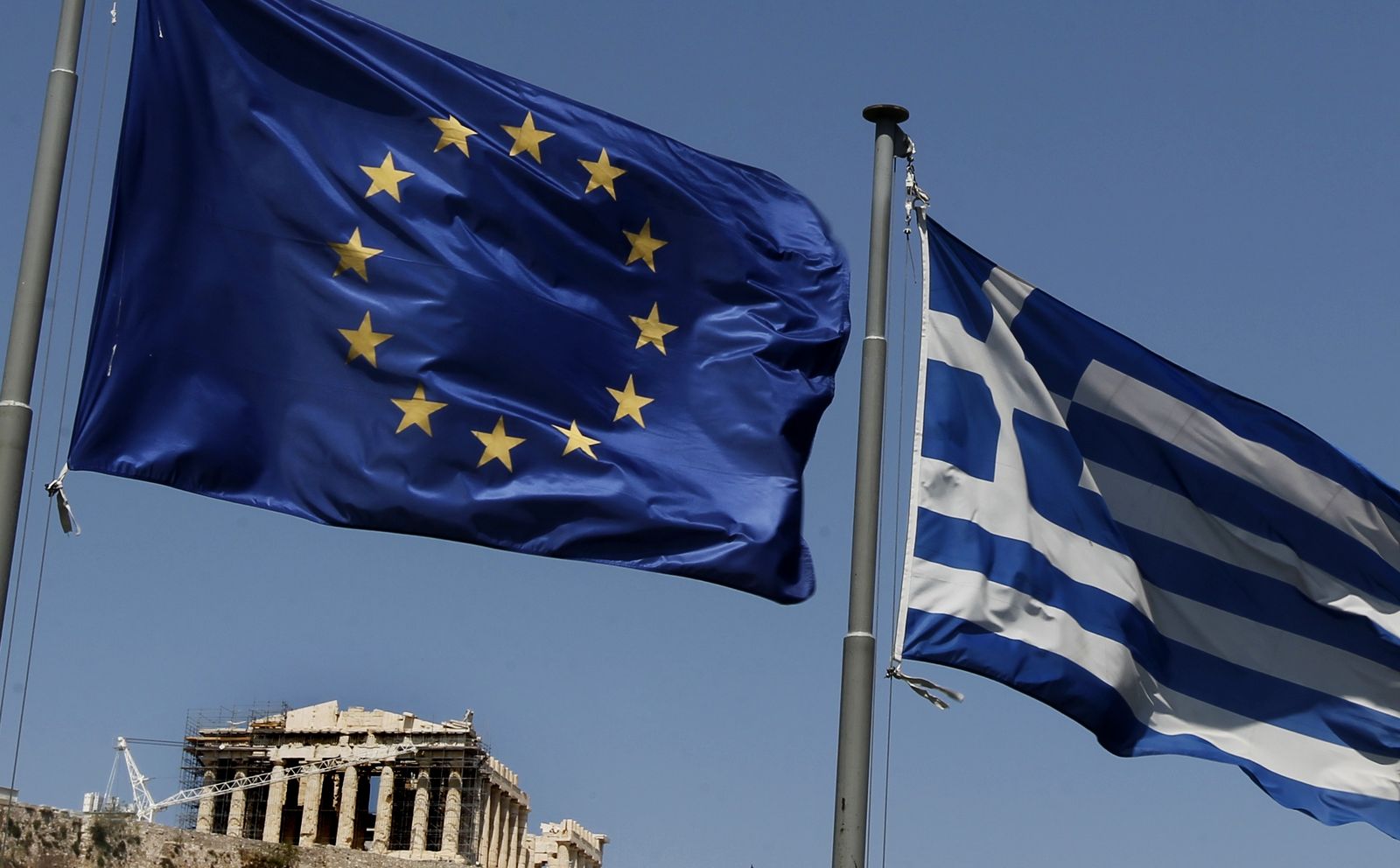 Greece should be forced to fly its EU flags at half-mast in shame, Oettinger said.