Germany's permanent representative to the EU made an unpopular announcement to his counterparts on Monday in the European Council building. His country, said top diplomate Michael Clauss, does not want the EU budget to grow beyond 1 percent of gross domestic product in the coming years.

For some of the diplomats present, it was an alarming signal. It means that Germany isn't prepared to increases its contributions to the EU over the course of the next multi-year budget, a message that contradicts what Berlin was saying just a year and a half ago. Back then, Chancellor Angela Merkel's Christian Democrats (CDU) agreed on a coalition deal with the center-left Social Democrats (SPD) that included the generous pledge: "We are prepared for Germany to make higher contributions to the EU budget." But because clouds seem to be gathering on the economic horizon, German conservatives have agreed with the SPD to establish a 1 percent limit, even if it puts the EU in a tough spot.

The multiannual financial framework (MFF), as the multi-year EU budget is called, determines what Europe intends to spend its money on over much of the next decade. There is a total of more than a trillion euros to apportion. As of 2021, the money will be used, for example, for seven years of farm subsidies and to help coal miners find new jobs. More money is also to be allotted to the fight against climate change. There are research projects to be funded.

But as the most difficult phase of the budget negotiations get going, EU member states are far from agreement, according to a report Clauss sent to Berlin. The five-page paper ("classified for official use only") about the confidential lunch in the European Council building provides a rare glimpse of how negotiations in Brussels work. When it comes to the future volume of the EU budget, the scope of demands from member states ranges from 1 percent to 1.11 percent of the bloc's gross domestic product. That may not sound like a huge discrepancy, but in absolute numbers, the difference is around 110 billion euros.

"Some member states, however, explicitly demanded an even higher number during the meeting," Michael Clauss wrote in his report, destined for the Foreign Ministry and the Chancellery. "I made it clear that the MFF must be limited to 1 percent." In addition, he emphasized that Germany would not waive its budget rebate. Germany and other EU countries secured a rebate after British Prime Minister Margaret Thatcher pushed through a budgetary discount for her country back in the 1980s. "I emphasized that an agreement on the future MFF was not possible without a rebate," Germany's chief EU diplomat wrote.

The proclamation from Berlin could create problems for futureEuropean Commission President Ursula von der Leyen, who is, like Merkel, a senior member of Germany's CDU. Prior to being appointed to the post, she made some rather expensive pledges, including a plan to triple the number of Erasmus university exchange stipends available. A slimmed down budget could make it more difficult for her to do so.

Jumping Into the Gap

Despite its hardline stance, Germany rejects accusations that it is demonstrating a lack of solidarity with poorer EU member states. Berlin points to the fact that Germany's contribution to Brussels will increase even if the EU budget is limited to 1 percent of GDP. Soon, after all, Brexit will likely rob the EU of a significant budget contributor, meaning others will have to jump into the gap.

"One percent would mean that Germany would have to pay 10 billion euros more annually, despite a cooling economic outlook," Clauss said at the lunch meeting in Brussels. The result is that a quarter of all EU expenditures during the next budgetary period could come from Germany.

Germany isn't alone in its desire to cap the budget at 1 percent. Berlin received support from Sweden, the Netherlands and Denmark. But there was significant criticism from countries that receive more from the EU budget than they pay in. Hungary, in particular, under the leader of EU critic-in-chief Viktor Orbán, griped that the German limit was unacceptable. The Hungarians also aren't happy about the fact that countries like Germany intend to link the payout of EU funds to the recipient's adherence to the rule of law.

The Czech representative said that citizens could lose their enthusiasm for Europe if more money didn't start coming out of Brussels: "Acceptance of the EU" could drop, he said. France also warned that "we cannot cut money for citizens."

In mid-October, EU heads of state and government will meet to discuss the budget, but a final agreement likely won't come before the end of 2020, at which point it will once again be Germany's turn to take over the rotating presidency of the Council of the EU.

Back home, the Green Party in particular has been critical of the German stance in Brussels. "Germany's 1-percent goal in Brussels threatens to become an even more dangerous dogma than the balanced budget in Berlin," said Franziska Brantner, the Green Party's EU spokeswoman in German parliament. "It certainly isn't a boost for Europe." 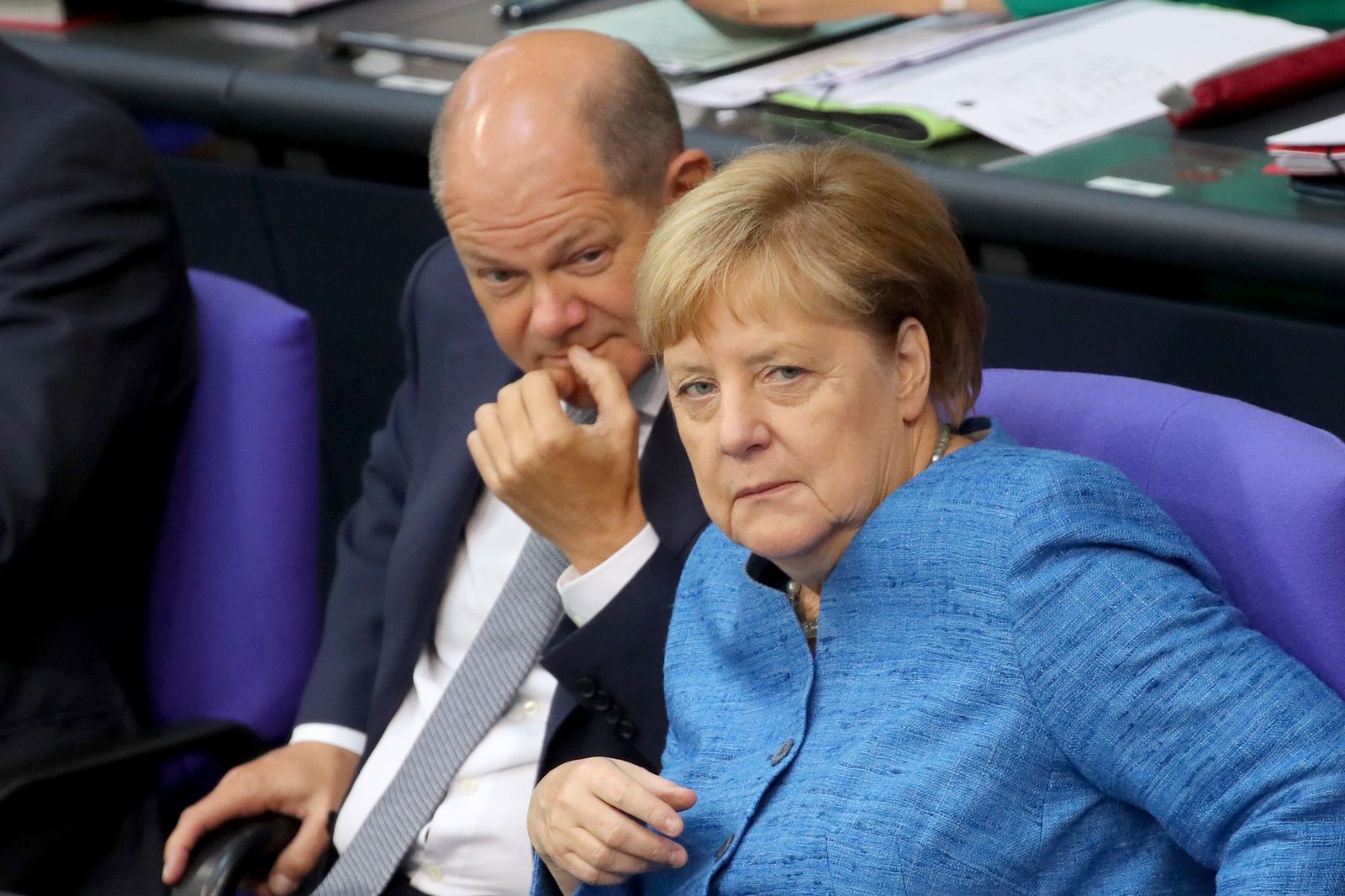