When Sultan Abdulhamid II ascended the throne of the Ottoman Empire in 1876, the Europeans had high hopes for the young ruler. He posed as a liberal, he was pro-European and he initiated reforms aimed at saving his empire from ruin -- an empire mocked at the time as the "sick man of the Bosporus."

To boost the economy of his giant empire, the Sultan decided to launch a vast railway project, reaching an agreement in 1898 with German Emperor Wilhelm II to build the strategically important Baghdad Railway. "With German help," the Sultan wrote, we will succeed in building the railway connection, which is important not only for economic, "but also for political reasons."

Now, 140 years later, another gigantic railway project is being planned for the NATO member state. Currently mired in a deep financial and currency crisis, Turkey aims to modernize its railway network with the help of foreign know-how and money.

As was the case more than a century ago, Germany is Turkey's preferred partner. Around three months ago, envoys from Turkish President Recep Tayyip Erdogan contacted the German government to discuss the plan. A consortium led by Siemens is to build new railway lines, electrify old ones and install modern signaling technology in the country. German national railway Deutsche Bahn is also slated to help with the planning of the megaproject, which will include new high-speed lines throughout the country, including tunnels, overhead lines and rolling stock. The total value of the order is around 35 billion euros.

But the offer also came attached with the request that Germany help finance the railway construction project. No decision has yet been made on whether Berlin will back the project in the form of state Hermes loan guarantees or if it will provide direct loans from the state-owned KfW banking group. But in its talks with the Turkish government and Siemens, the German government has expressed its willingness to consider providing financial support.

If the project comes to fruition, it would be the most striking evidence yet of the spectacular diplomatic turnaround that German Foreign Minister Heiko Maas tried to push forward during his visit to Turkey last week. Just over a year ago, the German government moved to impose sanctions on the NATO partner. Responding to the arbitrary arrest of German citizens, the Foreign Ministry also issued a travel advisory warning Germans against traveling to Turkey. Berlin also moved to restrict state export guarantees, and barely a week went by without Erdogan attacking the Germans with Nazi comparisons or the representatives of the German government criticizing Turkey for encroaching on human rights or flaunting democratic values.

The Germans who were once behind bars in Turkey -- human rights advocate Peter Steudtner and journalists Deniz Yücel and Mesale Tolu -- have since been allowed to leave the country. But nothing has changed about Erdogan's authoritarian rule. On the contrary, the presidential election at the end of June bestowed the 64-year-old with far-reaching powers. Erdogan now has almost as much power as Sultan Abdulhamid II did in his time. After a brief phase of liberalization, Erdogan has returned to the heavy-handed policies of his predecessors.

More than anything, though, the German government is currently more concerned about the breathtaking collapse of the Turkish lira than about human rights and freedom of expression. If the country were to go bankrupt, Europe could face a new wave of refugees much larger even than the influx seen in 2015.

Furthermore, the Germans want to keep Erdogan from completely turning his back to the West. He has already been flirting with Moscow for some time on security policy. And recently, he has also locked horns with U.S. President Donald Trump over Turkey's detention of an American missionary.

As such, the railway project is a further indication of the new, deliberate course being pursued by German foreign policy. To those in favor in the Foreign Ministry and Chancellery, the project is not just a way to contain populist leaders in Moscow and Washington. More than anything, it is seen as a way to slow the Chinese, who have been expanding their global influence for years in the form of billions in investments in Africa. Beijing has recently had its eyes on Turkey.

A Key Stretch of the Silk Road

The railway project is exactly the kind of thing Beijing would like to be doing itself. Turkey's rail network is, after all, of strategic importance for the trade route between Europe and Asia -- a vital steel link within the New Silk Road.

The country's railways are also in serious need of an overhaul. Although the number of airports has more than doubled since Erdogan came into power in 2003, the rail network hasn't been significantly updated since 1950. Cars, buses and airplanes have replaced rail as the primary means of transport in modern Turkey, with the rail network covering only 11,000 kilometers. Under 40 percent of its lines are equipped with modern signaling technology and only 30 percent are electrified.

Furthermore, there are only three high-speed rail lines in the entire country. Many stations are badly rundown. A 2016 report by the Union of Chambers of Turkish Engineers and Architects found that one-fifth of all rail lines are out of service because the Turkish national railway company doesn't have enough staff to operate them.

As in Africa, when the Chinese offered to take on the project, they wanted to provide more than just the trains, tracks and construction workers. They also linked the project to an interest-free loan of 35 billion euros, to be repaid within 10 years.

Ankara, however, indicated to Berlin that a project of that size would make the country far too dependent on China. In addition, the Chinese wanted to produce the technology at home while the Turks prioritized the creation of as much value as possible in their own country. That ultimately prompted the government in Ankara to break off negotiations with the leadership in Beijing and turn to the Germans. Their hope is that with the Germans, they will be able to reach a fair deal that will provide mutual economic advantage.

At the end of May, just before the Turkish presidential elections, then Prime Minister Binali Yildirim asked the German government whether it might be interested in working together. The Economics Ministry is leading the effort on the German side.

Until recently, Economics Minister Peter Altmaier maintained the position that Turkey must first initiate a series of reforms before German economic aid can flow. But he has since shifted positions. Now, the Christian Democratic (CDU) politician, who is a close ally of Chancellor Angela Merkel's, wants to do whatever necessary to prevent the Turkish economic crisis from getting worse. Altmaier is still optimistic that Turkey's economy is robust enough to cope with the current currency turbulence. But he also believes that confidence-building measures are necessary to prevent German companies from cutting investment.

At the end of October, Altmaier plans to travel to Turkey with a large economic delegation to launch the German-Turkish Trade Commission. This, too, represents a paradigm shift in relations between the two countries. At the peak of the German-Turkish crisis last summer, a black list created by the government in Ankara triggered unrest among German entrepreneurs. The list indicated that 681 German firms and individuals were suspected of providing support for terrorism, although Ankara ultimately discounted it, saying it had been a misunderstanding.

Those events created lasting tensions, as German Foreign Minister Maas heard firsthand during his trip to Turkey last week. He met with German entrepreneurs in the German Consulate in Istanbul, including Hüseyin Gelis, the CEO of Siemens in Turkey. The business leaders told him of land disputes, arrests, lengthy legal disputes and all kinds of bureaucratic hurdles that are complicating investments in the country.

It was Maas' first visit to Turkey since taking office earlier this year and concerns about the economic situation topped the agenda. He avoided public criticism of the country. His Turkish counterpart Mevlüt Cavusoglu said he wanted to increase cooperation with Berlin. "We can't see enough of each other," he said.

Human rights organizations and opposition activists in Turkey, however, are appalled by how unhesitatingly the German government has supported Erdogan in the crisis. "It appears that economic interests obviously count for Germany more than human rights," says Gülseren Yoleri of the Human Rights Association (IHD), which is based in Turkey.

Democracy and the rule of law in Turkey have hardly improved in recent months. Tens of thousands of opposition activists remain behind bars, including seven German citizens, some of whom have been locked up for political reasons and have not been charged with any wrongdoing. A number of changes to the law have essentially established a permanent state of emergency rule.

Yoleri says she can understand why Germany would want to enter a dialogue with Ankara. But she warns that the Germans should not remain silent about despotism in Turkey. Foreign Minister Maas did note the situation of the politically persecuted during his trip and he also met with representatives of civil society. But it is clear that the German government is eager to avoid fresh disputes with the Turkish president. After all, say officials in Berlin, Erdogan has put an end to his verbal attacks on German politicians. Instead, Maas was able to return to Berlin with the message that Turkish leaders hope to invest in German know-how and German companies.

Berlin plans to reciprocate soon. Erdogan will visit Germany later this month for an official state visit and German President Frank-Walter Steinmeier is to honor his guest from Ankara with a festive state banquet at his official residence in Berlin. A meeting with German business leaders is also planned at the city's upscale Hotel Adlon.

The article you are reading originally appeared in German in issue 37/2018 (September 8th, 2018) of DER SPIEGEL.

The German government is hoping the railway project can help restore the German business community's confidence in Turkey. And Economics Minister Altmaier is well-connected in the country. Indeed, shortly after Germany's federal election last fall, Altmaier undertook a secret mission to President Erdogan -- then as Merkel's chief of staff in the Chancellery -- to secure the release of the jailed Germans.

In exchange, Berlin pledged it would improve its business and economic relations with the country. Altmaier also had a chance to get acquainted with Erdogan's son-in-law Berat Albayrak, who was recently appointed finance minister and is growing increasingly powerful in the country.

Does this make Berlin an accomplice to the Turkish autocrat and his power-hungry family? Not at all, Altmaier assures. He says it is part of German state policy to support Turkey's role as a bridge between Europe and the Middle East.

As such, the timing couldn't be better for the Turkish initiative to modernize and expand their national railway network with German help. And this time, in contrast with joint tank-production project the Turks have long sought, the project is politically harmless.

Neither the German government nor Siemens wants to comment officially on the large-scale project. Given that the financing has not yet been clarified, the parties have initially agreed on a pilot route between Istanbul and Ankara. At the end of the month, Thomas Bareiss, a high-ranking official in Altmaier's Economics Ministry, plans to push the initiative forward in further talks in Turkey.

Time is of the essence. When Economics Minister Altmaier travels to Turkey for a visit at the end of October, he is keen to present the railway project to the public for the first time. 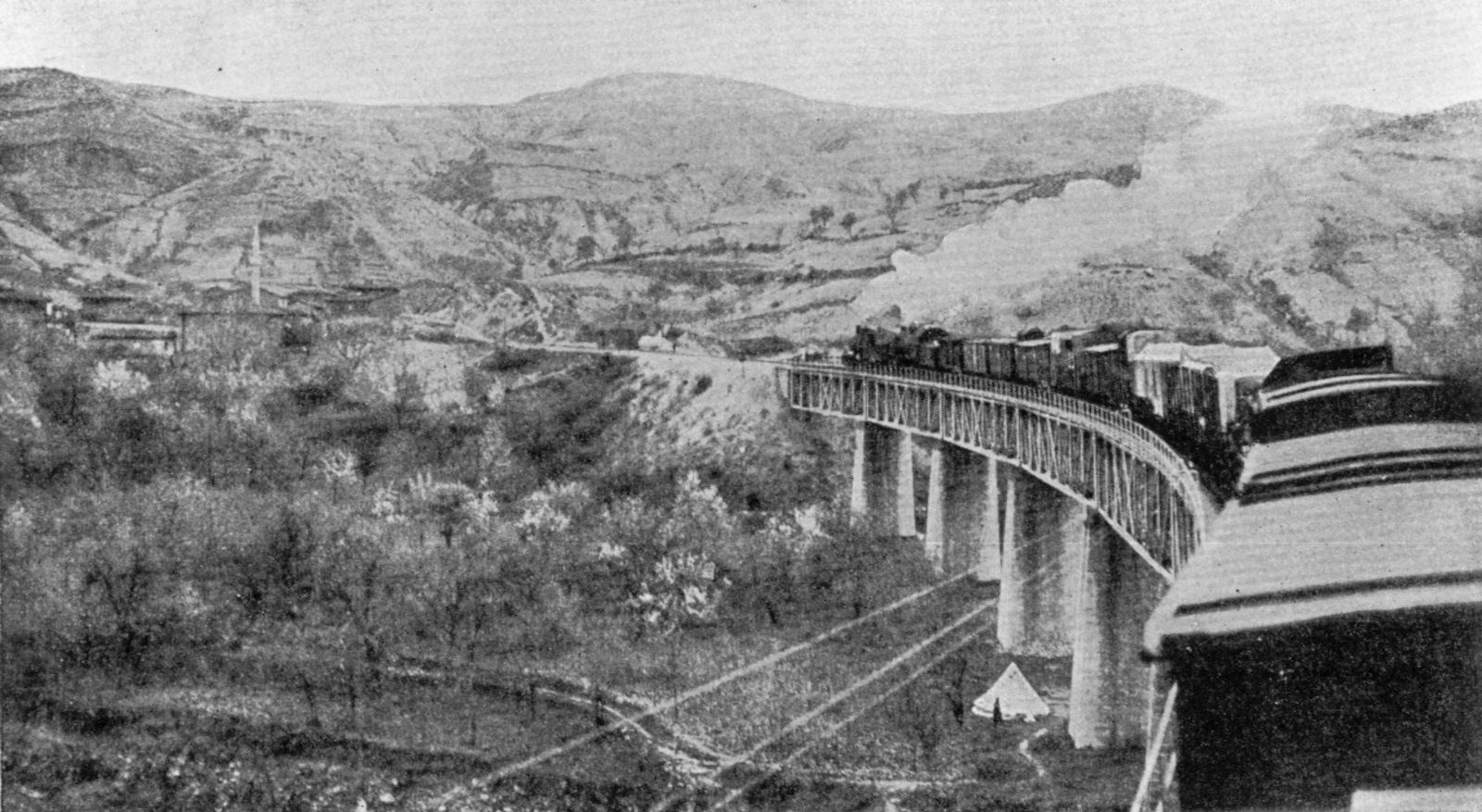 The Baghdad Railway in 1910 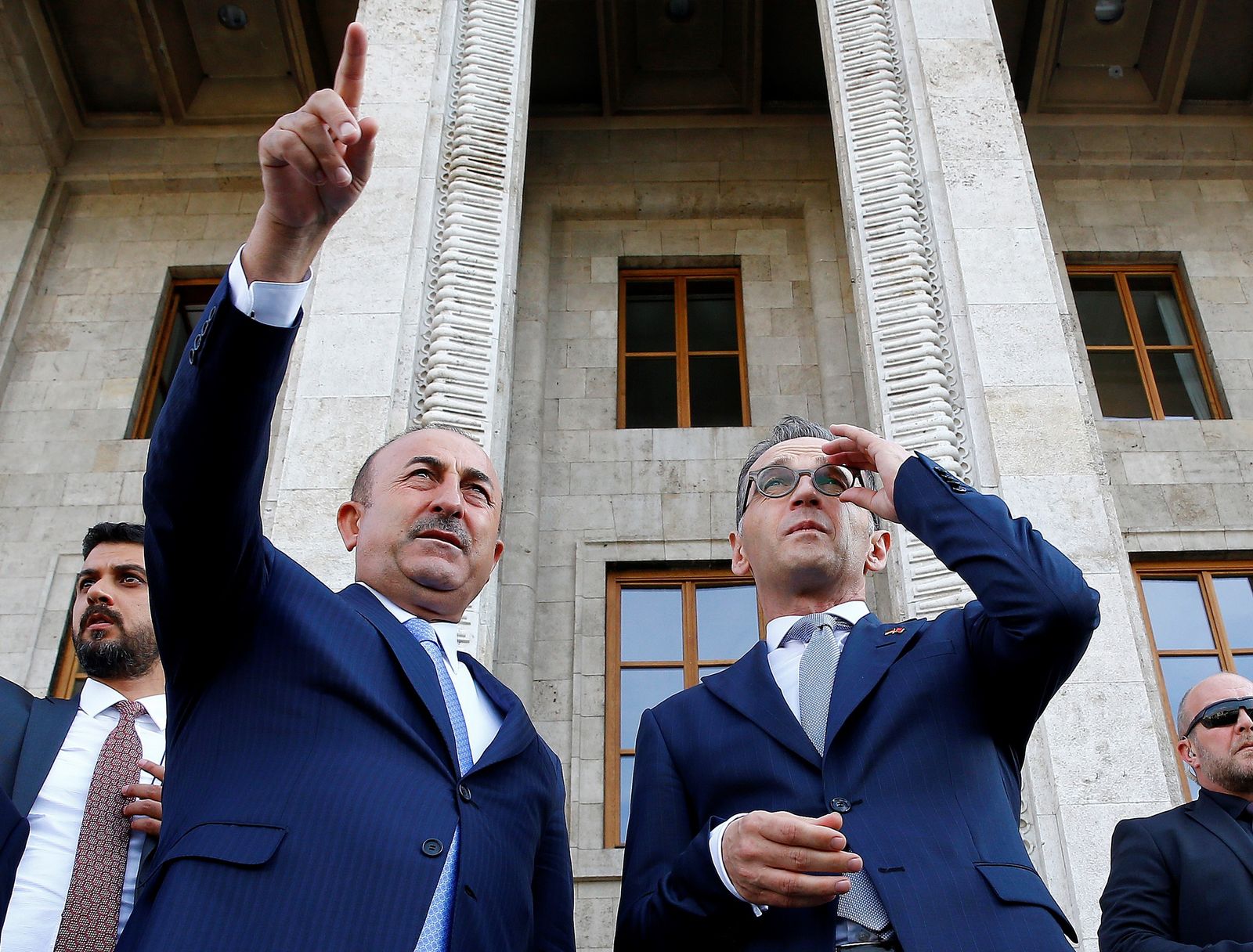