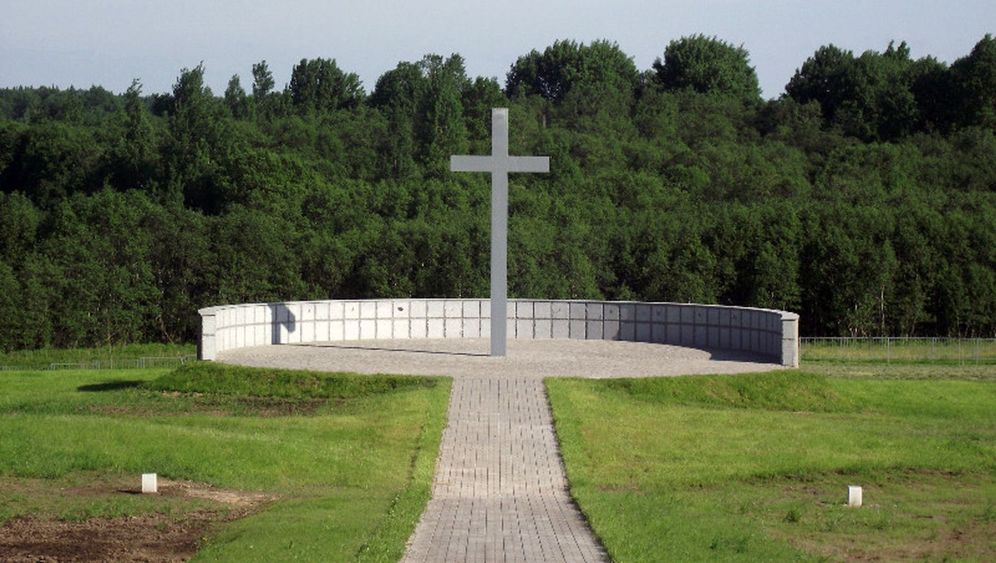 Germany will open its last big war cemetery in Russia on Saturday, marking the culmination of a huge effort to recover Wehrmacht soldiers killed on its Eastern Front in World War II.

By the end of this year, the German war graves commission will have found and reburied a total of 800,000 soldiers in Eastern Europe and Russia since 1992, when the former Eastern bloc countries began helping Germany retrieve the remains of missing soldiers following the end of the Cold War.

On Saturday, German Defense Minister Thomas de Maizière will hold a speech at the inauguration of the new war cemetery at the town of Dukhovschina, near the city of Smolensk in western Russia.

It currently contains 30,513 freshly interred German war dead, of whom 16,300 have been identified. It will eventually be the last resting place of some 70,000 soldiers, bigger even than Germany's vast World War I cemeteries in northeastern France and Belgium.

Some 200 people will travel from Germany to attend the ceremony, including descendants of soldiers buried there, says the commission, the Volksbund Deutsche Kriegsgräberfürsorge. They will watch the burial of five more soldiers.

But the work is far from over. The Volksbund says it expects to recover a further 150,000 war dead in the east and southeast of Europe by 2017. and that it will be building and refurbishing more cemeteries in places including the Balkans. And it knows the approximate locations of a further 250,000 dead, most of them in hard-to-access areas like swamps, or small burial sites with just a handful of graves.

"I reckon we will be able to retrieve half of them, but that will mean an enormous effort and it assumes we get the necessary funding," Fritz Kirchmeier, the spokesman of the Volksbund, told SPIEGEL ONLINE. "It is incredible how many people disappeared in such a short period of time."

The Volksbund bases its work on military casualty records, dispatching teams to exhume bodies from known but unmarked burial sites that were created during the war.

It has managed to identify about a third of the recovered remains from identification tags and records on the layout of burial sites, says Kirchmeier.

Many of the recovered bodies have been buried in some 20 new, large so-called concentration cemeteries the Volksbund has built in Russia since the early 1990s. Across Eastern and Southeastern Europe, it has built and repaired more than 400 cemeteries from the two world wars in the last 20 years.

The casualty figures are a reminder of the scale and ferocity of the fighting along the Eastern Front during WWII.

"The sheer numbers of German casualties being recovered from the battlefront are absolutely staggering," Harry Bennett, a British historian at Plymouth University, told SPIEGEL ONLINE. "It really brings it home to you, not just on a historical but actually on a very personal level."

"Most battlefields you can drive across in a matter of hours, but with the campaign in eastern Europe you're dealing with a battefield stretching from the Baltic to the Black Sea. It takes days to drive across," he says.

"The German military viewed the Soviets on the one hand as ferocious, capable and difficult opponents after the initial advances of 1941, but underpinning it was a hatred of Slavs, who were seen as lesser life forms, Untermenschen. That paved the way for brutality towards Red Army prisoners."

While the German losses were enormous, the numbers of Soviet military casualties were much higher. Part of the purpose of the campaign was, after all, the "decimation of the Slavic race," as SS chief Heinrich Himmler put it in a speech a few days before Germany launched its surprise attack.

A total of 2.7 million German soldiers died on the Eastern Front, and 1.4 million German civilians were killed, says Moritz Pfeiffer, a German historian and author who has specialized in the SS and the Wehrmacht's eastern campaign.

These numbers are dwarfed by the 11.4 million missing and killed Soviet soldiers, including 3.5 million prisoners of war who died in captivity. Soviet civilian losses were even higher at 15.2 million, says Pfeiffer.

"One can justifiably describe the German-Soviet war as the bloodiest war in history," Pfeiffer told SPIEGEL ONLINE. "The German plan for a high-speed Blitzkrieg campaign -- with all the brutality that entailed, the racism and sense of superiority of the German attackers and the desperate, extremely brutal resistance by the Soviet Union -- developed into a cycle of violence that cost some 30 million lives."

Pfeiffer says far more research is needed into the fighting that raged in the Soviet Union in 1943 and 1944, when hundreds of thousands of soldiers were killed in bloody battles and the Wehrmacht operated under a scorched-earth policy as it was driven back.

"We're still in the dark about large parts of this whole chaotic inferno of the German retreats," says Pfeiffer. "These questions are particularly significant because German front-line troops were directly involved in these crimes -- contrary to their more indirect involvement in the Holocaust in the Soviet Union, or in the economic exploitation of the country in fighting the partisans, which all happened in the hinterland."

Kirchmeier, the Volksbund spokesman, says the victorious Soviets didn't place much emphasis on identifying their war dead and laying them to rest in individual graves.

"Respect for dead soldiers was pretty underdeveloped in the Soviet Union, they attached a lot of importance to erecting large monuments and having large mass graves of the nameless near or beneath them," says Kirchmeier. "The individual counted for little at the time. But that's been changing in recent years."

In addition, resentment of Russian domination during the Soviet era continues to shape how the fallen are remembered in Russia's neighboring countries.

"In Ukraine I came across a number of Red Army cemeteries, most of which were neglected and some of which were vandalized because these were seen as individuals fighting for a system that actually enslaved the Ukraine," Bennett says. "The way Russia remembers those war dead and the way in which other former Soviet Socialist republics remember them is something rather different."

Both young German and Russian soldiers will attend Saturday's ceremony in Dukhovschina.

"These unimaginable casualty figures cry out for commemoration and reconciliation," Pfeiffer says.