If the European Union's plan was to provoke Britain, then it has succeeded. In its guidelines for Brexit negotiations, Brussels has strengthened Spain's position in its centuries old dispute over Gibraltar. London has reacted angrily, even stirring up talk of war over the territory.

What's at the core of the dispute? The draft guidelines for the EU's Brexit negotiations released last Friday state that no agreement between the EU and Britain can be applied to Gibraltar without Spain's approval. If, for example, a trade agreement takes shape between the EU and Britain after Brexit, Spain could still prevent that deal from applying to Gibraltar. But an official at the European Commission also explained that any such deal would have to be agreed to unanimously anyway by the rest of the EU member states. In other words, Spain would already have a veto right.

Michael Howard, the one-time head of the British Conservative Party, compared the situation in Gibraltar over the weekend to the war over the Falkland Islands. Thirty-five years ago, then Prime Minister Margaret Thatcher dispatched the British military halfway around the world, "to defend the freedom of another small group of British people against another Spanish-speaking country," Howard told Sky News on Sunday. He said he was "absolutely certain that our current prime minister will show the same resolve in standing by the people of Gibraltar."

'To Be Protected All the Way'

Although Howard is not a member of the current government, and it was over 12 years ago that he headed the Tories, the party's right wing is said to have considerable influence on the government's Brexit policies. Rather than distancing himself from Howard's choice of words, Defense Secretary Michael Fallon said a short time later: "Gibraltar is going to be protected all the way." He told the BBC that residents have very clearly expressed that they do not wish to be subject to Spanish rule.

On Monday, May's spokesperson said in all seriousness that the prime minister had no plans to deploy any troops to Gibraltar. The fact that she even had to make such a statement is remarkable. The prime minister herself laughed at the prospect of any war and, according to the BBC, told reporters during a flight to Jordan on Monday that, "What we are doing, with all EU countries in the EU is sitting down and talking to them. We're going to be talking to them about getting the best possible deal for the UK and for those countries -- Spain included."

Ultimately, the EU Breixt guidelines in question are only a draft. A final decision on the actual content won't be made by the leaders of the EU states until a special summit that has been set for April 29.

And for now, at least, the idea of a sea war over the 32,000-resident island appears to have faded. But the ongoing dispute over the Rock of Gibraltar, which Spain ceded to Britain in 1713 and has been the subject of strife between the two countries for over three hundred years, appears to be far from over.

Brussels insiders consider it unlikely that the Gibraltar text will disappear from the Brexit negotiating guidelines because Spain is insisting it remain. A spokesman for the Spanish government is thoroughly satisfied that the EU has recognized "the legal and political position that Spain has defended." He said that, in addition to Prime Minister Mariano Rajoy's conservative People's Party, the opposition socialists and liberals are also unified in their view that new possibilities have opened up for the peninsula.

Spanish Foreign Minister Alfonso Dastis acted on Monday as if he couldn't understand all of the consternation. "The Spanish government is a little surprised by the tone of comments coming out of Britain, a country known for its composure," he said on Monday. But comments he made to Spanish daily El Pais are unlikely to do much to smooth things over with the British. When asked about the potential EU accession of an independent Scotland, Dastis responded, "In principle, I don't see us blocking it." He said Scotland would have to go through the normal accession process if it were to vote in a referendum to leave the United Kingdom, but it didn't sound as though his country would present the resistance many had expected.

It was a sensitive statement. EU membership is the primary reason behind fresh attempts by the Scottish government to hold a new independence referendum. Observers, though, had thought that Spain would block any attempt at Scottish EU membership out of fear that Scotland's accession might strengthen the hand of Catalonian separatists. The fact that Madrid is now loosening this position could be perceived in London as indirect support for those in Scotland seeking to break with Britain.

'The Sovreignty of Gibraltar Is Unchanged'

Meanwhile, British Foreign Secretary Boris Johnson couldn't resist the opportunity to direct clear words at Spain. "The sovereignty of Gibraltar is unchanged," he said in Luxembourg on Monday. "And is not going to change and cannot considerably change without the express support and consent of the people of Gibraltar and the United Kingdom."

According to the British media, May's government had considered including the issue of Gibraltar in its official Article 50 letter invoking the EU exit negotiations but ultimately decided against it. Tory politician Timothy Boswell, chairman of the House of Lords EU Committee, said the omission was unfortunate because it allows the EU to present Gibraltar as a "disputed territory" that has no say in the Brexit negotiations. He also said May's government must avoid creating the impression that Gibraltar is a Brexit negotiation sideshow.

In that regard, at least, the British government has already succeeded.

The Rock of Gibraltar 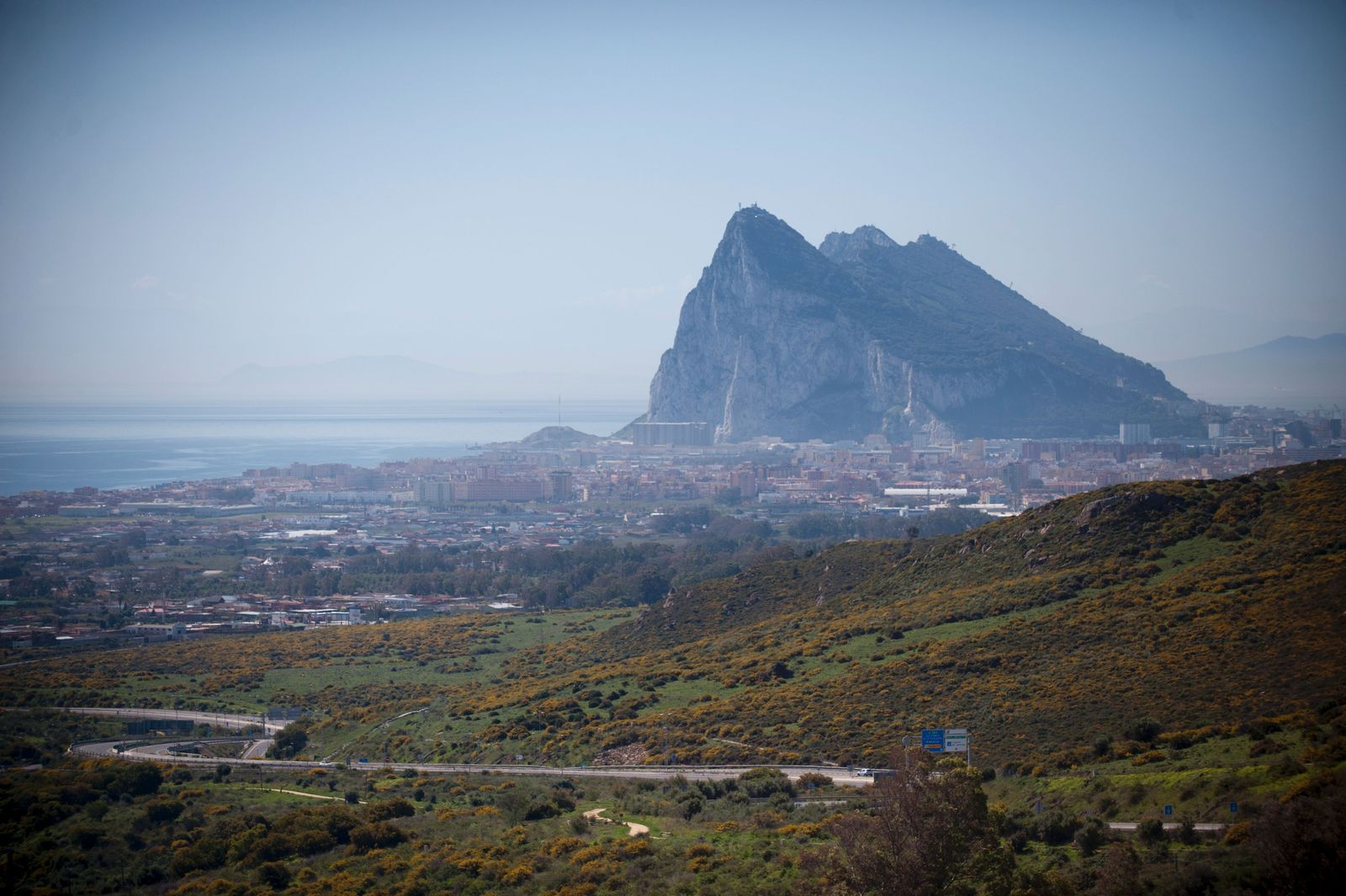 Could the Gibraltar dispute between Spain and Britain stall a possible post-Brexit trade agreement with the EU?