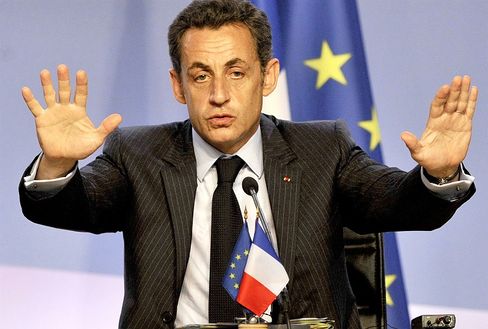 French President Nicolas Sarkozy narrowly pushed through a reform to France's constitution last week that creates the prospect of more referendums in the future on the key European Union issue of expansion. The fact that the French now have the right to directly vote on one of the EU's most important issues could mean that the union's core project, expansion, will become unpredictable. Under the newly reformed constitution, narrowly approved on July 21, French voters will be allowed to have their say on issues such as future Turkish EU membership.

There are conditions on the new reform, though: Parliament, for example, can put the brakes on any EU referendum. In order to do so, members of parliament in both the lower and upper chambers -- the French National Assembly and the Senate -- must vote with a three-fifths majority either for or against a country's accession. Sarkozy sought to secure the power to decide whether voters should be able to hold a referendum or not for himself; but parliament refused to back down.

Following Ireland's referendum in June -- which saw voters there reject the Lisbon Treaty, the legaleze-filled document that replaced the draft EU constitution (which had in turn been rejected by French and Dutch voters) -- Austrian Chancellor Alfred Gusenbauer also demanded that future EU treaty changes be decided by referendum. "We think any future changes to the treaty that affect Austrian interests must be decided in Austria by referendum," he said. His remarks, though, did little to save his wobbling government, which collapsed soon thereafter.

In Germany, the federal constitution, or Basic Law, doesn't envision referenda at the national level, but opportunities are increasing for direct democracy at the local level. In Berlin, for example, voters recently rejected a referendum that called for Tempelhof Airport, the historic site of the Berlin Airlift, to be kept open despite the city government's plan to close it.

SPIEGEL has compiled a map on the varying degrees of direct democracy in EU member states. You can click on the graphic above for more details.