It seemed like hardly a week went by in the latter half of 2011 without a counterintuitive story about how well the German economy was doing despite the euro crisis raging around it. Growth continued, private consumption was up and exports were strong.

That, though, might be the end of the good news for a while. It would appear that most in the country, led by Chancellor Angela Merkel and Finance Minister Wolfgang Schäuble, believe that 2012 will be the year when Germany finally begins to feel the effects of the euro-zone crisis which chewed its way through much of the 17-member currency union in 2011.

"Germany is doing well," Merkel said in her annual New Year's eve speech on Saturday, "even if next year will be without a doubt more difficult than this one."

Schäuble, for his part, told the tabloid Bild that "2012 will likely be more difficult than 2011, but the German economy is well positioned. ... I hope that at the end of this year, if nothing unforeseen happens, we will be in a position to look to the next year with confidence."

When it comes to pessimism for 2012, Berlin is in good company. The euro ended 2011 as the year's worst performing major currency, finally showing the drop in value that many had been predicting for months. Against the yen, the euro dropped to its lowest mark in a decade on the last trading day of the year. And with investors continuing to look skeptically at European Union efforts to prop up the euro, the trend is unlikely to reverse itself anytime soon.

The exchange rate, though, is perhaps the least significant problem. Much more worrisome to a Continent burdened with high state debt, stubborn budget deficits and newly imposed austerity programs from Portugal to Greece, is a lack of economic growth. The euro-zone economy as a whole is expected to remain in the doldrums this year, and with orders from customers in countries like Greece, Spain and Italy drying up, the German economy too is not expected to show much if any vibrance either. Whereas growth in 2011 will likely come in at or near 3 percent, 2012 growth is likely to be a paltry half percent.

And it could be even less. The euro zone, after all, is far from stable and investors are extremely wary. 2011 ended with stock markets around the world sliding significantly due to concerns about the European debt crisis and there is little to indicate that things will improve anytime soon.

Indeed, they could rapidly worsen. Even as European leaders last December resolved to push forward euro-zone fiscal integration and accelerate the introduction of the permanent euro backstop fund, the European Stability Mechanism (ESM), many continue to complain that more needs to be done on the short term. The euro zone is facing a year in which massive amounts of debt must be refinanced on the markets -- a total of €475 billion according to Citigroup. Much of the bond-offering activity will take place in crisis battered countries like Spain and Italy. Rome must find fully €113 billion on the bond markets in just the first three months of this year. Should its borrowing costs remain high or even increase, the situation could rapidly deteriorate.

Hitting the Bond Market in Berlin

"No one today can shirk his or her responsibility to contribute to putting the public accounts on track and averting Italy's financial collapse," said Italian President Giorgio Napolitano in a televised address on Sunday. "It's hard to regain credibility after having lost so much ground, and our bonds, despite some encouraging signs in recent days, remain under attack in the financial markets."

Germany, too, must hit the bond markets harder than planned in 2012. Because the introduction of the ESM was moved forward by a year, Berlin will have to take on fully €35 billion in new debt this year, twice as much as in 2011.

In short, it would appear that few are looking forward to a year of bounty. And the bad news has already begun. Spanish Economy Minister Lusi de Guindos announced on Monday that his country's budget deficit for 2011 was far greater than the 6 percent originally envisioned. "We'll see, but it's possible that we have gone over the 8 percent mark," Guindos said. 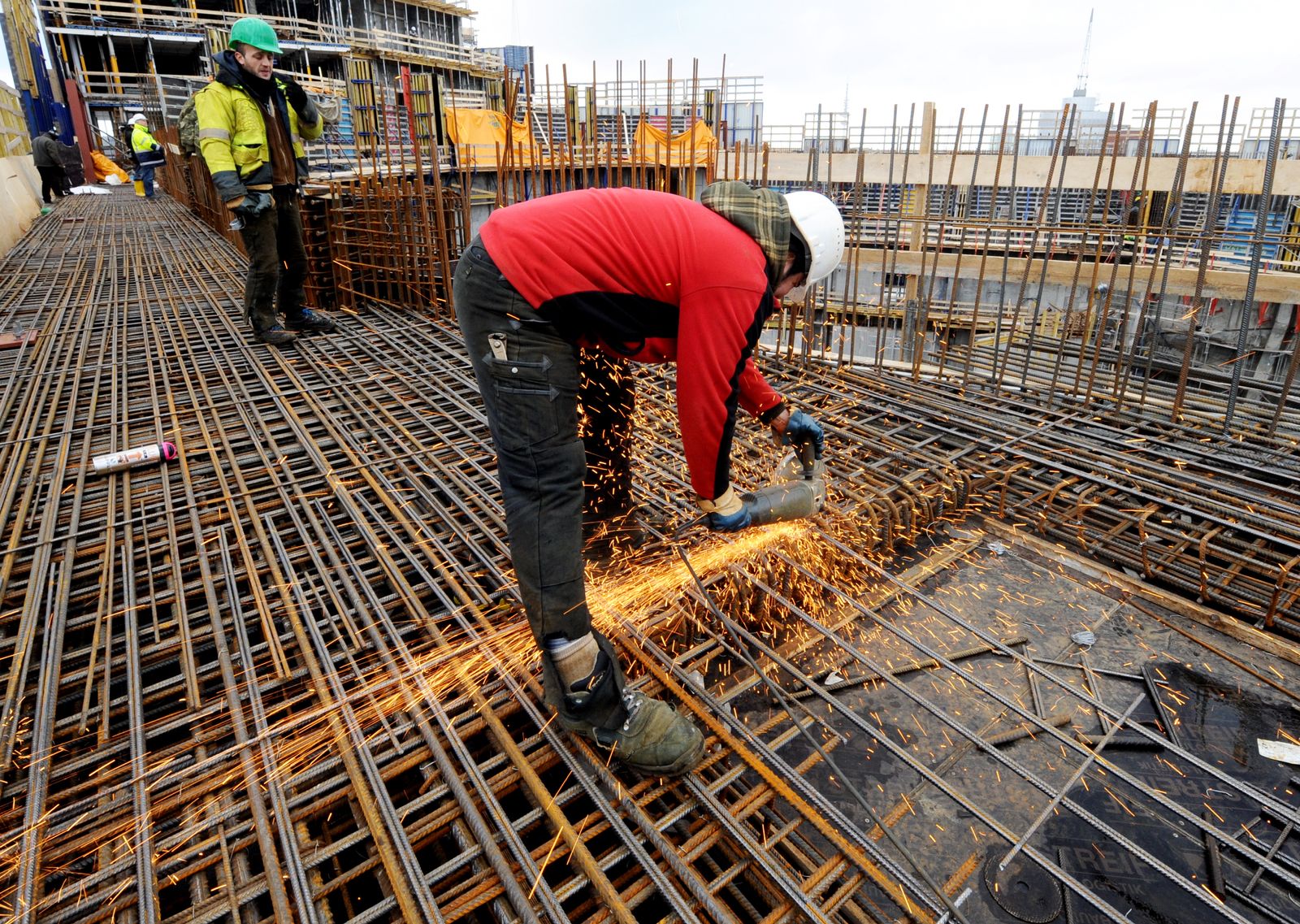 Despite a precarious situation in Europe with the debt crisis, the unemployment rate continued to fall in Germany in 2011.