It's not easy for refugees to get asylum in Europe. Most face an arduous and dangerous journey and high bureaucratic hurdles. Rich foreign investors, on the other hand, a group that can include criminals and oligarchs, routinely buy their way into the European Union. In return for large investments, some EU member states issue so called "golden visas," which allow recipients to easily obtain citizenship.

As part of a new political art campaign, the Peng Collective is planning to help an Afghan refugee and his family become large investors themselves by cashing in on a new hype: Digital works of art, the originality of which is guaranteed in a decentralized database blockchain by non-fungible tokens (NFTs).

In cooperation with 16 artists – among them DER SPIEGEL columnist Sybille Berg – the Peng Collective plans to use the profits from trading NFTs to help Milad and his family to buy their way into Europe.

In an interview with DER SPIEGEL, Milad, whose last name will not be published to protect his identity, and an activist from the Peng Collective, who goes by Luca, talk about their project, which is set to begin this week.

DER SPIEGEL: Luca, what motivated the Peng Collective to launch this project?

Luca: In our Golden-NFT project, we want to pit two powerful systems against each other: The nation state and capitalism. While money can travel freely across borders, ordinary refugees like Milad’s family cannot. They are stuck in countries like Syria or Iran or wait in overcrowded border camps. We want to challenge liberal ideology by saying: We are trading the borders away!

DER SPIEGEL: Of all the ways to generate money, why exactly did you choose NFTs?

Luca: The NFT trade is a rising market. It is the quintessence of today’s hypercapitalism. Non-fungible tokens are certificates in the blockchain which certify that a digital piece of art is indeed an original. These authentic artworks can be traded again and again, just like "real” art. With some exceptions, people are not buying the art for its own sake, but simply for profit. As long as they are able to make money with it, that is all that counts.

We are getting involved in the NFT market to instrumentalize its mechanism of surplus production. The surplus we generate is a human one: Instead of being refugees, our partners and co-artists will come to Europe as investors. For the first time, we are opening borders by applying blockchain technology. This might sound cynical, but it is the reality we live in. The system that we have built for ourselves is cynical.

DER SPIEGEL: How exactly does your scheme work?

Luca: We partnered with 16 artists who each donated one digital piece for us to sell. In addition to these creations, a computer script will automatically generate thousands more artworks based on the 16 originals. All 5,555 pieces will be entered into a lottery. In the first round, participants don’t know whether they will receive an original artwork or a computer-generated one. The hype is much higher when the trade is part of a lottery.

"It is my feelings that have trapped me," says Afghan artist Tayebeh Rasouli of her NFT artwork "panic room," which the Peng Collective will auction.

If we manage to sell out in the first round, we will already have enough money for Milad and his family. In the second round, the crypto investors begin to trade. With every resale of one of our artworks, the Peng Collective gets a 15 percent share. If money continues to flow in, we will attempt to get another refugee family from Syria to Europe.

DER SPIEGEL: Milad, you are currently living in a refugee camp in Hamburg, with your asylum application pending. How did you end up in Germany?

Milad: I fled from Afghanistan to Iran in 2019 together with my family. I traveled further on my own, crossed the border to Turkey, and tried to reach the Greek island of Lesbos from there. I attempted to cross the Aegean Sea four times, until I finally made it. During my first try, I nearly drowned, but fortunately the Turkish Coast Guard saved us.

For one-and-a-half years, I was interned in the Moria camp, where the humanitarian conditions were horrible. Finally, the Greek authorities issued me a passport and a travel permit, so I was able to make my way to Germany. My family, however, is still holding out in Iran.

DER SPIEGEL: As someone who had to get into Europe the hard way, how did you first learn about the existence of golden visas?

Milad: I didn't know they even existed before Luca told me about it. It was mind blowing to me. I hear politicians are looking for a solution to the refugee crisis. Maybe that is the solution, to turn refugees into investors (laughs). One thing to note is that we are not demanding any humanitarian generosity on the side of Portugal, the country we are investing in. If anything, Portugal is heavily indebted, and we are the ones helping by investing in its housing market. It’s a win-win situation.

DER SPIEGEL: Why exactly did you choose Portugal as a country to invest in? And how much money will you need to generate to obtain the golden visas?

Luca: Portugal is one of the cheapest countries in Europe in terms of investment. We will have to invest a minimum of 280,000 euros into a rural house in need of renovation. In addition, we will have to pay for construction work, lawyer fees, and up to 40 percent in real estate tax. Lastly, Milad’s family will receive 40,000 euros in welcome money to help them build their new lives. In total, including all European taxes, we might need roughly 600,000 euros.

Also up for auction: The work "Sweating 2021" by artist Nadine Kolodziey, who is based in Frankfurt and Berlin.

DER SPIEGEL: Assuming you manage to generate all the money you need and invest it in Portugal. Is there still a possibility that the Portuguese authorities might refuse to issue the golden visa?

Luca: The golden visa program is usually designed for super-rich, well-established families. As research by Al Jazeera has shown, all kinds of criminal oligarchs and mafiosis have been able to buy their way into the EU via the program. Since Milad's father is an electrician and not part of the establishment, his case might raise a few questions on the side of the Portuguese authorities. We are working with a total of five lawyers at the moment to make sure that our documentation is sound. We are doing all we can to play by the rules, but the possibility of failure is still there of course. 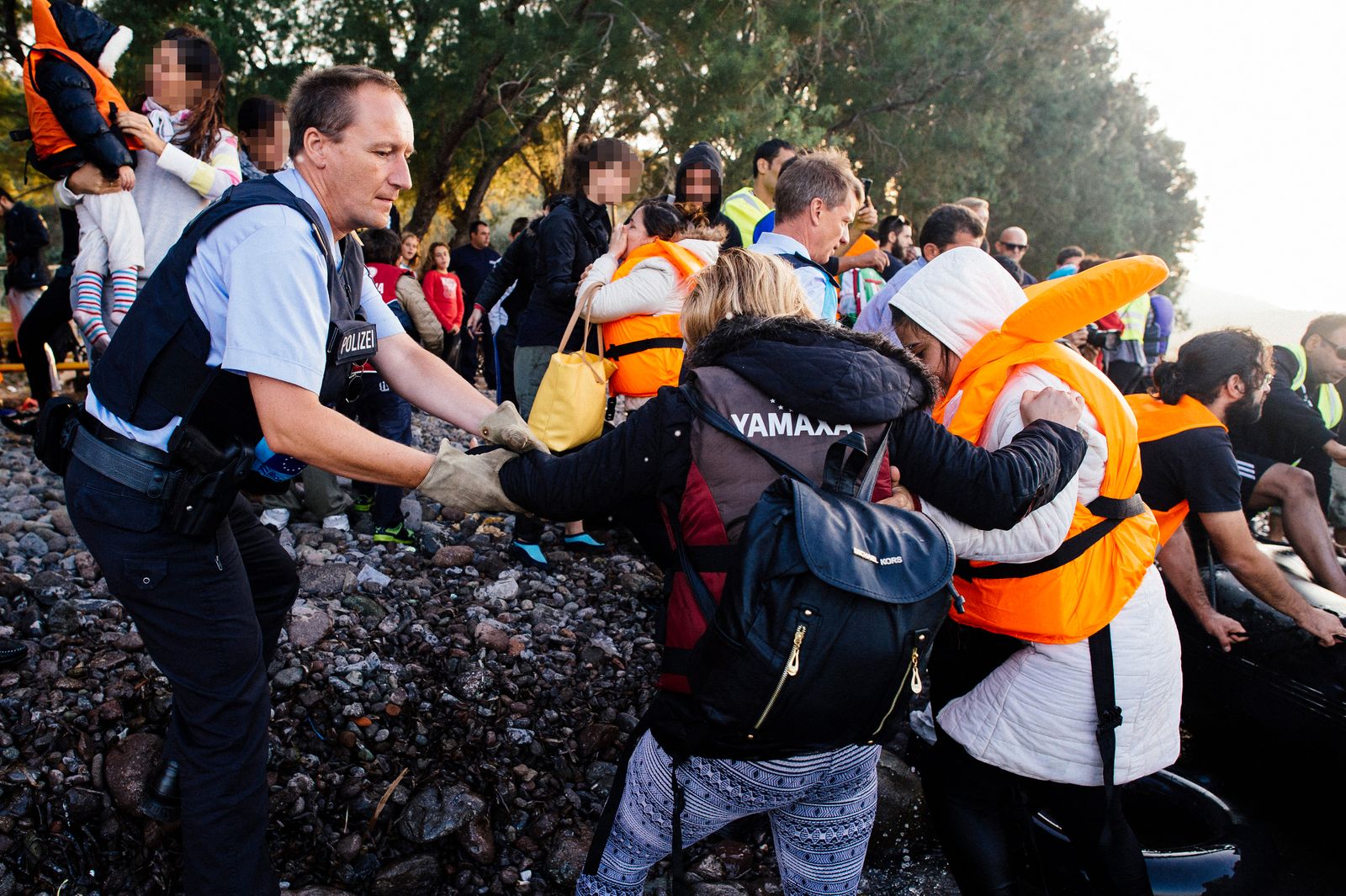 Most have to get in the hard way: A German police officer helps refugees and migrants arriving on the Greek island of Lesbos after crossing the Aegean Sea from Turkey, on October 17, 2015. 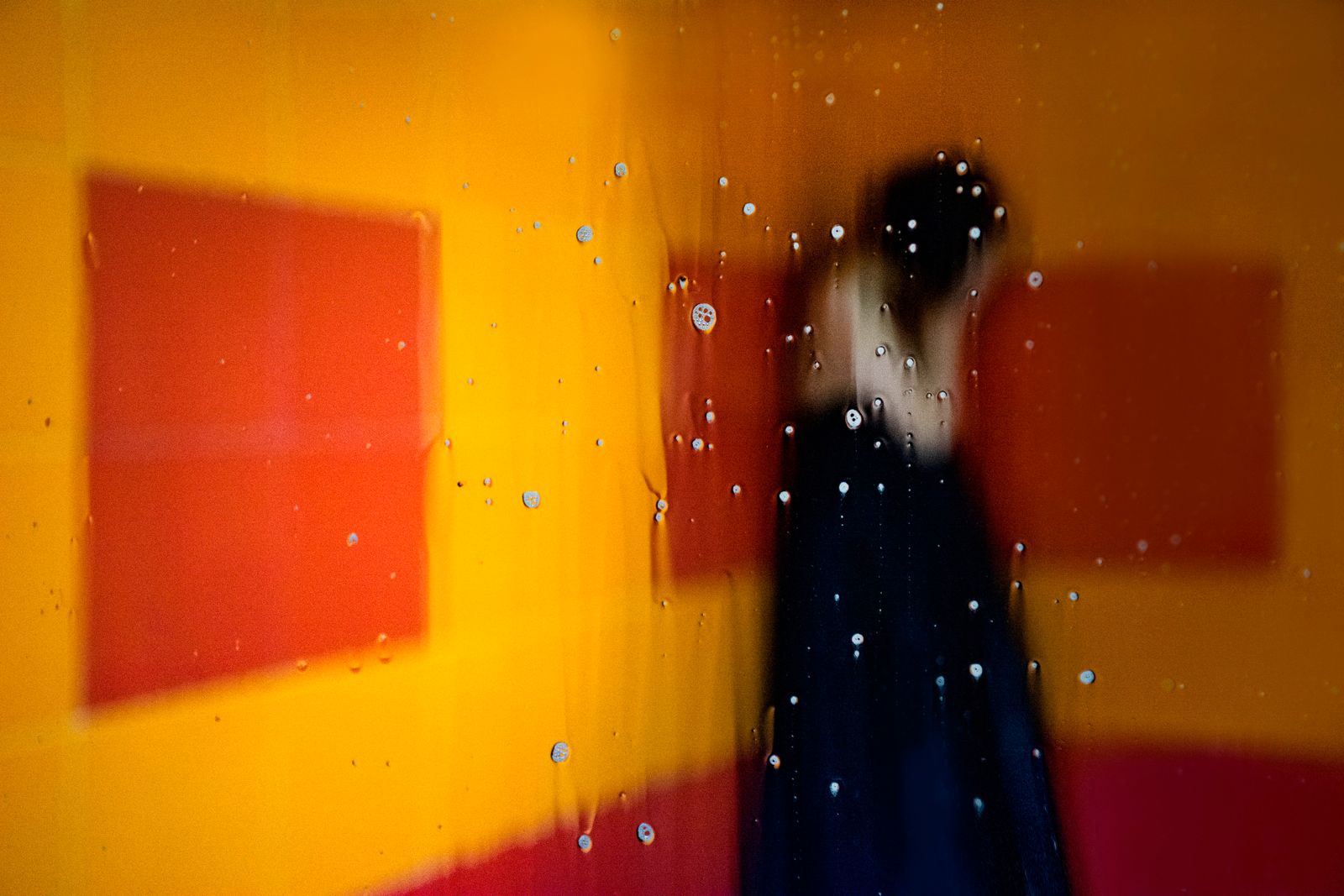 "It is my feelings that have trapped me," says Afghan artist Tayebeh Rasouli of her NFT artwork "panic room," which the Peng Collective will auction. 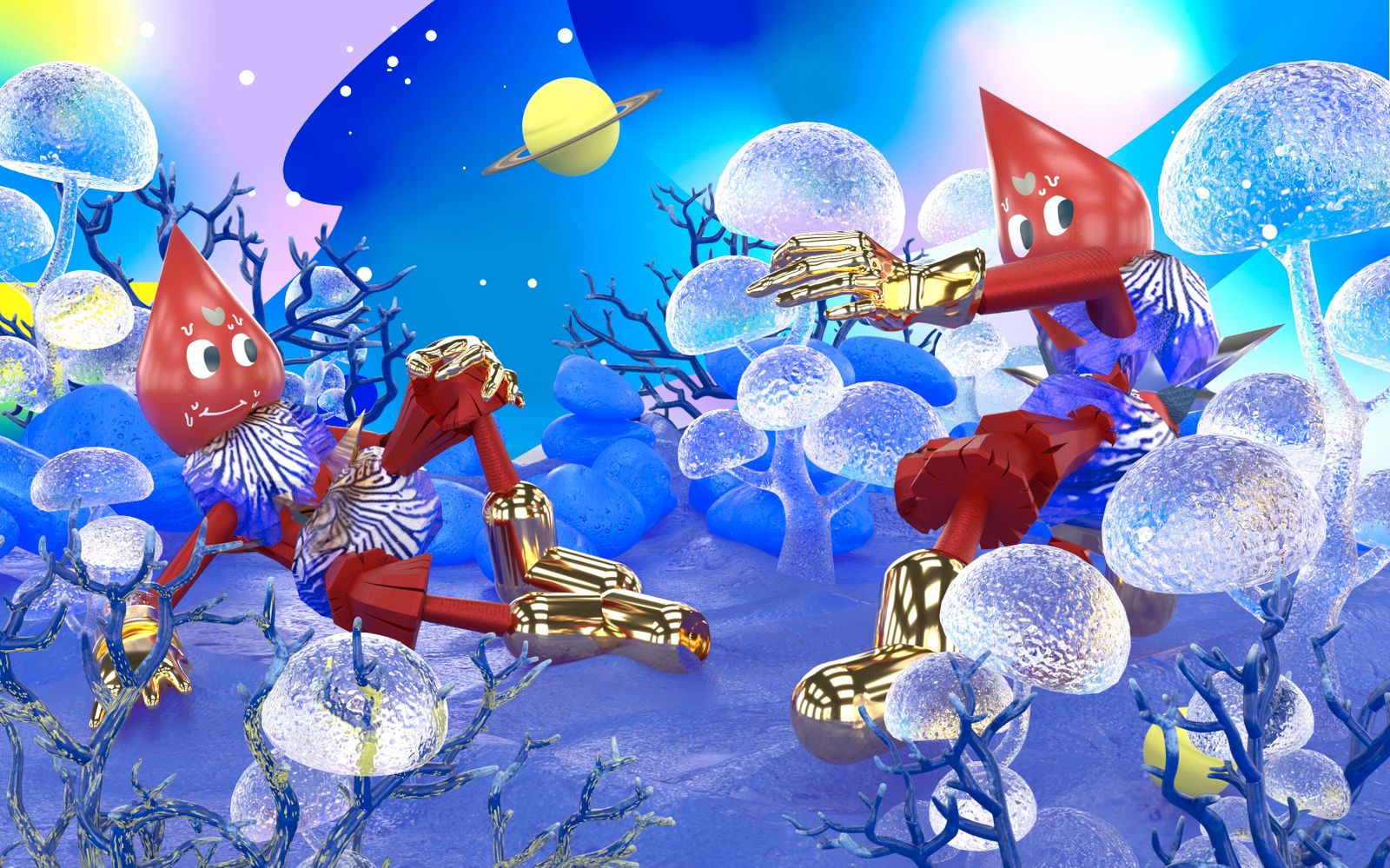 Also up for auction: The work "Sweating 2021" by artist Nadine Kolodziey, who is based in Frankfurt and Berlin.