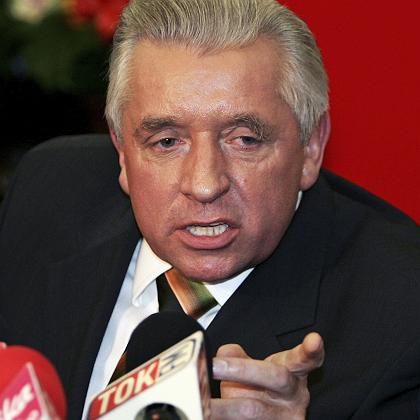 The Kaczynski twins have gained something of a reputation as trouble-makers within the European Union in recent weeks after they caused strife at the recent EU summit. Now Jaroslaw, the prime minister side of the duo, has shown once again that he is also capable of setting the cat among the pigeons at home: He has sparked a government crisis and raised the prospect of early general elections after sacking his deputy.

Kaczynski fired agriculture minister and deputy prime minister Andrzej Lepper, who is also the leader of the populist rural-based Self-Defense party, on Monday after Lepper's name became linked to a corruption investigation involving the Agriculture Ministry.

Self-Defense's leadership voted late on Monday to leave the coalition. "The coalition is finished," Lepper, who denies any involvement in the corruption case, told the television station TVN24. The party's parliamentary group will vote Tuesday on the decision to leave the government.

If Self-Defense leaves the governing coalition, then Kaczynski's Law and Justice party will no longer have a majority. Kaczynski ruled out carrying on as a minority government, saying it "would be impossible in the long run." He told Polish public television that the crisis could result in early elections later this year: "If the government can't forge a new majority, snap elections could be held in the fall."

The second biggest opposition party, the Democratic Left Alliance (SLD), said it would seek a vote of no confidence in the government with the aim of forcing snap general elections.

However Kaczynski ruled out such a snap poll, saying that the SLD's proposal to dissolve parliament immediately would result in general elections in August, when most Poles are on holiday. "This makes no sense," he said. "These proposals are strictly propaganda."

Law and Justice said they still hoped the Self-Defense party would agree to stay on in government without their leader. "In a few days, when emotions calm down, Self-Defense may decide to stay," Law and Justice's deputy leader Przemyslaw Gosiewski said. Polls show Self-Defense could struggle to reach the 5 percent threshold needed to enter parliament if elections were held immediately.

It is the 10th change to a key cabinet post since Law and Justice came to power. Critics accuse Kaczynski of fostering a sense of permanent crisis in the government to distract attention from other problems.

It is also the second time Lepper has been sacked. He was dismissed last year for criticizing Kaczynski, but later rejoined the governing coalition.