The shock waves from last week's European Union summit in Brussels were difficult to ignore, with Great Britain emerging as isolated and the rest of the bloc promising to take steps toward fiscal union.

A closer look at the fine print, however, revealed that the 27 heads of state and government really only emerged from the summit with one concrete pledge aimed at dampening the most immediate effects of the debt crisis currently battering Europe. They vowed to loan up to €200 billion ($260 billion) to the International Monetary Fund so that the IMF could step up its aid to European countries in need.

Now, though, with Germany's central bank showing increasing doubts about the fund and others demonstrating an unwillingness to participate, even that measure may now be in doubt.

Bundesbank head Jens Weidmann has insisted that before Germany sends its €45 billion share to the IMF, it needs assurances that other fund members outside of Europe are also willing to help out. Russia indicated its willingness to play along on Thursday. There are indications, however, that the United States will not help out. According to Bloomberg, Federal Reserve Chairman Ben Bernanke told Senate Republicans on Wednesday that the Fed would not devote more money to the IMF. US President Barack Obama has also said that the IMF has sufficient resources.

Canada too has shown no interest in the IMF plan. And Japan has insisted that Europe do more on its own.

But there are problems in Europe too. British Prime Minister David Cameron on Wednesday made it clear that his country would only contribute €10 billion, far lower than the €30 billion EU leaders had expected, according to the Financial Times. The Czech Republic, for its part, has said it will chip in its share of €3.5 billion if all EU countries participate. Furthermore, it wants to take its time to thoroughly examine the plan -- making next Monday's envisioned deadline for collecting European funds look increasingly unrealistic.

The agreement on the €200 billion IMF fund is essentially an admission that the current euro bailout fund, the European Financial Security Facility (EFSF), is likely not large enough to handle Italy's -- or even Spain's -- refinancing needs should they run into trouble. Plans are afoot to leverage the EFSF, but the fund's spending power is likely to max out at €750 billion. The current consensus, voiced most recently by European Central Bank governing council member Klaas Knot, holds however that at least €1 trillion is necessary to stabilize the euro.

IMF Managing Director Christine Lagarde on Thursday underlined the severity of the crisis in comments during a conference at the US State Department. She said that the global economy is faced with threats similar to those which triggered the Great Depression in the 1930s. "It's not a crisis that will be resolved by one group of countries taking action," she said. "It's going to hopefully be resolved by all countries, all regions, all categories of countries actually taking action."

Still, it is Germany's central bank which is causing the most consternation. Weidmann has said that, despite the Bundesbank's independence, he would like parliamentary backing for the measure. Furthermore, he is against earmarking the proposed €200 billion IMF fund solely for European use, saying it should be used to strengthen the IMF as a whole.

According to a report in the Financial Times Deutschland newspaper on Friday, Weidmann has also highlighted the dangers the IMF fund poses to Germany's €211 billion share of the EFSF. Because of the IMF's "preferred creditor status," debts to the IMF are paid back first, meaning that should a country where both the IMF and the EFSF are involved becomes insolvent, the EFSF -- and thus Germany -- stands to lose at least a portion, if not all, of its contribution. According to the paper, Weidmann warned German Finance Minister Wolfgang Schäuble of the dangers on the day of the summit last week.

Weidmann has remained consistent in his fiscal policy conservatism when it comes to efforts to prop up the euro and aid heavily indebted euro-zone countries. Indeed, he remains vociferously opposed to any additional bond-buying by the European Central Bank as a way to keep borrowing rates for countries such as Italy and Spain down.

And it has become increasingly clear that new ECB head Mario Draghi has become a convert. "I will never be tired of saying that the first response ought to emanate from the country," Draghi said during a Thursday speech he held in Berlin, his most recent indication that the ECB seeks to avoid becoming Europe's lender of last resort. "There is no external savior for a country that doesn't want to save itself."

At the same time, he also urged European policy makers to hurry up. "The crisis has not ended yet," Draghi said. "It is now important not to lose momentum and to swiftly implement all those decisions that have been taken to put the euro area economy back on course." 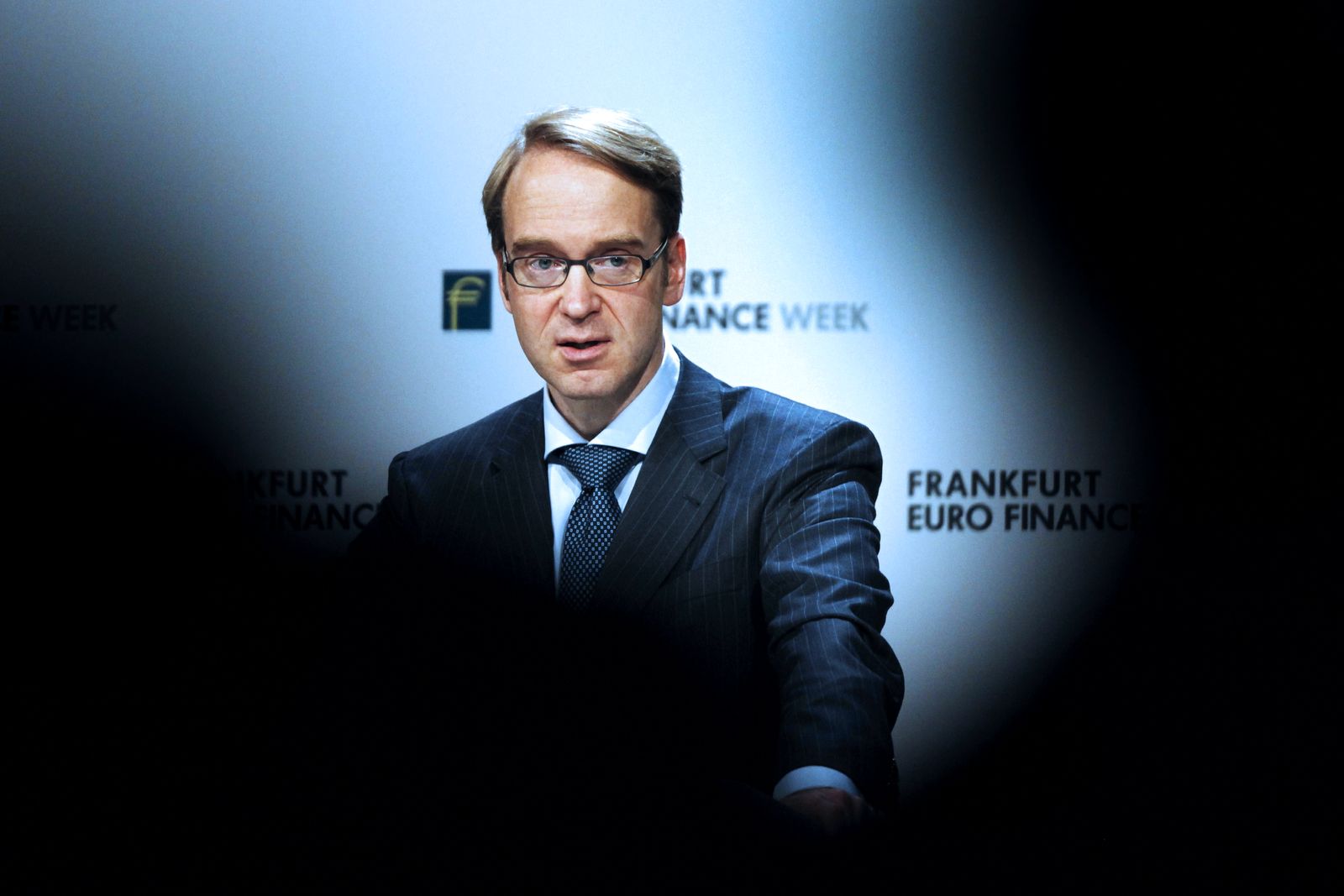 Jens Weidmann has kept Germany's Bundesbank on a conservative course.