One could be forgiven for thinking that hurdle races, long an Olympic discipline, originated in Greece rather than in England. Particularly these days. Prime Minister Giorgios Papandreou is doing all he can to keep his government together and prevent his country from going bankrupt. But the obstacles -- a full year after the European Union and the International Monetary Fund put together a €110 billion aid package for the country -- are myriad. And high.

The next hurdle is scheduled for Tuesday night at midnight, Athens time. Papandreou, himself an enthusiastic runner, faces a confidence vote in the Greek parliament. With his party holding 155 of 300 seats, his margin for error is thin. The conservative opposition has vowed to vote against him.

For once, however, all signs seem to point toward a Papandreou success. After a turbulent week, the markets have settled in anticipation of the prime minister surviving the confidence vote. Furthermore, a cabinet reshuffle late last week was successful in forestalling a full-fledged revolt within Papandreou's socialists. Many parliamentarians, to be sure, are finding it difficult to support yet another raft of austerity measures. There is, however, no alternative in sight.

But even if Papandreou survives Tuesday night's vote, the next hurdle is on the horizon. On June 28, the Greek parliament is to vote on a critical new package of austerity measures. Should it fail, it could result in a dramatic worsening of the crisis facing the European common currency.

The European Union has made the passage of the austerity package a key criteria for handing over the next tranche of aid from the €110 billion bailout package, a position reiterated by European Commission President Jose Manuel Barroso on Monday evening. "I therefore trust that Greece's elected representatives will back these measures next week in a spirit of national and indeed European responsibility," Barroso said in a statement.

The European strategy is a risky one. Given the public opposition in Greece to additional austerity measures -- particularly given the negative effect such measures have already had on the country's economy -- there is a chance that the Greek parliament will reject the new package. Yet, should the EU and the International Monetary Fund refuse to pay out the €12 billion tranche by mid-July, Greece could go bankrupt.

In a Monday report, the IMF warned of the potential "spillover effects" for the global economy should the Greek crisis not be contained and issued a plea for further integration of euro-zone fiscal policy. Furthermore, the so-called troika -- made up of the European Commission, the European Central Bank and the IMF -- have sent experts to Athens to try and prevent the Papandreou administration from watering down the austerity program ahead of the June 28 vote. "A great deal of responsibility lies on the shoulders of the Greek authorities," European Commissioner for Economic and Monetary Affairs Olli Rehn said on Monday.

That so much is now riding on the vote next week comes as something of a surprise. A year ago, when the Papandreou government negotiated the conditions for the €110 billion bailout package, Athens seemed determined to fulfil the strict troika demands. Deep spending cuts were quickly passed along with other painful belt-tightening measures.

The prime minister himself insists that nothing has changed. "We are determined -- as a country and as a government -- to bring our program forward and do what is necessary to improve our country's economic position," he said following his meeting with Barroso. Despite such avowals, however, doubt has increased in recent weeks. And new numbers released by the Greek Finance Ministry on Monday indicate that Athens is behind on its consolidation aims.

The debate in Athens has also made it more difficult for euro-zone countries to throw their support behind Greece. Negotiations on a new bailout package for Greece, which could even be slightly higher than the first, have been acrimonious and slow. And the delay in rubber-stamping the €12 billion payout from the first package is a clear indication of the depth of distrust felt in European capitals.

European politicians have sought to sell the delay as a pressure tactic. "We are calling for not just the government, but also the Greek opposition to support the plan," said Belgian Finance Minister Didier Reynders. Europe hopes that such pressure could ultimately help Papandreou push the austerity package through parliament.

But the strategy is not without risk. On the one hand, should the austerity package ultimately fail, the EU would be faced with going back on its word or allowing a Greek insolvency. On the other hand, protests against further belt tightening in Greece, while far from massive, have become more intense in recent weeks. The left-wing daily Ta Nea has begun calling public squares in the country a "secret weapon" against the troika.

Greek labor unions have also begun flexing their muscles. General strikes have become frequent and on Monday, workers at the partly-state-owned electric utility DEI went on strike, resulting in several small power outages. Labor unions and other groups have announced further protests for Tuesday. The aim is to block the roads leading to parliament in Athens.

But it is not just concerns about social inequality that are fuelling the Greek anger. Many are afraid that the austerity measures could spell doom for the country's economy, particularly given the deep spending cuts and steep tax hikes. The most recent numbers from the Finance Ministry would seem to support such fears: Between January and May, tax revenues were lower than expected as a result of a slowing economy.

Opposition leader Antonis Samaras has long been warning against radical austerity measures. A year ago, he presented an alternative plan -- called Zappeion after the building where Greek's accession to the European Union was once signed. That plan has now been followed by Zappeion II. The most important measure? Taxes, he says, should be cut rather than raised to stimulate the economy.

According to a report in Ta Nea, the country's new finance minister, Evangelos Venizelos, might be listening. The Finance Ministry, the paper reported, is working on "alternative scenarios when it comes to taxation."

An additional proposal by the Papandreou administration is further along. In the autumn, Greeks are to vote in a referendum on a constitutional amendment. The change would make it easier to take members of the government to court.

The conservative paper Eleftheros Typos, however, predicts that Papandreou won't be around that long. Greece, the paper wrote this week, is "experiencing the last act of a drama which began with the cabinet reshuffle and will end with new elections in September." 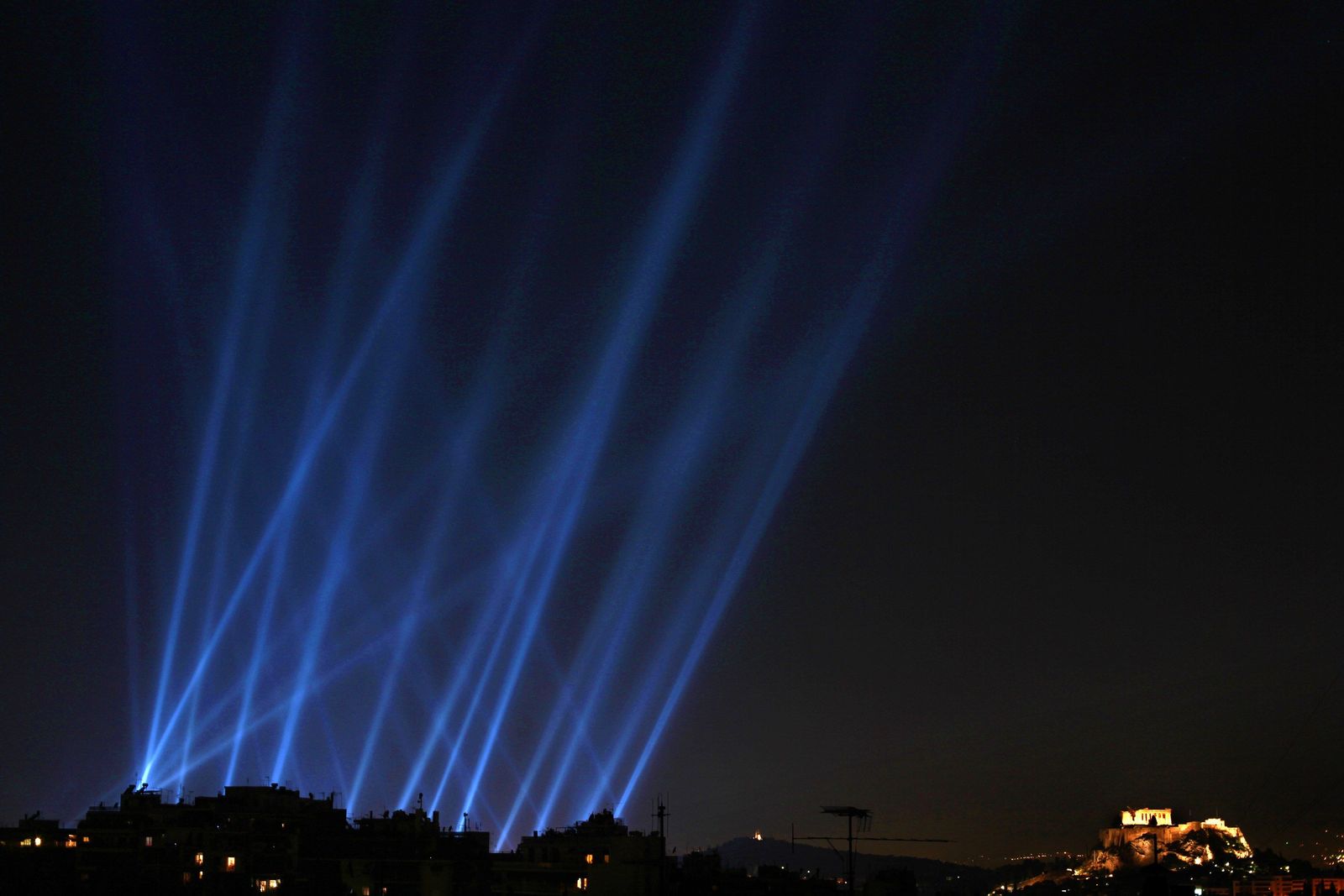 All eyes are on Greece ahead of next week's critical austerity package vote.