The denial from Greek Prime Minister George Papandreou was prompt and vehement. Reports that Athens was considering a withdrawal from the European common currency zone, he said, "are borderline criminal. No such scenario has been discussed even in our unofficial contacts." He then said that Greece should be left alone "to do its job in peace."

Papandreou was referring to a report in SPIEGEL ONLINE about a meeting held in Luxembourg on Friday night to discuss Greece's ongoing debt crisis. In the immediate wake of the report, several euro-zone governments denied that such a meeting was taking place, but later said that the gathering was one of several informal -- though confidential -- meetings on debt problems within the common currency area.

The story also noted that German government sources told SPIEGEL ONLINE that Papandreou was looking into the possibility of an exit from the euro zone.

Still, the host of Friday's meeting, Luxembourg Prime Minister Jean-Claude Juncker -- who is also president of the Euro Group and drew criticism for initially disputing that the gathering was taking place -- insisted that "we are not discussing the exit of Greece from the euro area. This is a stupid idea and an avenue we would never take."

Not all economists, however, share that opinion. Hans-Werner Sinn, head of Germany's influential Ifo Business Climate Index, said in an interview with the Sunday edition of the Frankfurter Allgemeine Zeitung that "withdrawal from the euro would be the lesser of two evils."

'Immediate Run on the Banks'

In his speculative comments, Sinn noted that a return to its own currency would enable Athens to devalue the new drachma and quickly make its beleageured economy more competitive. "There would, of course, be an immediate run on the banks, and the banks would go broke."

But, he said, the alternative is a so-called internal devaluation -- which in Greece's case will require salary and price reductions of between 20 percent and 30 percent. "In this case, the banks would go broke as well, because companies in the real economy will go bankrupt and will no longer be able to pay back their debts." But social unrest in such a scenario, he adds, would "push the country to the brink of civil war."

German Finance Minister Wolfgang Schäuble, for his part, doesn't agree. Sources told SPIEGEL ONLINE that Finance Ministry experts prepared a paper for Schäuble ahead of the Friday meeting which warns of the possible dire consequences in the event of a Greek euro-zone exit.

"It would lead to a considerable devaluation of the new (Greek) domestic currency against the euro," the paper states. According to German Finance Ministry estimates, the currency could lose as much as 50 percent of its value, leading to a drastic increase in Greek national debt. Schäuble's staff calculated that Greece's national debt would rise to 200 percent of gross domestic product after such a devaluation. "A debt restructuring would be inevitable," his experts warn in the paper.

Even in the absence of such a drastic step, there are plenty of economists in Europe who think that Greece will, sooner or later, be forced to restructure its debt. And while European Union officials have been insistent in their denials of that scenario as well, there is no doubt that Greece's recovery is by no means going as planned. Athens is now well behind its blueprint for cutting its budget deficit, and euro-zone officials now think that the country will need an additional €30 billion ($43 billion) in financing for 2012. And it is becoming increasingly clear that Athens will not be able to find that money on the financial markets.

The Wall Street Journal reported on Monday that Greece will likely have to tap the European Financial Stability Facility for the extra cash. Last year, Athens already received a €110 billion bailout from the euro zone. British Finance Minister George Osborne also mentioned the possibility in statements he made on Sunday to the BBC.

Several German economists warned over the weekend that a Greek departure from the euro zone would be catastrophic for the common currency and for Greece itself.

"Were the drachma to be reintroduced, Greeks would storm the banks to get their money paid out in euros," Jörg Krämer, chief economist for Commerzbank, told Die Welt. "The reintroduction of the drachma would be economic suicide."

Thomas Straubhaar, president of the Hamburg Institute of International Economics, told the paper that, given German exposure to Greek debt, a withdrawal from the euro zone could "set off a domino effect which could approach the impact of the failure of the US investment bank Lehman Brothers." 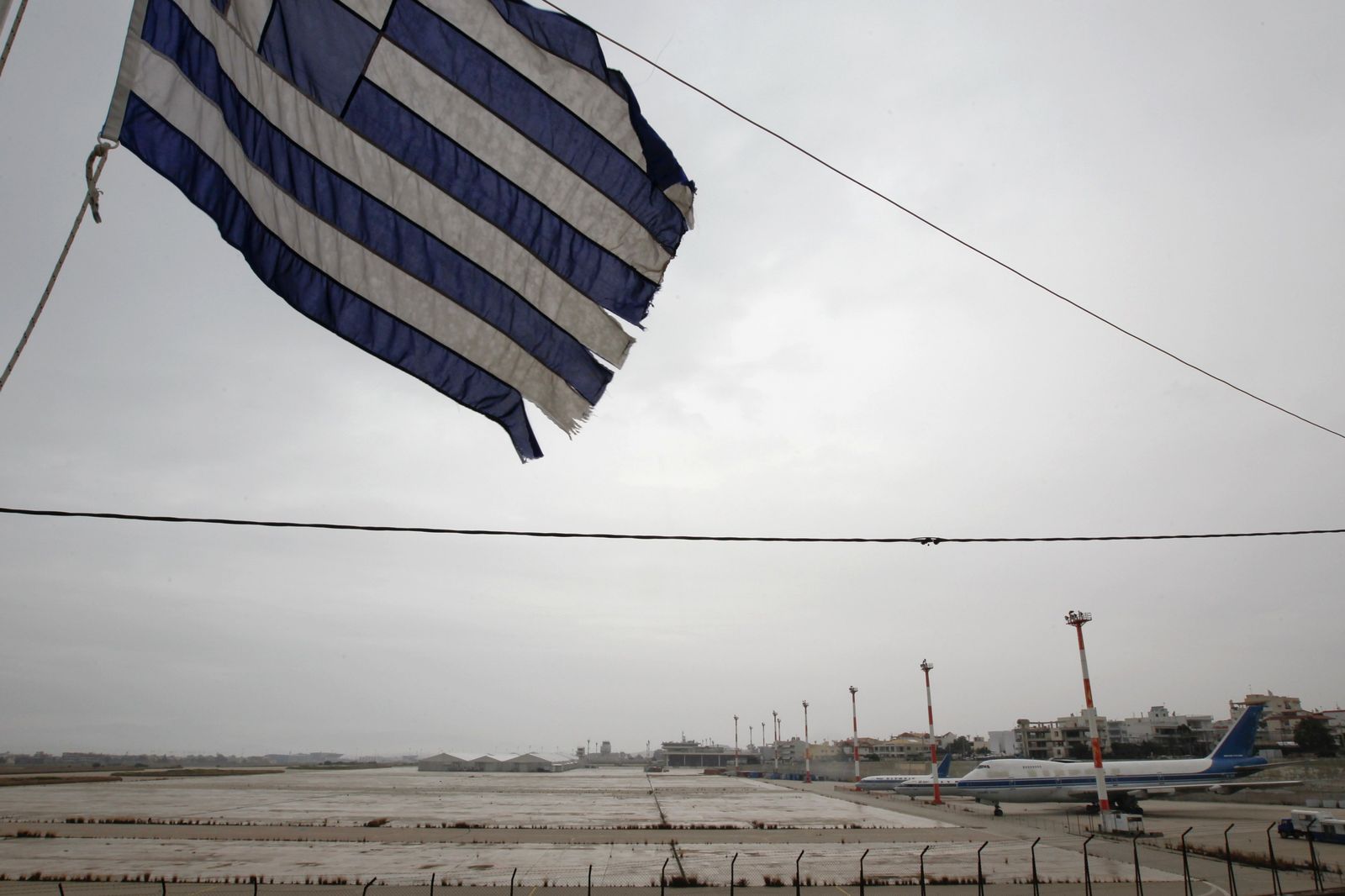 Greek debt has Europe worried once again. Here, the old Athens airport, which was shut down in 2001. Plans for development have gone nowhere.