When Petros Christodoulou sits at his desk, his gaze inevitably falls on a relic of better days. To him, it must feel like a reminder of a laudable achievement gone wrong -- and a warning. A neatly framed certificate perched on the windowsill across the room reads: "Best Government Borrower." It was an award bestowed upon the Athens government in 2007 by the British financial newspaper EuroWeek.

Back then, taking on debt in Athens was more of a straightforward affair. These days, though, the entire world is looking to Greece and wondering how the country will clean up its budget and avoid a national bankruptcy.

Even if Greece is unable to increase its revenues significantly, it is Christodoulou's job to procure favorable loans in the financial markets so that Athens can at least pay off its old debts with new debt. This, in turn, is meant to placate Greece's creditors, help the country get over its financial crisis and stabilize Europe's common currency, the euro.

Just one month ago, Prime Minister Georgios Papandreou, 57, appointed the former investment banker to serve as Greece's highest-ranking debt manager, as general director of the Public Debt Management Agency (PDMA). It is a dubious honor, given that the country owes €300 billion ($404 billion) and is paying interest rates on government bonds that are up to 3 percent higher than the rates paid by Germany. His predecessor issued an €8 billion bond offering in January, but the price began plunging on the first day of trading. It was a debacle for Greece.

Nevertheless, Christodoulou didn't hesitate for a second. "You don't necessarily wait for an offer like this," says the financial manager, "but there are moments in your career when you just have to clench your teeth and get down to business." Now he intends to use his skills to help lead his country "out of an admittedly difficult situation."

Those skills must be extraordinary, if one is to believe the early praise in the capital. Christodoulou, who studied finance in Athens and at New York's Columbia University, held senior executive positions with several major financial institutions, including Credit Suisse, Goldman Sachs, JP Morgan and, most recently, the National Bank of Greece, before being chosen as his country's financial savior. "I climbed high and was dropped off with a parachute over unknown terrain," he says.

The PDMA's "front office," as Christodoulou calls it, doesn't exactly look like the nerve center of a campaign to prepare for the final battle against looming bankruptcy. The hallway, painted in Greece's national colors of blue and white, is quiet. The desks seem oddly neat and many chairs are empty.

With his staff of 20, Christodoulou, 49, must decide which bonds to place and where they will be placed, the size of the offering and the terms and conditions. "My life is dictated by the financial markets," he says. "I'm here when something new happens, and I'm here when someone has an idea, morning, noon and night. I exchange e-mails with the finance minister at one in the morning."

Not a Time for Weakness

His carefully ironed white shirt belies his busy schedule as he sits at his desk in shirtsleeves. Given all of his newfound responsibility, does he have trouble sleeping? Christodoulou, usually quick to respond, pauses for a few moments. Then he says, absent-mindedly: "I believe it's doable, and that's why I'm here. There is no room for emotion."

His biggest challenge at the moment is to raise about €11 billion by the end of May to pay debts that will mature by then. At the beginning of the week, that number was much higher, but a successful bond issue on Monday brought in a much-needed €5 billion. The offering follows an equally successful bond issue on March 3, which likewise brought in €5 billion. Nevertheless, by the end of the year, he must rustle up over €20 billion more.

In April, he and his team will embark on a "road show" in the United States and Asia. "We have a story to tell," he says. The story is about a Greece that will successfully complete its difficult journey and will then offer good investment opportunities -- opportunities, he says, that international investors cannot afford to ignore. In fact, says Christodoulou, Greece is already paying such attractive yields to offset a higher risk that no international investor can "afford not to be in on the deal." He is targeting the booming financial centers in Southeast Asia and in emerging economies, in particular.

Going for the Jugular

Christodoulou makes decisions quickly and purposefully. He thinks patriotically and acts globally. "We all need luck," he says, and adds: "I also go to church." He pauses and laughs again: "I need all the strength I can get."

The US business magazine Forbes estimates that he earned an annual salary of about €300,000 in his last bank job, but his current pay is likely considerably lower. "I don't remember," he says, smiling thinly -- no comment, in other words.

Instead, he prefers to emphasize the selfless nature of his current task. "One thing is certain," he says. "I'm not a politician, and I'm not planning a political career." 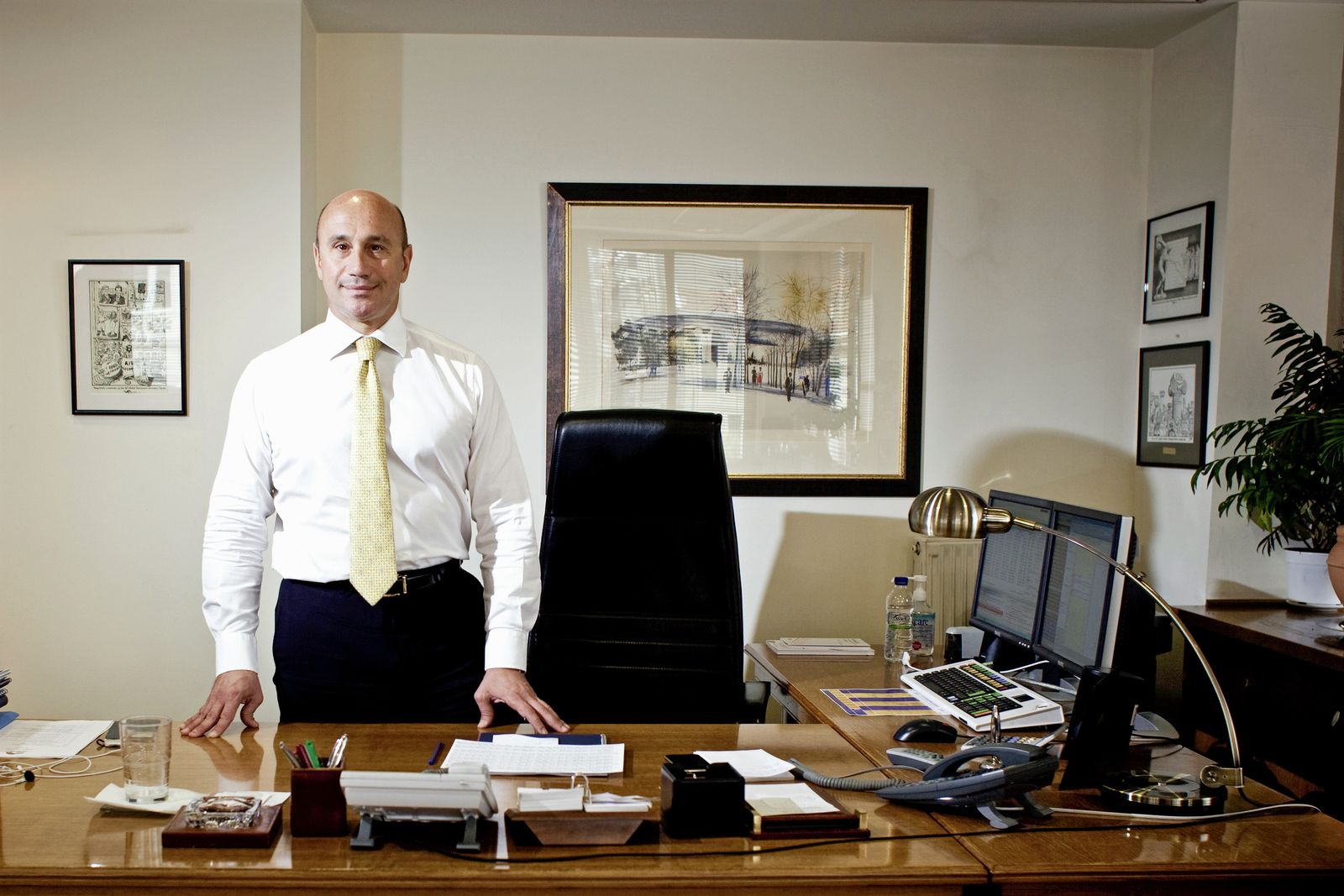