Greece has never proven itself to be particularly adept at meeting deadlines imposed by the European Union as it seeks to reform its economy. And when it comes to laying off thousands of public servants, Athens is hopelessly behind. But now, Greek Prime Minister Antonis Samaras is expected to personally ask his country's international creditors to further extend its deadline for the layoff scheme. His government is concerned that a summer of protests resulting from the cuts could have significant ramifications for the tourism industry.

Greece had promised its lenders -- represented by the so-called "Troika" made up of the European Commission, the European Central Bank and the International Monetary Fund -- that it would dismiss 2,000 public servants by the end of June, with 2,000 more layoffs to take place by the end of the year. But according to Greek media reports, Samaras fears that violating the jobs-for-life guarantee in the public sector would trigger widespread demonstrations just as huge numbers of vacationers begin arriving in the country.

Greece is expecting a record year of tourism in 2013, with 17 million arrivals forecasted -- 2.5 million of them from Germany, also a record number. A good summer season is considered vital for the economy, which is reeling after six straight years of recession.

Representatives of the troika returned to Athens on Tuesday for another of their regular inspections, a check-up that is likely to last until the middle of the month. Public sector reform, including the shutting down of state-owned entities that serve no purpose and the subsequent dismissal of redundant personnel, has been a thorny issue ever since Greece turned to its euro-zone partners for a bailout in the spring of 2010.

'Lobbying from Many Sides'

Yet despite successive plans and pledges to streamline the public sector and slash the number of employees, very little progress has been made so far. According to the web edition of the Sunday paper To Vima, the list of public sector entities to be closed "is constantly being written and rewritten, with intense backroom lobbying from many sides."

The government was also supposed to cover a big part of its layoffs obligation by firing corrupt public servants. But according to conservative newspaper Kathimerini, data presented to the troika show that only 99 public employees have been dismissed for corruption thus far.

In an attempt to assuage the fears of the troika that his reform momentum is losing steam, Samaras is expected to promise that Greece will abide by its commitments for 2013 as a whole. But he also intends to stress that the summer tourism season is not the time to create social tension.

It has long been a cardinal rule of Greek politics that no controversial decisions should be taken during the summer season. "Respect the beach vacations of the Greek people," was the memorable phrase of former Greek Prime Minister Andreas Papandreou.

Samaras is also expected to seek to persuade the troika that the VAT rate in the restaurant sector should be decreased from 23 percent to 13 percent. This measure too is aimed at invigorating the tourism sector, which accounts for more than 15 percent of the country's gross domestic product.

The Greek government is equally confident regarding the extension of the layoffs deadline. Many members of the government believe that, in light of the German elections, Berlin will seek to avoid conflict with Athens.

But Greece too would seem to be anxious to avoid conflict. To Vima quotes an unnamed official from the Finance Ministry saying that "we do not want another thriller negotiation with the troika, especially now that the climate in international markets and in the international media is turning in Greece's favor." 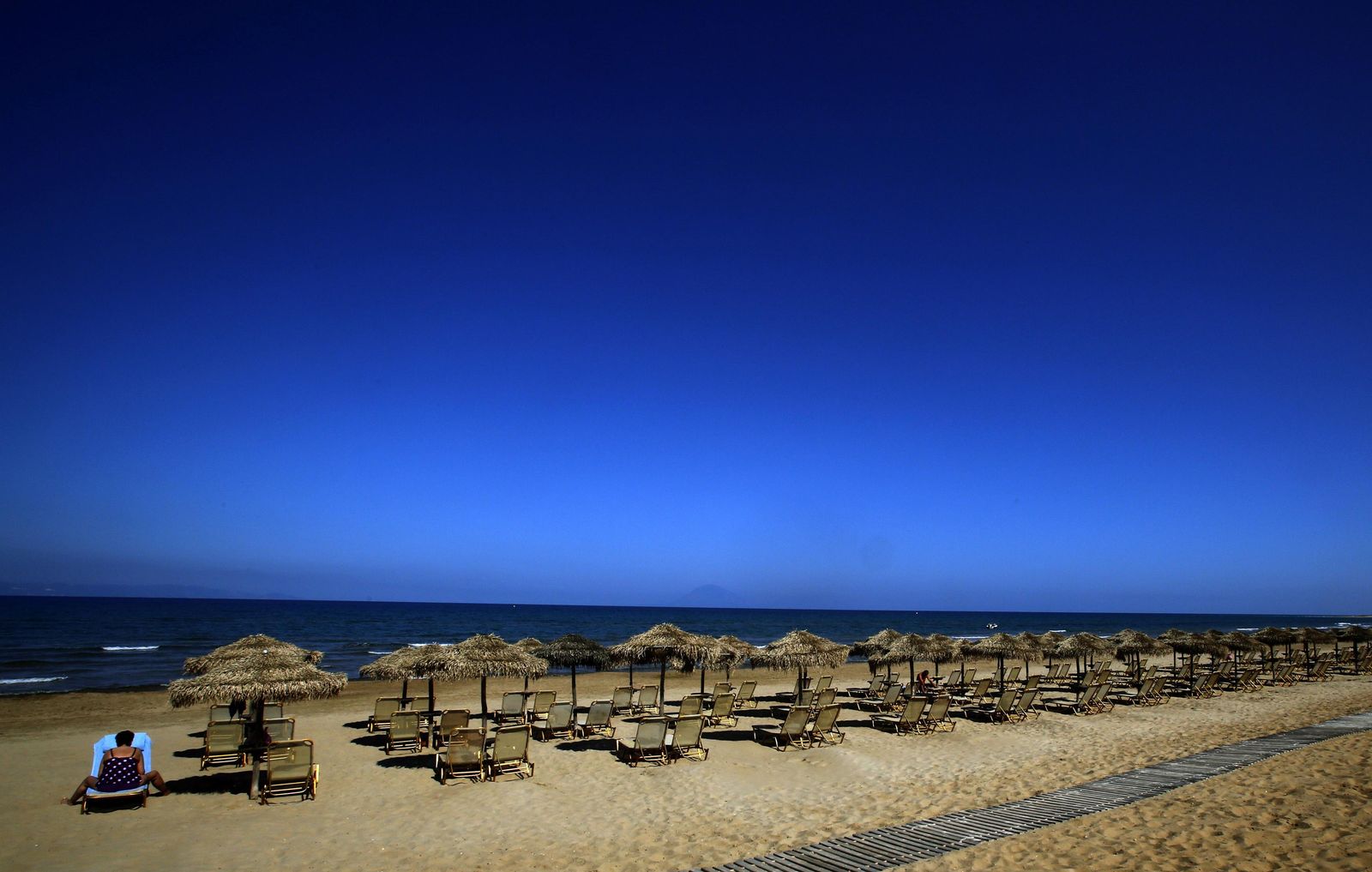 Greece's tourism industry has been suffering, but record numbers are expected in 2013.