The future of the euro is in the hands of the justices of the German Federal Constitutional Court, if the two sides of a legal battle over last year's bailout of Greece and establishment of a euro rescue fund are to believed.

Germany's highest court, based in the southwestern city of Karlruhe, began its deliberations on Tuesday with a public hearing on the legality of Germany's contribution to the bailout. A prominent Bavarian conservative politician, Peter Gauweiler, and a group of professors have mounted a legal challenge against Berlin's actions last year to help save the single currency.

They accuse the German government of breaching both the constitution and European law. They believe the aid paid for Greece and the contribution to the European Union's euro rescue fund was in breach of EU law, which stipulates that member states must not assume each other's debts.

"We appeal to the high court to put a stop to the actions of the European politicians in order to prevent us from falling into the abyss of a disintegrating economic and monetary union," declared one of the plaintiffs, Wilhelm Nölling, an economist and former president of the regional central bank for the city-state of Hamburg.

Countering the challenge, Franz Mayer, a professor of state law who is representing the German federal parliament, the Bundestag, said the court "has a responsibility for the future of the monetary union." The judges, he argued, "must leave room for future developments."

They are likely to set limits and to require the government to consult parliament more in future bailouts, but they probably won't call into question the measures taken to rescue the euro -- either legally or in terms of whether the actions were economically wise.

One of the plaintiffs, the Freiburg-based law professor Dietrich Murswiek, referred to an earlier ruling by the Constitutional Court on the Lisbon Treaty, in which the court had said every German should have a democratic say in changes to EU treaties.

Court May Set Limits for Bailouts

Murswiek argued that the treaties had been reinterpreted or simply circumvented in the bailout decisions, and that EU governments had in doing so perpetrated a "virtual treaty change," breaching the democratic rights of German citizens to be involved in such a decision.

But it is the plaintiffs' second prong of attack that seems more likely to impress the court -- the professors are arguing that the German parliament should have been consulted on the billions of euros Berlin pledged for the rescue packages.

The president of the court, Andreas Vosskuhle, said several "concrete benchmarks" were conceivable here. These could include a requirement that a euro rescue fund be temporary, that the parliament be given the power to vote on every single tranche of aid paid out from the fund and that bailout decisions be unanimous within the EU.

Vosskuhle repeatedly raised the possibility of placing a limit on the amount of liability the German government could assume.

The ruling will probably be proclaimed in the autumn. Vosskuhle stressed the court was restricting itself to deliberating constitutional issues. "The future of Europe and the right economic strategy aren't being debated in Karlsruhe," he said. "That is up to the politicians, not the judiciary." 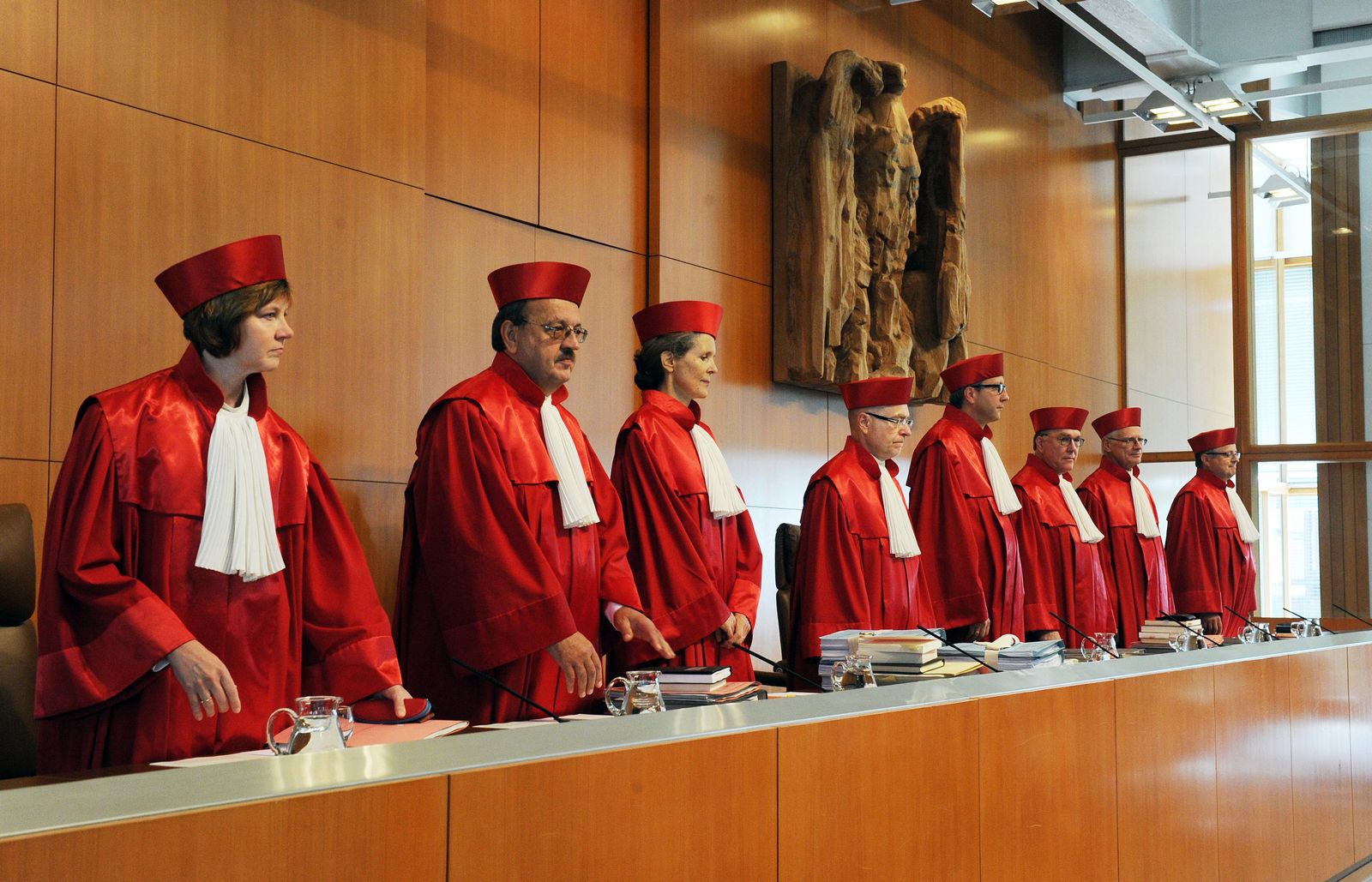 Will the German constitutional court thwart the euro bailout? Probably not.