The Greek government's budget deficit is bigger than expected and currently amounts to some €20 billion ($26 billion), according to preliminary estimates by the so-called troika made up of the European Commission, European Central Bank and International Monetary Fund, SPIEGEL has learned. The figure is almost double previous estimates.

The next tranche of EU aid can only be paid out to Greece when that budget gap has been closed. The government of Prime Minister Antonis Samaras is believed to have made several requests for government creditors to forgo debt repayments. He is also hoping that lenders will give his government two years longer to fulfill his austerity program. In that case, Greece would probably require an additional €20 billion in aid.

Meanwhile a row has erupted between the German government and the European Commission over when the decision will be taken on whether Greece will get any fresh money at all.

The Commission wants a decision to be reached at the next EU summit on Oct. 18-19. But Berlin says there won't be reliable figures available until November at the earliest.

Failure to Reach a Deal

Officials said on Friday that Greece and the troika had made progress in negotiations on an austerity package, but had failed to reach a deal at the last meeting before visiting inspectors from the troika left Athens last weekend.

The talks are due to resume in a week when the troika inspectors return to Athens. So far, Greek officials have said agreement on €9.5 billion of the €11.5 billion package of spending cuts had been reached. That includes cuts to wages, pensions and benefit payments and savings planned from an increase in the retirement age.

Greece, which is almost bankrupt, needs the troika's approval on the spending cuts to ensure the release of the next tranche of aid. Without that money, it will have to default and may have to leave the euro zone. 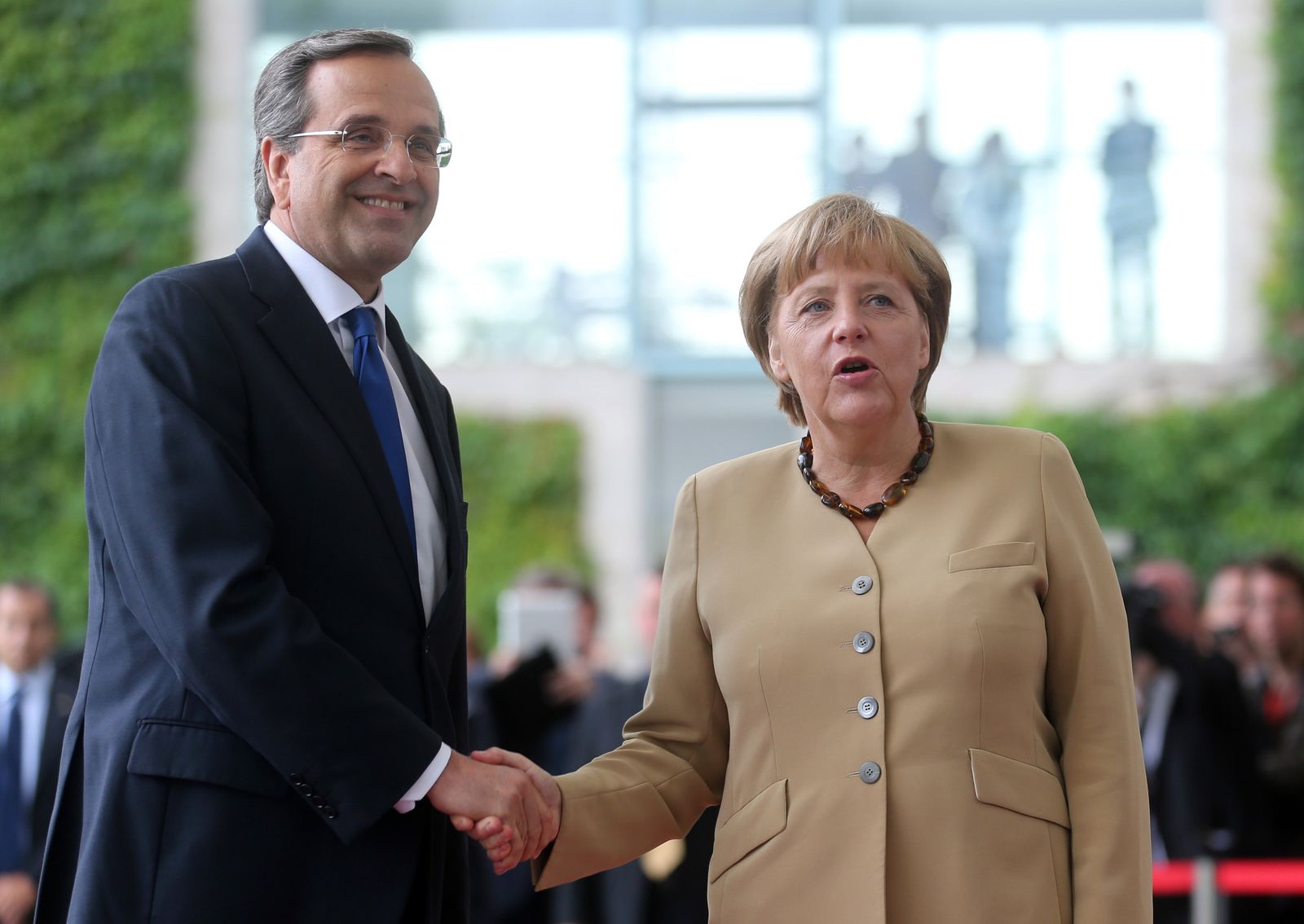 Greek Prime Minister Antonis Samaras during a meeting with Chancellor Angela Merkel in Berlin on Aug. 24.