German Finance Minister Wolfgang Schäuble has won support from EU Economic and Monetary Affairs Commissioner Olli Rehn for a proposal to set up a European monetary fund to tackle debt crises such as the one in Greece.

"We are working closely with Germany, France and the other EU member states on this issue," Rehn told the Financial Times Deutschland in an article published on Monday. "The Commission is prepared to propose such a European instrument that gets the support of the members of the euro zone." Any aid provided by the funds would need to be "combined with strict conditions," he said.

Greece has run up a budget deficit more than four times higher than the EU's limit of 3 percent of GDP, sparking market fears that it could default on its debt and threaten Europe's 11-year-old monetary union. The country has announced major spending cuts and tax hikes to reduce its budget deficit. The crisis has caused the euro currency to depreciate by around 10 percent against the dollar since the end of last year.

Schäuble told Welt am Sonntag newspaper on Sunday that he would soon be making proposals for an institution to help the euro zone deal with debt crises.

He said he was opposed to a bailout of Greece by the International Monetary Fund, which supports countries that run into payments difficulties and often demands tough market reforms in return. Countries such as Latvia and Hungary have received aid from the IMF but no euro zone member states have been bailed out by the Washington-based institution.

Germany and other euro zone countries have said Europe should handle the Greek crisis without outside help.

"The euro zone aims to be able to solve its problems itself," Schäuble said. "Accepting financial help from the International Monetary Fund would in my opinion be an admission that the euro zone countries cannot solve their problems alone."

Asked if Europe needed its own European monetary fund, Schäuble said: "We should calmly discuss what consequences should be drawn from the Greek crisis. We shouldn't rule out any proposals, including the establishment of a European monetary fund. We don't plan a rival institution to the International Monetary Fund, but for the inner stability of the euro zone we need an institution that has the experience of the IMF, and corresponding powers. I will shortly be making proposals on this."

Other members of Chancellor Angela Merkel's center-right coalition welcomed Schäuble's proposal, as did the opposition center-left Social Democrats, who said it was their idea.

Meanwhile, the governor of the Greek central bank, George Provopoulos, said Greece would not need foreign help to deal with its problems. Provopoulos told the Financial Times Deutschland that strong demand for a 10-year, €5 billion ($6.8 billion) bond Greece sold last Thursday showed Athens was capable of raising the funds it needs on the financial markets.

"A scenario in which help is necessary will not become reality," Provopoulos said in the interview, which was published on Monday.

But he added that if Greece needed foreign help, it should come from Europe rather than the IMF. "Greece is part of the euro family and if help were necessary, that should be the euro zone's job," he said. Greece last week presented a €4.8 billion ($6.52 billion) austerity package to reduce its deficit. It blamed market speculators, who are betting on a possible Greek default, for pushing up the cost of its borrowing.

French President Nicolas Sarkozy on Sunday promised Greece that euro zone countries would help it overcome its financial problems, and vowed a crackdown on financial speculators. He was speaking after talks with Greek Prime Minister George Papandreou, who has been touring European capitals in an attempt to get declarations of support that will reassure markets.

Sarkozy ruled out any immediate financial backing but stressed that his economy minister was drawing up possible aid plans. Merkel had said on Friday that the stability of euro zone was not currently at risk from the Greek debt crisis, so direct aid to Athens was unnecessary.

Speaking at a joint news conference with Papandreou after the two held talks, she called on Athens to implement reforms quickly. "Greece has not asked for financial aid. The euro zone is stable at the moment. And therefore this question (of aid) does not present itself," Merkel said.

There is strong public resistance in Germany to a bailout of Greece, and the crisis has triggered a media-driven war of words between the two countries over the last month.

Merkel also called for a crackdown on speculators. "It shouldn't be possible that speculators profit from the difficult situation in Greece and that's why we've got a joint responsibility. We've got to put a stop to the speculators' game together with other nations." 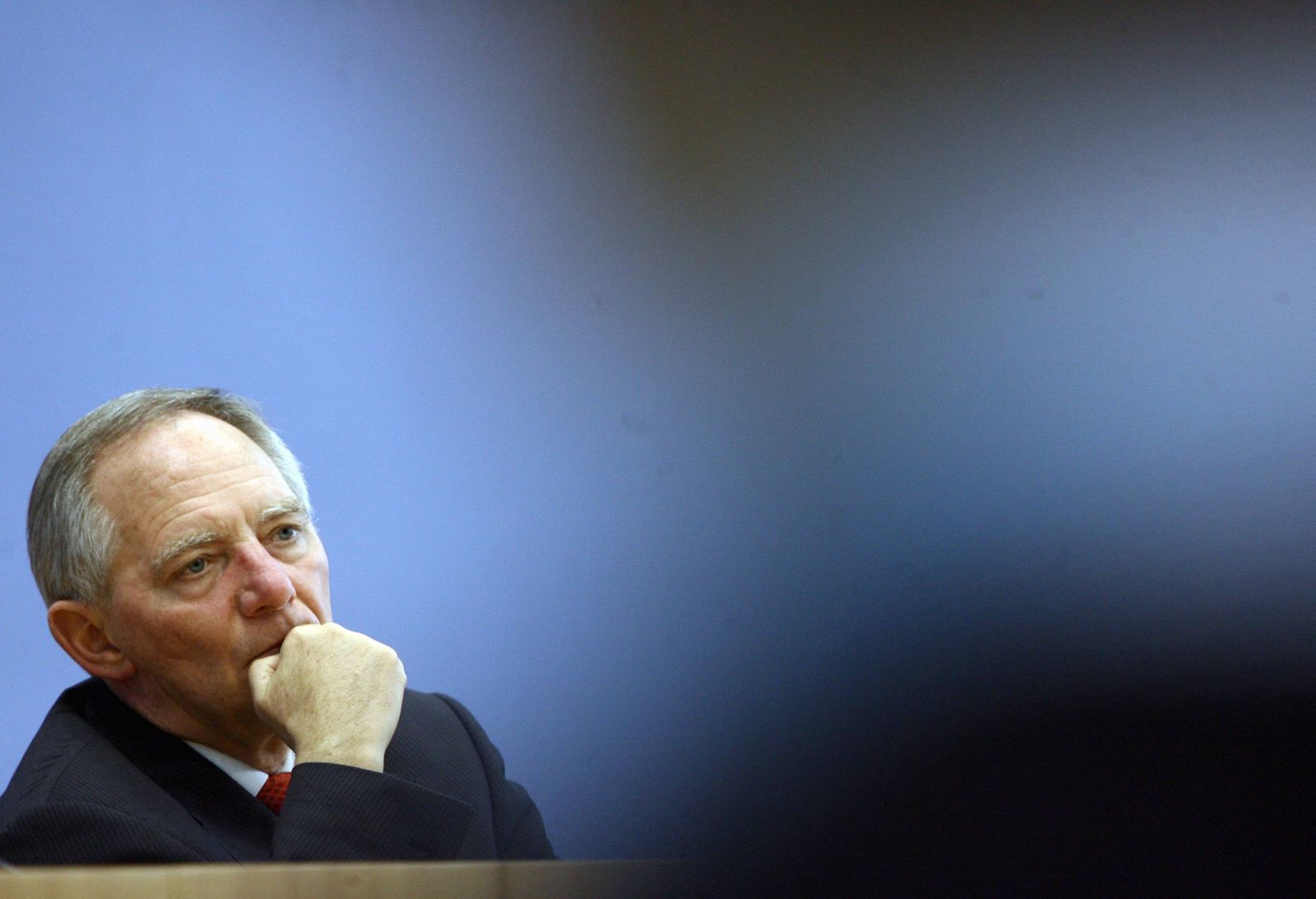