Calls for private creditors to bear some of the costs in the Greek debt crisis appear to be taking on more concrete form in Brussels this week. SPIEGEL has learned from sources with close knowledge of the situation that European Union finance ministers are considering a plan in which private creditors possessing Greek state bonds would be asked to cover €20 to €35 billion of the costs.

The model currently being discussed is a so-called rollover, which would see private creditors exchanging their existing outstanding debts from Greece with new securities with longer maturities. The move is being prompted by the increasingly disastrous financial situation in Greece.

Speaking before parliament in Berlin on Friday, German Finance Minister Wolfgang Schäuble said that "participation of private creditors in cases of insolvency is indispensable." He also said he had set up a working group this week charged with "finding a good solution for the involvement of the private sector that has to be supported by the European Central Bank."

Under the current European Union and International Monetary Fund bailout program passed in 2010, Athens is supposed to return to the financial markets in order to raise fresh capital starting in 2012. Earlier this week, however, German Finance Minister Wolfgang Schäuble of Chancellor Angela Merkel's conservative Christian Democrats wrote in a letter to other EU officials that it is "more than unreasonable" to think Athens can return to capital markets within that timeframe. The country is saddled with a massive €350 billion in public debt and structural reforms are only creeping ahead. Now EU officials believe the country will need to be propped up with many more billions in aid than previously anticipated.

In Brussels, EU officials believe that Greece's funding squeeze has risen to an estimated €120 billion, according to Reuters. A new aid package is expected to be created comprising some €90 billion in EU-IMF bailout funds, including the participation of private investors. The remaining €30 billion is intended to come through the privatization of Greek government-owned assets. The decision over the second aid package may be considered as soon as the next summit of EU leaders on June 24.

However, the rollover proposal has divided some in the EU. For some time now, the German government has been pushing for the private sector to step up and contribute to the bailout. Schäuble has called for creditors to extend the payback terms of Greek state bonds by seven years.

Other countries are also endorsing the idea of a rollover. Sources close to euro group chief Jean-Claude Juncker, who is also Luxembourg's prime minister, said the governments of the Netherlands and Finland also want the private sector to cover part of the new bailout plan. Without private sector participation, the government in Berlin fears that it won't be able to secure the parliamentary majority necessary to approve any new bailout package for Greece.

A Light and Voluntary Debt Restructuring

However, both the European Central Bank and France are insisting that any rollover be conducted on a voluntary basis. They fear that any move to force private creditors to participate might lead ratings agencies to punish Greece with a "default" rating.

But the ratings agency operate according to their own logic. A current statement by Standard & Poor's says that the agency would have no problem with a debt swap if it took place on a purely voluntary basis. If, however, default is possible -- as is the case in a country like Greece -- and a rating has already fallen, then "we may conclude that investors have been pressured into accepting because they fear more-adverse consequences were they to decline the exchange offer."

In other words, investors would only agree to a swap because they fear the issuer would fail to meet its original obligations. Thus, the rescue operation could actually be interpreted by the agencies as a prediction of insolvency. If that were to happen, Greece would be considered insolvent in the eyes of the financial markets and would be unable to raise money through private investors for some time to come.

Now, however, a compromise appears to be taking shape. It appears that the German government would be willing to agree to the voluntary participation of the private sector with the condition that as much of the sector come on board as possible. "It is possible to organize the participation of private creditors on a voluntary basis," Belgian Finance Minister Didier Reynders said. "Then Germany would also be able to agree." 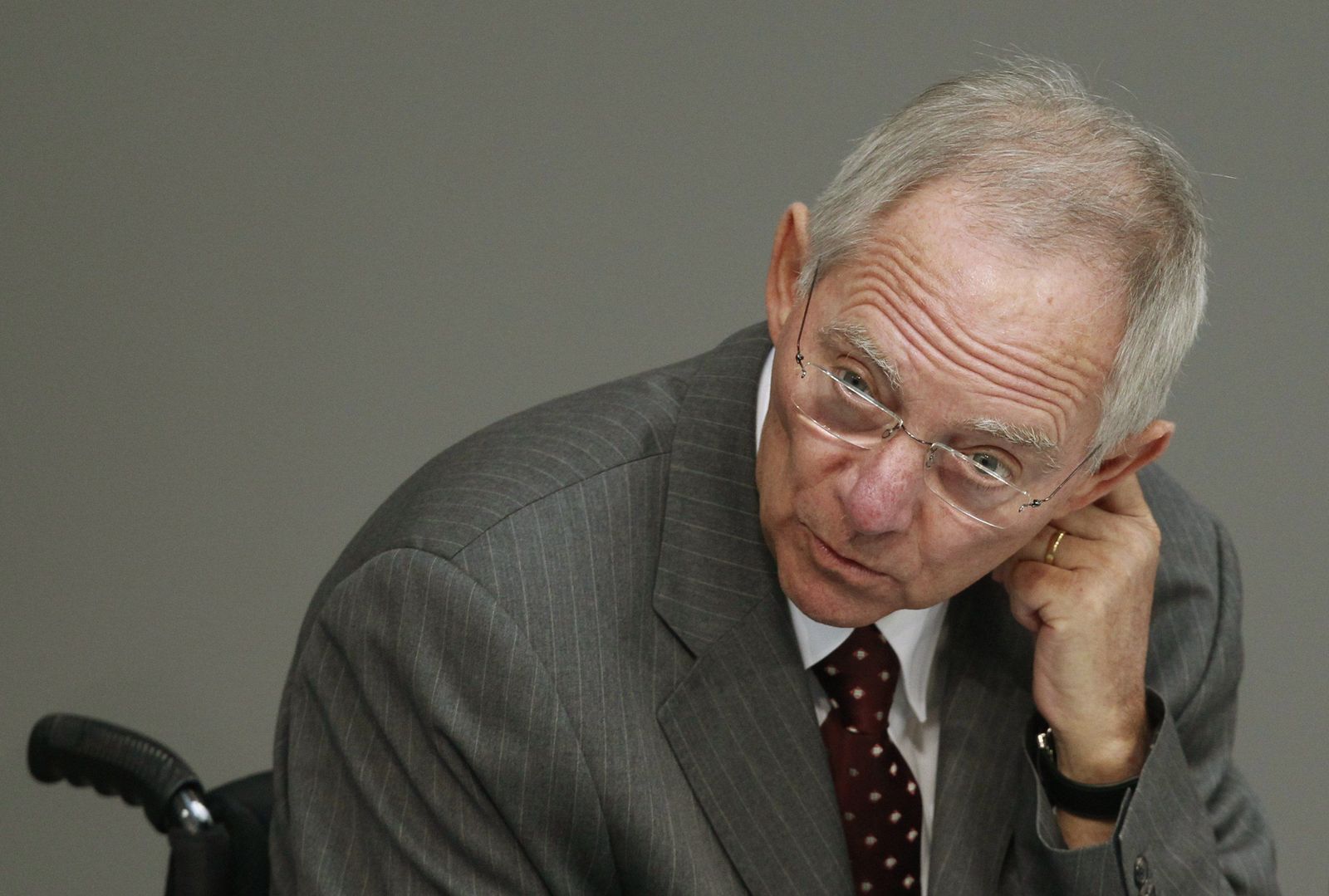 German Finance Minister Wolfgang Schäuble: Prospects for a swap of Greek debt appear to be improving.