The Greek right-wing extremist party Golden Dawn is establishing close contacts with Bavarian neo-Nazis and began setting up a cell in Nuremberg last year. The party, known in Greek as Chrysi Avgi, even held a conference in the southern German city recently.

Bavaria's state intelligence agency is particularly interested in meetings that have been taking place between right-wing extremists from Greece and those in Bavaria.

An umbrella organization of Greek communities in Germany has called on all Greeks in Germany to reject attempts by neo-Nazis to promote "violence, inteolerance and social cannibalism."

Golden Dawn is led by Nikolaos Michaloliakos and has called for a revolution in Greece and an "ethnically pure" nation. Members of the party are accused of physically attacking immigrants and members of the country's left-wing. They also regularly stage intimidating marches, wearing military uniforms and singing Nazi chants, in immigrant neighborhoods of Athens.

Support for the party has increased following the debt crisis and the radical austerity measures imposed on Greece by international lenders. Golden Dawn won seats in parliament for the first time in last year's election and is currently polling at 12 percent.

A spokesman for the Bavarian arm of the Federal Office for the Protection of the Constitution told SPIEGEL ONLINE: "Golden Dawn has an international network of contacts and also has contacts with Bavarian neo-Nazis. These contacts are nurtured through mutual visits and at meetings at right-wing extremist events in Europe." 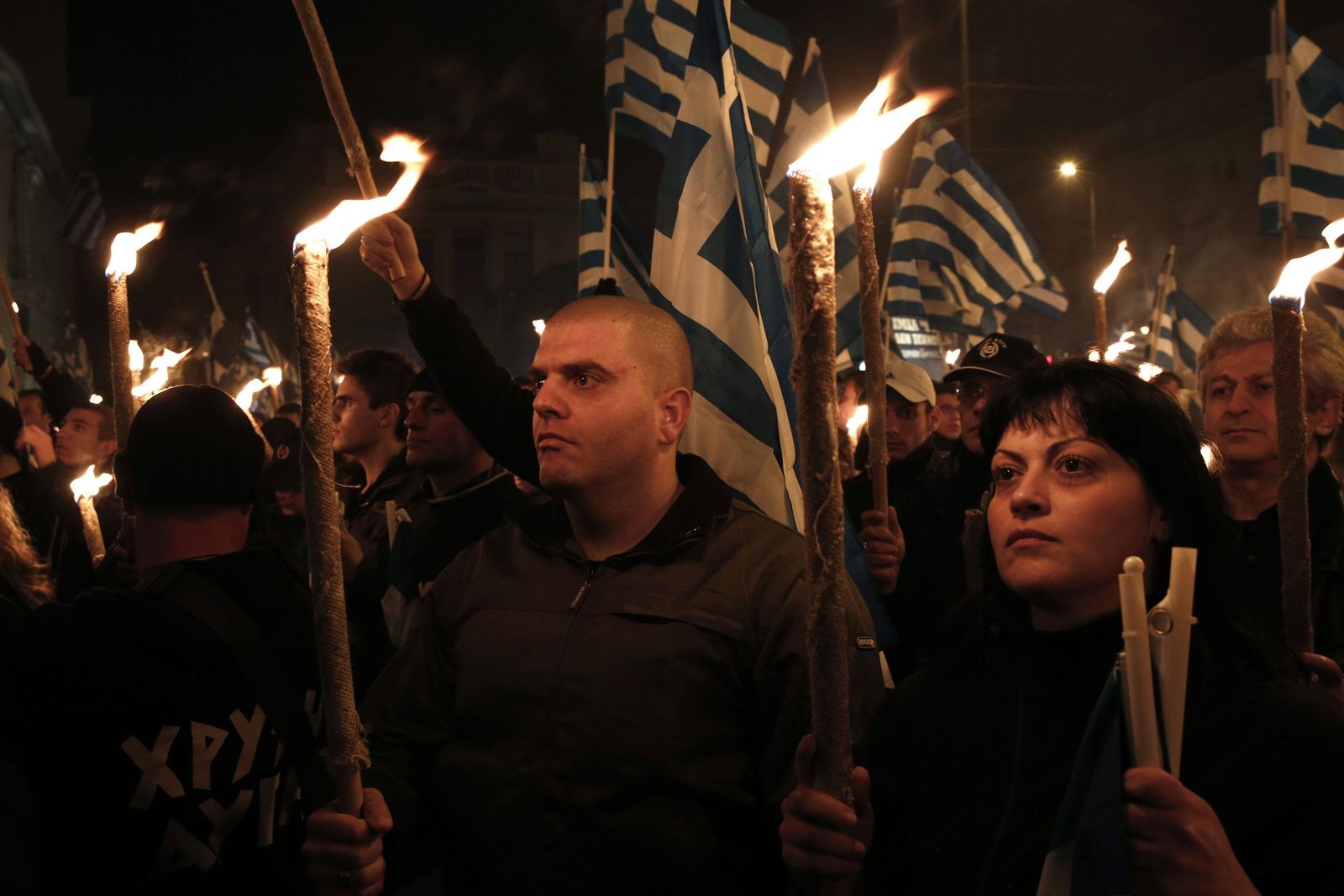 Supporters of the Greek right-wing extremist group Golden Dawn at a gathering in Athens on Saturday.