As he was campaigning ahead of June elections, Greek Prime Minister Antonis Samaras promised voters that he would request extra time to make an additional €11.5 billion ($14.3 billion) in cuts necessary to qualify for the next tranche of international aid. This week, he is taking steps to fulfil that promise.

Ahead of a Wednesday meeting with Euro Group President Jean-Claude Juncker and further talks later this week with German Chancellor Angela Merkel and French President François Hollande, Samaras told the German daily Bild that his country needed "breathing room" to get the economy back on track.

While he did not identify how much more time he would like, he has indicated previously that he would like an additional two years to implement the spending cuts. Greece's international creditors have made next month's crucial aid payment worth €31.5 billion dependent on concrete steps toward further austerity.

"We are not asking for additional money," Samaras said. "We stand by our commitments and to the fulfilment of the guidelines. But we have to stimulate the economy because that will shrink the deficit. All we want is a little breathing space to get the economy going and increase state revenues."

Not Much Sympathy in Europe

Samaras also told Bild that "more time does not automatically mean more money." But many in Europe fear that any slowdown in Athens' efforts to reduce its budget deficit would necessarily open up new financing holes. Indeed, the Greek government itself assumes that the delay would create a need for an additional €20 billion over the next two years, according to a government document reported on by the Financial Times last week. Greece, though, hopes to be able to raise the additional money from sources other than its European partners and the International Monetary Fund (IMF), the paper reported.

Despite the dire state of the Greek economy and the deep sacrifices already made by the country, it seems unlikely that Samaras' request will find much sympathy in Europe, particularly not in Berlin. Chancellor Merkel is facing increasing skepticism within her coalition government when it comes to bailing out Greece. Several senior politicians from her conservatives and from the ranks of the Free Democrats, her junior coalition partner, have been increasingly open about their unwillingness to grant further concessions to Athens.

Furthermore, the troika of international lenders, made up of the European Commission, the European Central Bank and the IMF, is currently preparing its next report on the progress made by Athens in achieving its austerity benchmarks. According to a Monday report in SPIEGEL, that missive, the final version of which is due out at the beginning of September, will conclude that Greece needs to find €14 billion in cuts instead of the €11.5 billion previously assumed. The troika found that the country's privatization program is not proceeding as planned and tax revenues are lower than hoped.

The slew of bad news from Athens has led many leaders, especially in Germany, to openly speculate about Greece's exit from the euro zone. Even German Economy Minister Philipp Rösler, who is also Merkel's vice chancellor, said that a Grexit had "lost its horrors" for him. Samaras, however, told Bild that "we have to get out of the negative psychology, which is akin to a deep black hole... . It isn't fair when some in Europe want to push us back into this hole."

He also warned against allowing his country to go bankrupt. "If Greece were allowed to fail now, the insecurity and vulnerability of other euro-zone member states would grow, not to mention the dramatic consequences on the financial markets," Samaras said.

When asked about a possible return to the drachma, the Greek prime minister was categoric: "For God's sake no. The consequences would be catastrophic for Greece... It would be a nightmare: economic collapse, social unrest and a never-before-seen democratic crisis." 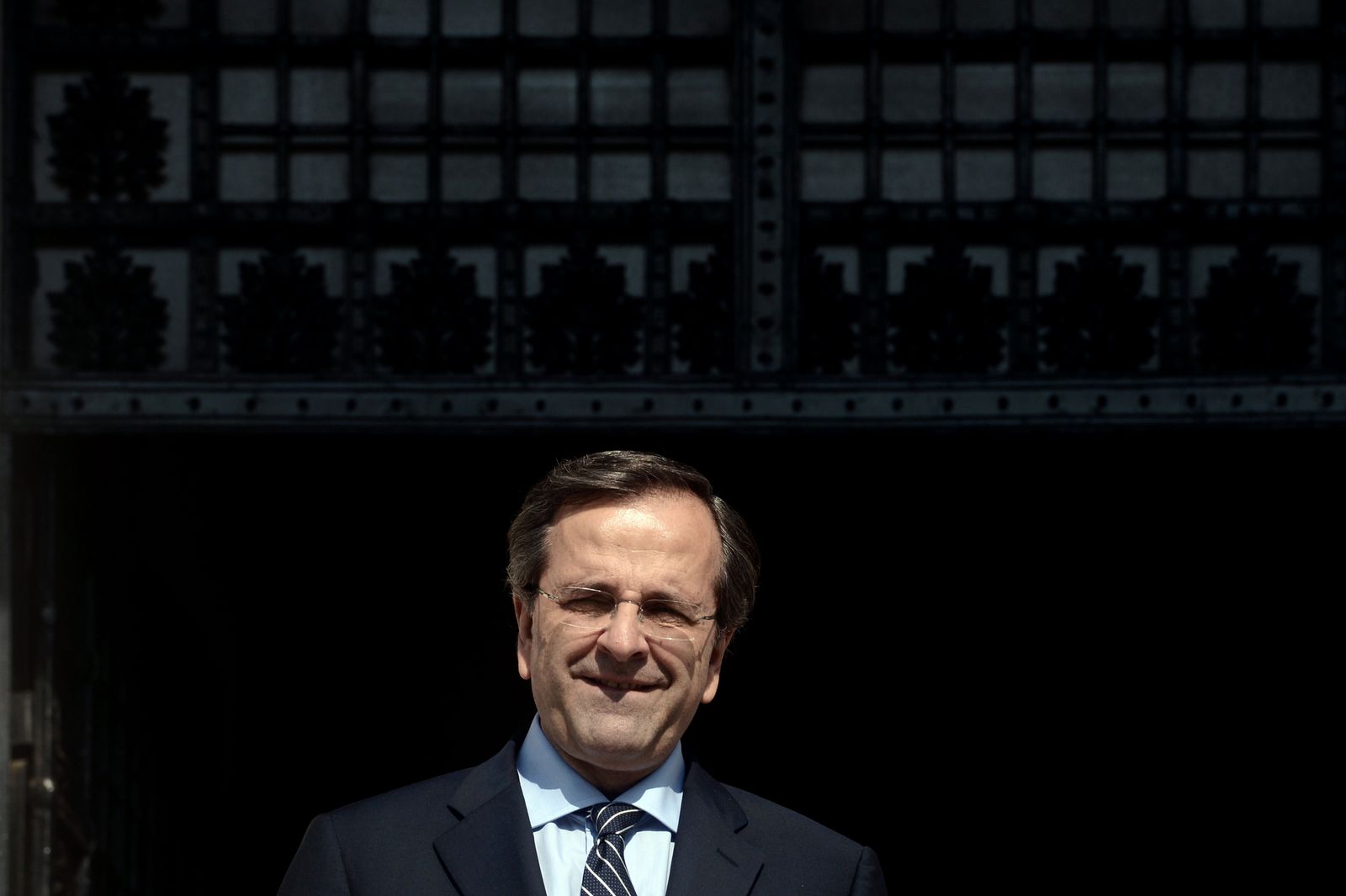