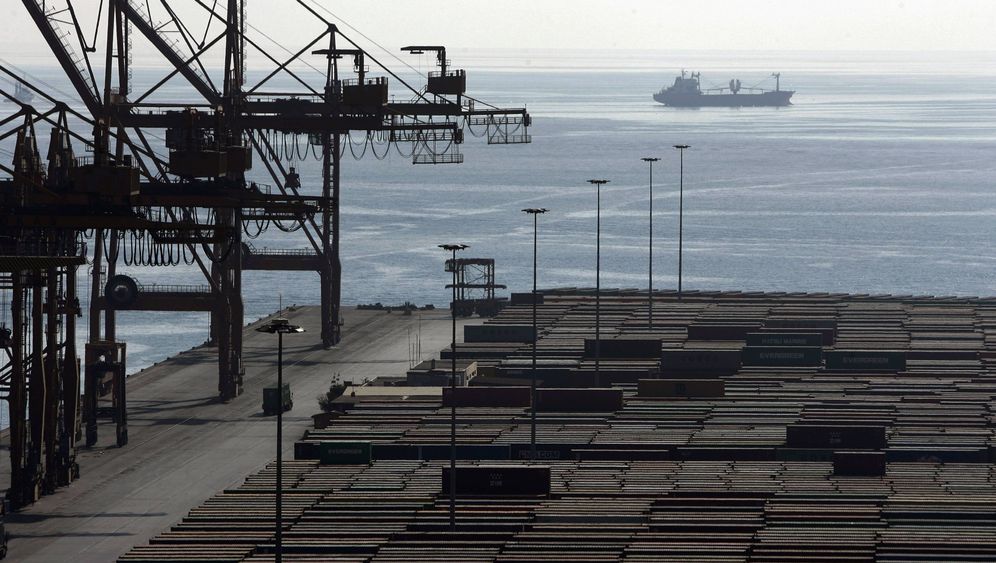 There was a time when Greece's shipowners adorned the covers of gossip magazines and ran football clubs, secure in the affection of millions of fans. But these days, men like Theodoros Veniamis, one of the richest shippers in the country, need personal protection. Many don't leave home without it.

On the list of Greeks hated by their countrymen, shipowners have almost reached the top; only politicians are more reviled. They are threatened by radical leftist groups and even physically attacked. There have also been attempted kidnappings. In at least one case, a family of a shipowner paid millions in ransom.

Shipping magnates in Greece are considered greedy and unscrupulous. According to international analyses, at least €140 billion of shipping industry money has gone untaxed since 2002, a sum that would reduce the critically indebted country's financial obligations by almost half. In Switzerland alone, there is thought to be up to €60 billion in Greek funds, mostly belonging to shipping companies. They were partly accumulated legally, thanks to a web of special regulations allowing tax exemptions for ship owners, and partly illegally, through outright tax evasion. In the past year, Viktor Restis, a shipping company owner, was arrested under suspicion of money laundering.

But that's not all. Greece remains a country in crisis. Unemployment stands at 27 percent, tax revenues are stagnant and Athens is haggling with international lenders over a potential new debt cut. Meanwhile, shipping companies are expanding their fleets as if money were no object.

Last year, they ordered 275 new ships worth almost €10 billion, more than any other country in the world. A similar sum was invested in the renovation of their fleet. In just the first weeks of this year, Greek shipping companies ordered 15 used and 19 new ships worth about €5 billion. It's almost as if there hadn't been a shipping crisis over the last several years.

"We follow our own metabolism," says Veniamis. "We buy when the times are hard. It's our recipe for success." Because many Greek shipping companies are family-owned -- unlike the publicly owned corporations that make up much of their international competition -- they can afford such a strategy, he says. "The money comes from our own pockets."

But when asked how that money arrived in his pocket, he becomes quiet. Veniamis, 63, runs the Golden Union Shipping Company, which has a fleet of 52 ships. He is ranked 51st on Lloyd's registry of the most influential shipowners. As the president of the Union of Greek Shipowners he also speaks for approximately 800 shipping families commanding 5,000 freighters, container ships and tankers -- the largest trade fleet in the world in terms of capacity.

When asked about tax evasion and the investigations into at least 46 shipowners, he becomes vague. In Germany too, there are "many ways to avoid paying taxes," says Veniamis. "We are competing with the entire world. But nowhere else are the businessmen as patriotic."

And what about the so-called "Lagarde list," named after the former French finance minister, which lists over 2,000 offshore accounts in a Geneva bank? Of the names on the accounts, over 100 are suspected to belong to shipowners or their wives.

"Exceptions," says Veniamis -- isolated incidents, in which private real estate or family property had been cycled through company balance sheets. They are black sheep, he says, of the kind that exist everywhere. Then he quickly changes the subject and describes how his group supports 12,000 ailing families by sending them monthly grocery deliveries containing everything "from olive oil to croissants."

Veniamis also doesn't like to talk about the fact that almost all European countries subsidize their shipping companies in order to keep them competitive with those from the Far East. The tonnage tax, which is standard worldwide, is one form of this support. It's a kind of flat-rate tax, mostly dependent on the size and capacity of the ship, but not of its actual profits.

The rate per ton differs, but according to experts, there's nowhere in the world where ship owners are as spared from financial burdens to the degree they are in Greece.

Greek shipping companies, and those that operate in the country, are nearly exempt from taxes or duties, and income from international business needn't be taxed at all. Even when a shipping company sells a ship, it isn't taxed. The opposition party Syriza recently counted a total of 58 special rules and demanded that they be changed. "We have never had a different system," says Veniamis. "We pay taxes as private people just as others do."

Up to 7 percent of Greece's economic output depends on shipping, he says. The country's merchant marine, he claims, employs more local officers per ship than Germany. But as it turns out, that means only about 30,000 Greeks, and the sailors' union complains of a 70 percent unemployment rate. The union also argues that, while Greek shipowners privately paid €15 million in taxes into the state coffers in 2012, the sailors paid over €55 million.

But now the ship owners are facing pressure. The government in Athens has extracted their approval to voluntarily double tonnage-tax duties, a move that is expected to translate into €140 million in tax revenues from the shipping industry annually for the next three years.

The businessmen basked in the public praise generated by their compromise. But shipping companies believe the deal will only cost them €100 million a year, much lower than Finance Ministry expectations. And they're asking for considerably more time to pay it.