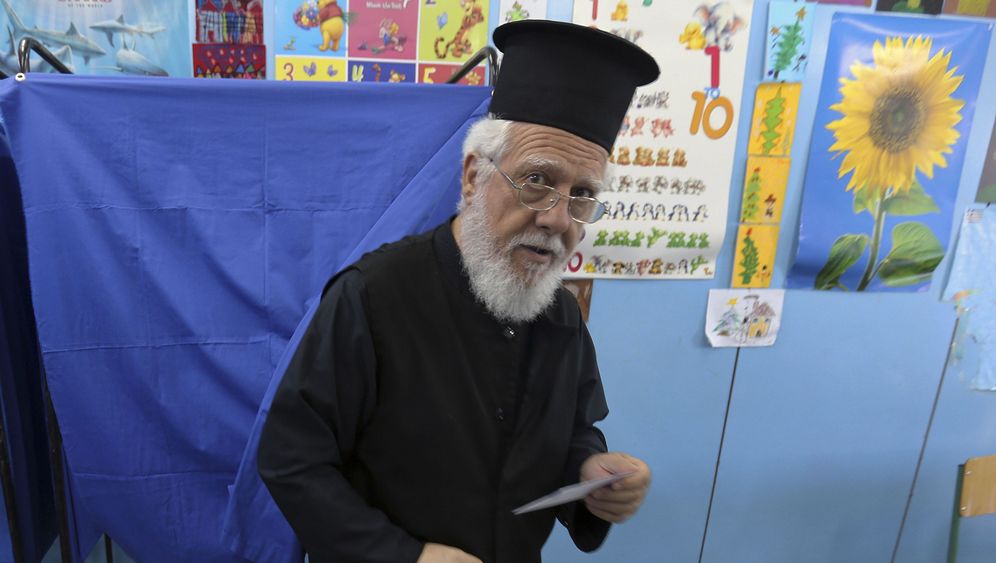 Of course they did it. It had been clear for some time now that, during the first parliamentary election since the debt crisis struck, Greek voters would punish both of the two parties that have traditionally been the country's biggest: the conservative Nea Dimokratia (New Democracy) and the socialist PASOK. After all, the fates of these two parties are too closely linked to the country's catastrophic state.

Still, it remained unclear whether this punishment, which had been foretold in every poll, would merely be a warning issued by voters or if it would be a full-blown knockout for the two major parties.

It was something in-between the two that emerged on Sunday: A powerful flogging from voters, but not a knockout. ND remained the country's largest political force with 20.1 percent of the vote, the socialist PASOK party plunged from 44 percent to just 13.9 percent with the anti-bailout, leftist Syriza party sneaking in between the two with 16 percent of the vote. The right-wing extremist party Golden Dawn ended up with 6.8 percent and will enter parliament.

Despite heavy losses, the conservatives under Antonis Samaras emerged as the de facto victors. But without much of a plan, the party is hardly a convincing winner. Instead, Samaras insisted on his mantra "I want to govern alone" throughout much of the campaign. Having received a mere one in five votes cast, that mantra proved laughable.

The Debt Crisis Strikes Both Parties

The socialists with PASOK suffered even worse losses. After the last election in 2009, the party emerged as a dominant political power and had no need to form a coalition. Now, though, the party joins the ND as having fallen victim to the debt crisis the two parties helped cause. PASOK was hit harder than ND because it hadn't spent the previous two-and-a-half years in the comparatively comfortable ranks of the opposition. Unlike the duplicitous Samaras, former Prime Minister Giorgios Papandreou was in the hot seat, followed by Evangelos Venizelos, first as finance minister, then as party leader. It was Venizelos who had to step into the breach and try to persuade the Greeks to accept the hated austerity policy imposed by the troika -- made up of the European Commission, European Central Bank and International Monetary Fund -- as a "painful but secure path."

It was clear that voters would punish him and his PASOK for taking that path. The Socialists are now only the third-largest force in parliament, behind the ND and the alliance of the radical left, the so-called Syriza.

But it wasn't just the two big parties that got slapped down by voters. The election dealt the biggest blow to the EU-IMF strategy for saving Greece. The vote showed the Greeks don't want to be rescued in this way. The austerity measures are seen as too severe, and the international interference -- especially by Germany -- as too harsh. The impact of the measures on Greece's ego was too great.

Politicians from PASOK and other parties said the campaign wasn't exactly helped by the public threat voiced by German Finance Minister Wolfgang Schäuble that the Greeks would have to "expect consequences" if they didn't vote according to the line set by the international community.

Alongside smaller parties, like the neo-Nazis of "Golden Dawn" who entered the Greek parliament for the first time with around 6 percent of the vote, the main beneficiary of the public anger is Alexis Tsipras, the head of Syriza. With his rhetoric against the bailout package and against the "foreign forces bent on impoverishing Greece," he pushed PASOK from second place and now stands between the two big parties with his Left Coalition.

If Samaras fails to form a coalition government despite his theoretical majority in parliament, Tsipras will be allowed to give it a try three days later.

Even before the final results were in on Sunday, Tsipras spoke of a "day of celebration for democracy following two-and-a-half years of barbarianism." He left no doubt as to what he meant by that. He is clear in his rejection of the strategy followed by the EU and IMF: "The signatures that others have made no longer count." For him, his election victory means nothing short of "a change of direction for Europe."

They are grand words, and typical of the 39-year-old engineer, but he must first live up to them. Just how Syriza might go about creating a stable governing coalition is difficult to see. Indeed, the party's significant jump in support could turn out to be a Pyrrhic victory given the skepticism potential coalition partners have displayed toward Syriza, despite significant efforts at courting other parties. The Communists have vowed not to form a coalition with Syriza and the other leftist parties are too small to amass the 151 necessary seats in the 300-seat parliament.

The two large parties, however, are divided by ideology. In Greece, the political spectrum is no longer defined by right and left, but by yes or no to the bailout package. A significant factor for Tsipras' strong election showing was his consistent rejection of the bailout package, which was only supported by ND, PASOK and a small liberal party. On Sunday night, he vowed to overturn the conditions attached to that aid.

Syriza itself is very critical of the European Union. But it does not support withdrawing from the euro as do the communists. On the contrary, Tsipras said that Greece must "remain a link in the chain." Only then "can it secure the support of Europe." In other words, he is hoping for additional billions from Europe or even a kind of "Marshall Plan" to promote economic growth.

Tsipras has also declined to throw his support behind the structural reforms demanded by Europe. He has even called for hiring more civil servants. It is a plan that hardly sounds like a convincing alternative to that called for by the troika strategy; it is, once again, the rhetoric of resentment. It is hardly a surprise that such a message found success among the suffering Greeks. After all, the majority of the population is against the brutal austerity measures Athens has been forced to adopt, but they want to hang on to the common currency nonetheless. Whether this gap can be bridged will become clear in the coming days.