Who will bleed for Greece? For weeks, private creditors like banks and insurers have been trying to negotiate a debt rescheduling with the country without success. Even when they seem close to agreement, it remains unclear if all creditors are on board. In particular, hedge funds that own Greek bonds could have a significant interest in ignoring the results of the negotiations, instead preferring to focus on an official national default.

Bank representatives assume in the meantime that many hedge funds are not really interested in an agreement. With a controversial investment strategy they have assured themselves of profiting with either a low level of Greek bad debts, or a complete Greek bankruptcy.

At issue are Greek bonds with a total volume of about €200 billion. How many are owned by hedge funds is unclear, but the amount is estimated to be about €70 billion (including other funds).

The bondholders are expected to voluntarily give up 50 percent of their claims. Another 15 percent is to be compensated with either cash or secure bonds of the European rescue fund EFSF. The remaining 35 percent should come in the form of new Greek bonds, that will likely reach maturity in 30 years.

The amount of money the creditors will actually have to give up depends on the interest rates on the new bonds. The Institute of International Finance (IIF), which is leading the negotiations with Greece, is insisting on an average of at least four percent. The euro-zone finance ministers and the International Monetary Fund (IMF) have instead insisted on rates lower than four percent, in order to make the burden on Greece more bearable. The banks calculate that this means they would actually lose closer to between 70 and 80 percent of their claims, and they are balking.

'Not Worried About Their Public Image'

For some hedge funds, the fight over interest rates has given them more incentive to push for a breakdown of the proposed plan. Officially, they are in the same boat as the banks and insurance companies. But in reality their interests are vastly opposed. "Hedge funds don't need to worry about their public image," one banker says. Their reputation has already been destroyed. Therefore, they can be relatively cavalier in gambling with the possibility of a Greek bankruptcy.

In an internal analysis of the German Savings Banks Association (DSGV), which represents the public banks, the hedge funds come off fairly badly. With the financial investors "only the performance" is most important. There is "hardly a political or economic corrective factor," such as long-term customer or contractual relations, the analysis says. Therefore, "one can conclude that they are not really interested in an actual Greek rescue."

Unlike the creditors who have long held Greek state bonds and definitely stand to lose in the case of a Greek debt haircut, some investors have only jumped in over the past few weeks. They have stocked up not just on Greek bonds, but also on the related Credit Default Swaps (CDS). These Credit Default Swaps guarantee the buyer protection in the event that the underlying bonds default. "This week alone there will be scores of new CDS transactions," one insider says. "And some of them at exorbitant prices."

Those who in the past few days have bought Greek state bonds worth €1 million euros and wanted to protect them against loss with CDS, would have had to pay more than €400,000 or even €500,000. And they fluctuated wildly -- depending on the news, the price of CDS rose and fell sharply. That indicates that the CDS are being used mainly for gambling.

This example shows how the calculations made by short-term investors work:

But there are other ways in which the poker game can play itself out, and the funds can make large profits.

If the Institute of International Finance (IIF) and Greece agree on a voluntary haircut, it is attractive for the hedge funds holding the CDS to simply not to take part. In this case, there are three possibilities:

The strategy does have one snag. The hedge funds assume that in the event of a payment default all CDS providers can pay. That is by no means certain, though. The CDS papers are distributed opaquely throughout the financial system. No one knows for sure who holds them at a given time, and who, in the end, will be responsible for them.

The majority of large banks have both issued and bought CDS. The net risks are therefore officially quite small. But should only one of the larger CDS issuers turn out to have difficulty paying, a chain reaction could be possible with unknown consequences. Under that scenario, it would also likely affect the hedge funds. 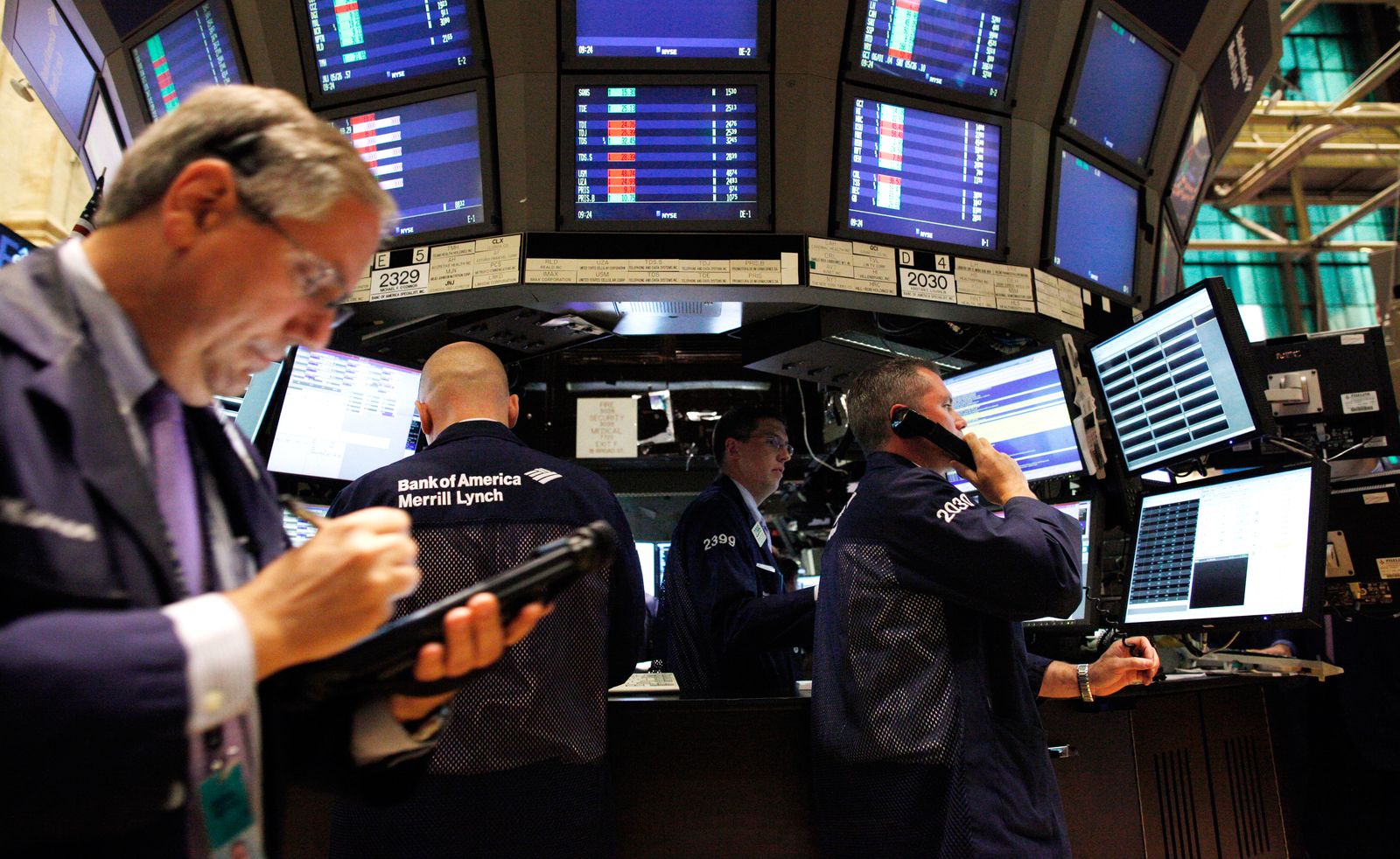 On the floor of the New York Stock Exchange, where halting negotiations over Greece have strained business.